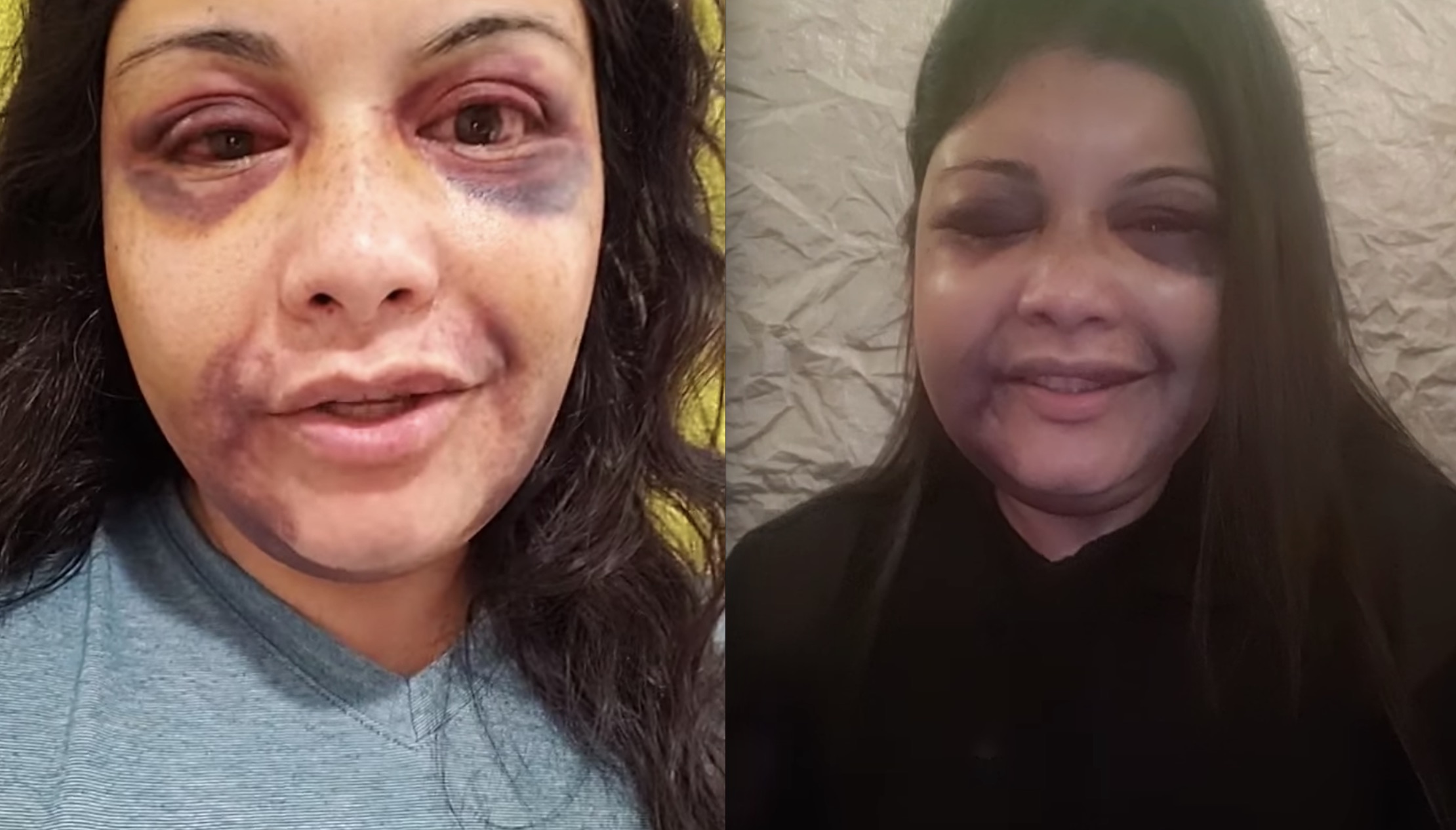 Tijerina, who lost in the Texas election in November, said she received a call from someone asking to meet at the Texas Inn in Raymondville to discuss “something very important regarding her safety,” news station KVEO reported.

“They made it seem like they had something really, really important to tell me and they couldn’t tell me on the phone,” Tijerina said in a Facebook Live video, adding, that she was “terrorized, bound, gagged, tortured” in another.

She said the attackers stole her car, money, and “everything from me” — including her children’s Christmas presidents.

“I knew if I fought back that I would not live,” Tijerina said, adding that “somebody wanted this done to my face.”

Tijerina additionally posted graphic photographs of herself following the attack, revealing bruises covering her face. The former candidate included the number of the Raymondville Police Department, asking anyone to call if they have information regarding the incident.

“This was purely a hate crime,” Tijerina added in a tweet. “The person ordering the torture on a live stream is still unidentified.”

12.24.2020 I was violently terrorized, bound, gagged & tortured. 3 have been arrested. This was purely a hate crime. The person ordering the torture on a live stream is still unidentified. Please call 9566892441 for any information.
Thank y’all #VanessaTijerina #JusticeForV pic.twitter.com/QvDGGQejje