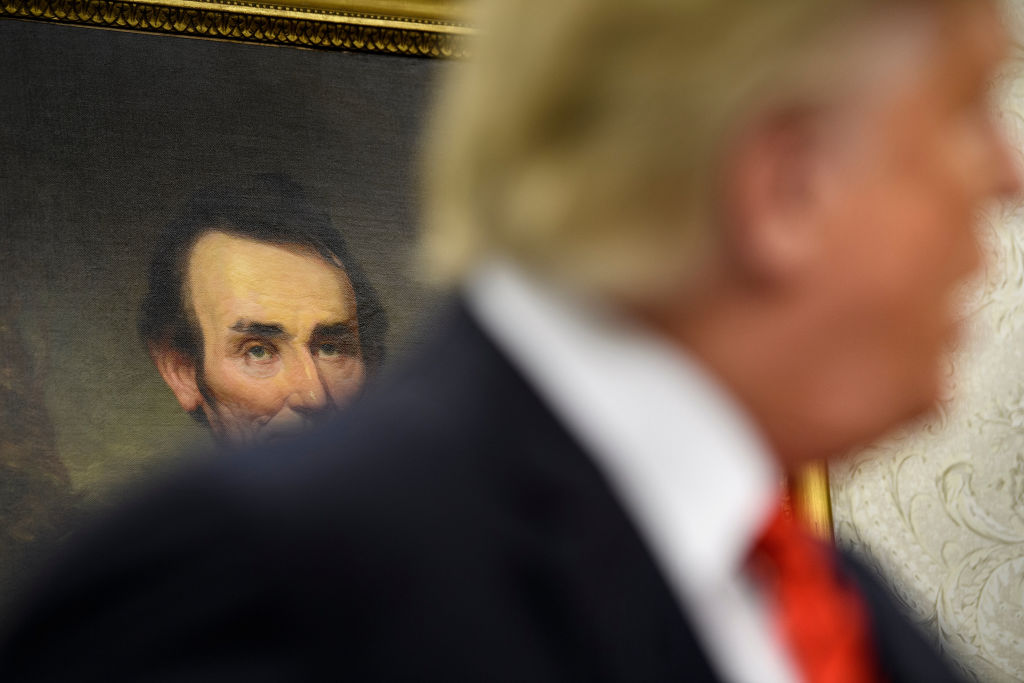 CNN commentator John Avlon expressed his frustration Sunday with Republicans who are supporting President Donald Trump’s baseless election challenges, saying that the GOP was “the party of Lincoln, but now in name only.”

Avlon made the comments in a joint appearance with his wife, Margaret Hoover, on CNN Newsroom with Ana Cabrera.

Cabrera noted that Trump was continuing to refuse to concede, even after the Supreme Court refused to hear the lawsuit filed by the Texas Attorney General, and some of his supporters were ramping up their rhetoric. “The Texas GOP chairman basically floated secession,” said Cabrera. “Where does this end?”

After Hoover commented on how “20 years of hyperpolarization” and the pandemic had contributed to “a lot of instability,” leading to a “truly problematic” situation, Avlon added his thoughts.

“That’s a sickness in our politics, specifically in the Republican party,” said Avlon. “And the terrible irony, of course, it’s the party of Lincoln, but now in name only.”

“You have folks advocating secession?” he continued, referring to the Civil War. “We did that once before. The Republicans were on the right side of history there. They’re on the wrong side of history now.”

Hoover concurred, saying that while she had “never been a very strong supporter of President Trump,” she had “never felt farther from the Republican Party” than now, stating that she was no longer able to “recognize people that I used to sit at tables with, that worked with me in George W. Bush’s White House, who went on to be members of Congress [and then] signed on to that that amicus brief to overturn the election.”

“This ends not well for the Republican party, I think,” Hoover concluded.