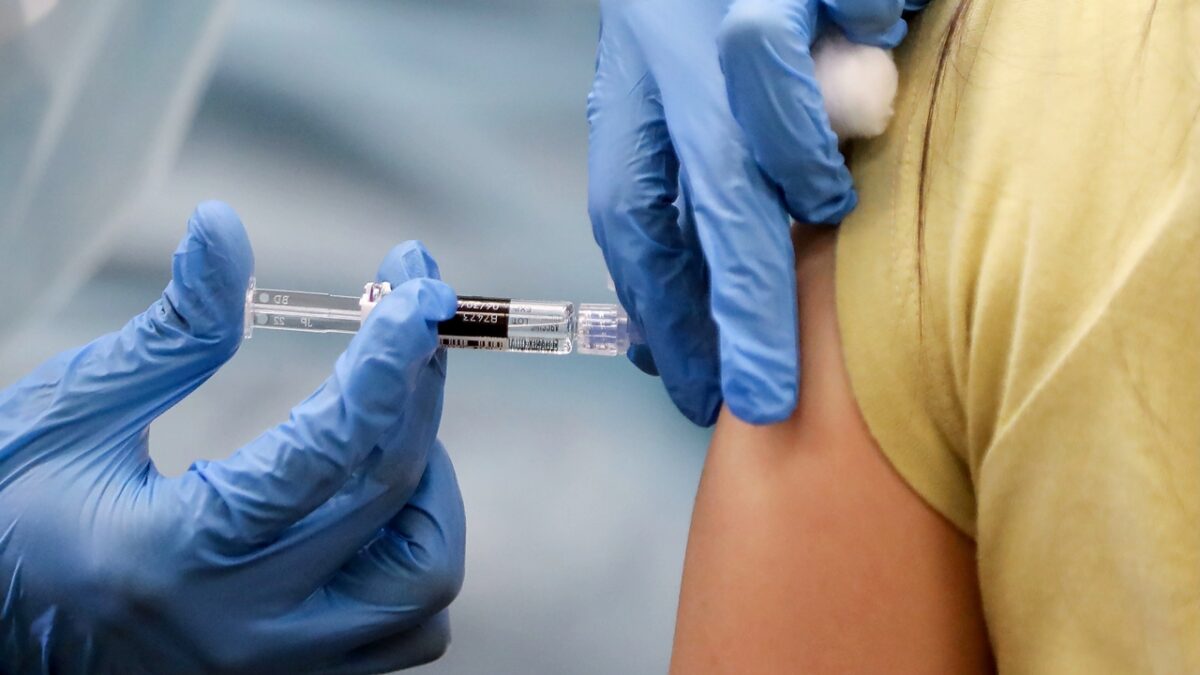 After a report by the New York Times Sunday that White House staffers would be among the first to get the coronavirus vaccine sparked backlash, President Donald Trump tweeted that they would not be getting special priority “unless specifically necessary,” and added that he himself was not currently scheduled to receive the vaccine either.

The original Times report by Annie Karni and Maggie Haberman cited two sources “familiar with the distribution plans” who said that White House staff members who work in close proximity with the president had been told they would be receiving the vaccine soon.

The first shipments of Pfizer’s vaccine left the pharmaceutical company’s Michigan manufacturing facility on Sunday, and currently, theirs is the only one to have received emergency use authorization from the FDA. The necessity of administering two doses plus the ultra-cold storage temperatures the vaccine requires for stability mean that they have not yet been able to manufacture enough for the entire American population. Other companies, including Moderna and Johnson & Johnson, have vaccines close to approval, but overall it is expected to take well into 2021 before many Americans have access to the vaccine.

“The goal of distributing the vaccine inside the West Wing is to prevent additional government officials from falling ill in the final weeks of the Trump administration,” reported Karni and Haberman.

The White House has been the scene of a series of coronavirus outbreaks that have included Trump himself, First Lady Melania Trump, White House Chief of Staff Mark Meadows, Vice President Mike Pence’s chief of staff Marc Short, White House Press Secretary Kayleigh McEnany, and scores of other advisers, staffers, and members of the press corps.

The Trump team’s messaging on the pandemic, seeking to downplay its severity and often eschewing masks at White House and campaign events, struck many as hypocritical when hearing about the White House staffers’ priority access to the vaccine.

Former top aide to Sen. Amy Klobuchar’s presidential campaign Tim Hogan called the decision “a final middle finger to the nurses and doctors on the front lines from the Trump administration,” and questioned how “a White House that downplayed the virus and held a half-year nationwide super spreader tour gets to cut the line.”

Karni tweeted another source for the story later Sunday evening, saying that an NSC spokesman had confirmed it and said that Americans “should have confidence that they are receiving the same safe and effective vaccine as senior officials of the United States government.”

NSC spokesman confirms — “The American people should have confidence that they are receiving the same safe and effective vaccine as senior officials of the United States government.” https://t.co/RJgTUTsuDg

CQ Roll Call Chief Correspondent Niels Lesniewski tweeted his own confirmation with NSC of the vaccine priority decision “across all three branches of government for continuity of government.”

Trump weighed in on the controversy around 10:30 pm ET, tweeting that his administration’s staffers “should receive the vaccine somewhat later in the program, unless specifically necessary,” and that he had “asked that this adjustment be made.” He also added that he himself was “not scheduled to take the vaccine, but look[ed] forward to doing so at the appropriate time.”

People working in the White House should receive the vaccine somewhat later in the program, unless specifically necessary. I have asked that this adjustment be made. I am not scheduled to take the vaccine, but look forward to doing so at the appropriate time. Thank you!

Since Trump and many of his inner circle contracted Covid-19 within the past few months, they likely have some immunity from antibodies, although it is not known how long such immunity lasts.

The more important issue may be that there is a need for a massive public education effort regarding the safety and efficacy of the vaccine, to encourage as many Americans — especially those who are more vulnerable to the virus — to get the vaccine. After months of Trump disdaining, and even mocking, face masks, it was well-documented that his supporters refused to wear them at his crowded campaign rallies.

President-elect Joe Biden has said that he will take the vaccine as soon as Dr. Anthony Fauci recommends it, and is willing to do so publicly to encourage Americans to follow his lead. Past presidents Bill Clinton, George W. Bush, and Barack Obama have made a similar pledge.

If Trump is not willing to get the vaccine immediately, and publicly, it may send a chilling signal to his most die-hard supporters that it isn’t safe and they shouldn’t trust it either.