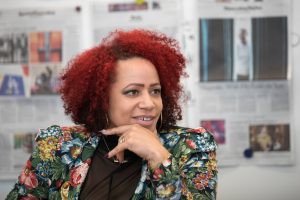 Since the board’s OK on June 27, we’ve been in a hard pivot from our usual in-person four-day Excellence in Journalism conference to a tight, two-day virtual iteration now called SPJ2020.

Here’s what you’ll get Sept. 12-13 for the very affordable ticket price — $45 for professional members and $25 for student members:

Thanks to the efforts of a dedicated Conference Planning Committee — me, President-Elect Matt Hall, board member Mike Reilley, SPJ Foundation member April Bethea, Dee Ann Divis of the DC chapter and AmyJo Brown of the Pittsburgh chapter, plus Executive Director John Shertzer and Development Director Larry Messing – SPJ2020 will be a highly relevant, on-point gathering, well worth a few hours of your September calendar. SPJ Web Adminstrator Billy O’Keefe is hard at work on the conference site, which we’re aiming to open for registrations around Aug. 1.

By the way, we’ll strip out some of the usual “business of SPJ” from the conference to stage at other times. That includes meetings of the SPJ and SPJ Foundation boards and our annual celebration of student Mark of Excellence awards. Other business matters will be incorporated in new ways. Candidates for board and RC positions, for instance, will submit pre-recorded speeches, as will winners of various awards. We’re working on how to handle voting on candidates (open to all members) and resolutions (open to chapter delegates).

Speaking of the next board meeting (the last one of my term!), that is set for Saturday, Sept. 5, noon-3 p.m. ET. The board will consider Year 1 of a long-awaited strategic plan; an update on the finances and database of SPJ; and future conference locations, among other topics. Watch future Leads newsletters for the meeting packet.

A few other shoutouts:

Defending the First Amendment and promoting open government are more crucial now than ever. Join SPJ’s fight for the publics right to know  either as an SPJ Supporter or a professional, student or retired journalist.


This entry was posted by Patricia Gallagher Newberry
on Wednesday, July 22nd, 2020 at 3:07 pm and is filed under Uncategorized.
You can follow any responses to this entry through the RSS 2.0 feed.

You can leave a response, or trackback from your own site.