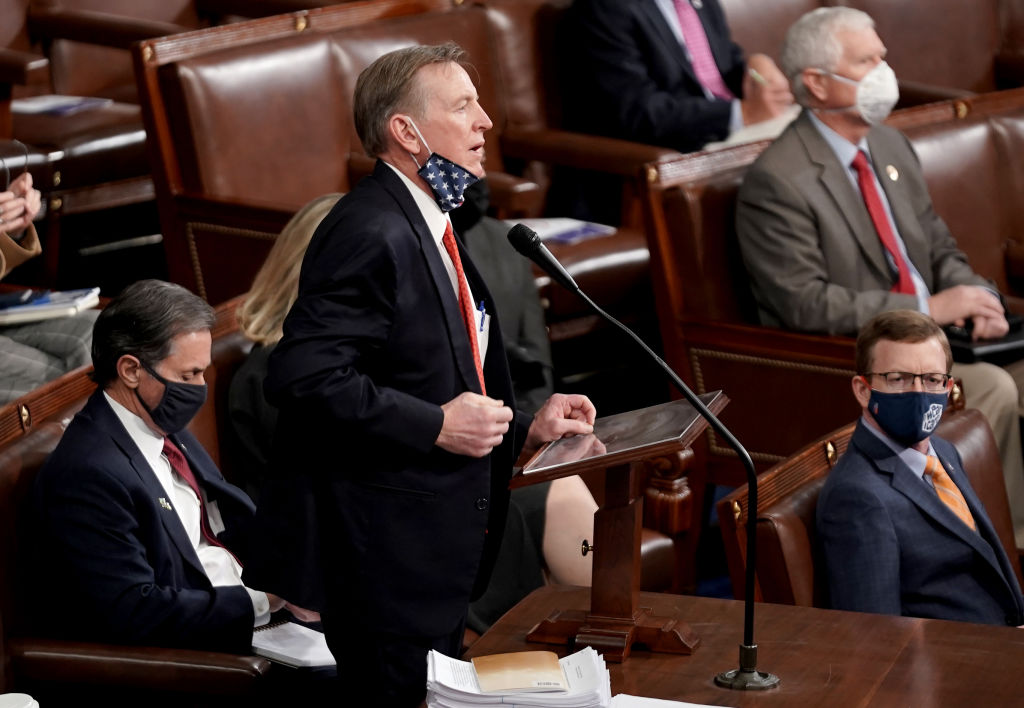 Rep. Paul Gosar (R-AZ) is one of the most pro-Trump members of Congress and enthusiastically joined in Wednesday’s failed effort to object to the Electoral College votes certification. But even an ardent MAGA supporter like Gosar has some awareness that certain messaging draws scrutiny. The posts he wrote on his official Twitter and Parler accounts during yesterday’s Capitol riots had noticeably divergent tones.

As multiple reporters and Twitter users observed, Gosar shared the same photo of the rioters climbing the Capitol walls on his Twitter and Parler accounts — but with completely different captions.

His main His alt pic.twitter.com/iS7TqNuhlr

On Twitter, Gosar called for peace, urging Trump supporters to “not get carried away here.”

“I don’t want anyone hurt,” Gosar continued. “We are protesting the violation of our laws.”

He criticized the Black Lives Matter protesters — “We are builders not destroyers. BLM burns and loots. We build.” — and then urged the rioters to leave the Capitol. “If anyone on the ground reads this and is beyond the line come back.” 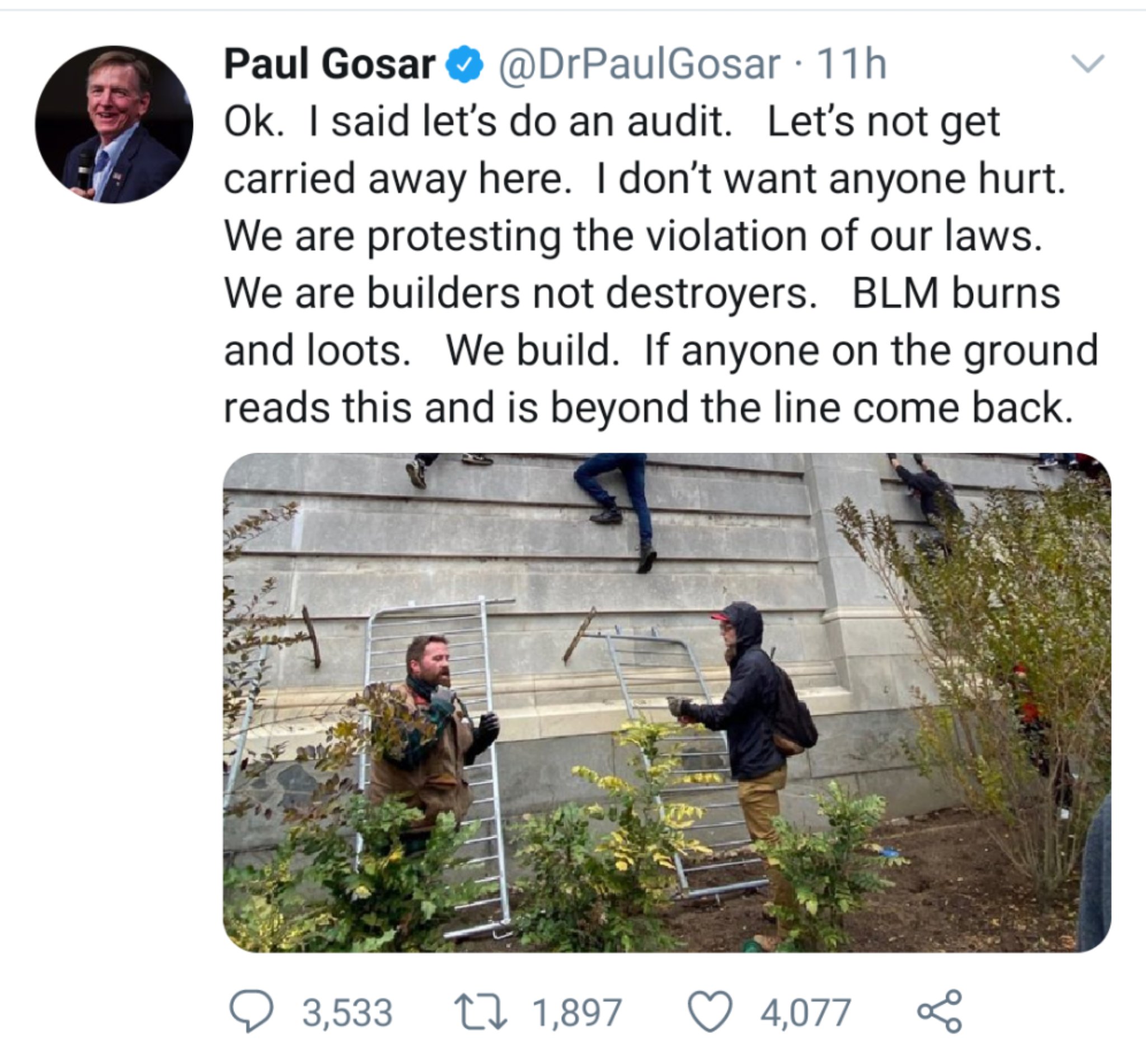 In contrast, on Parler Gosar wrote, “Americans are upset,” a comment reminiscent of the “American Patriots” tweet that Ivanka Trump had posted, and then deleted, earlier in the day Wednesday. 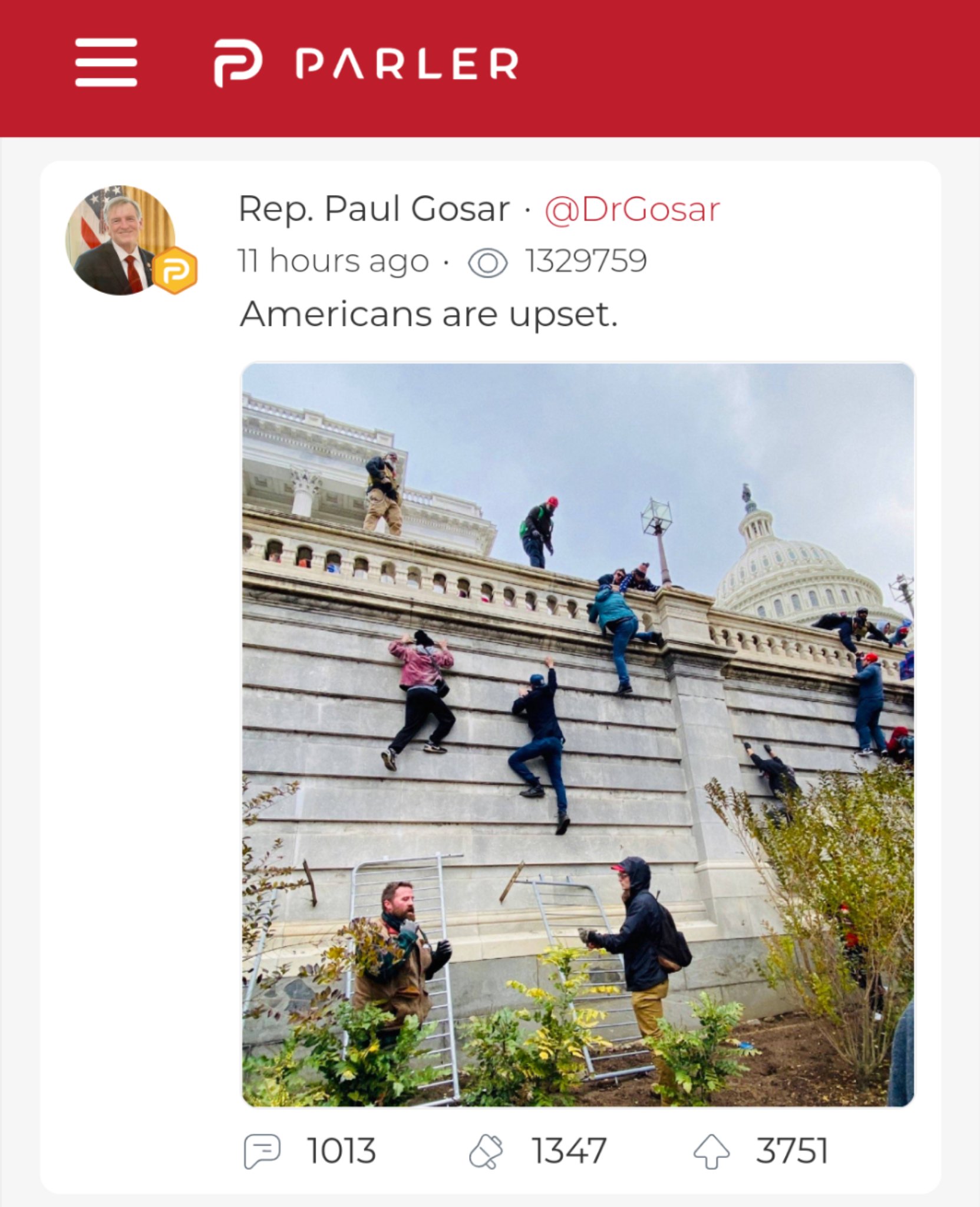 .@RepGosar, a fringe GOPer who frequently makes wild and unsubstantiated claims, challenges the AZ electors going to Biden, authorized and approved by many GOP officials in the state.

Gosar was re-elected the same day on the same ballot via the same methods.