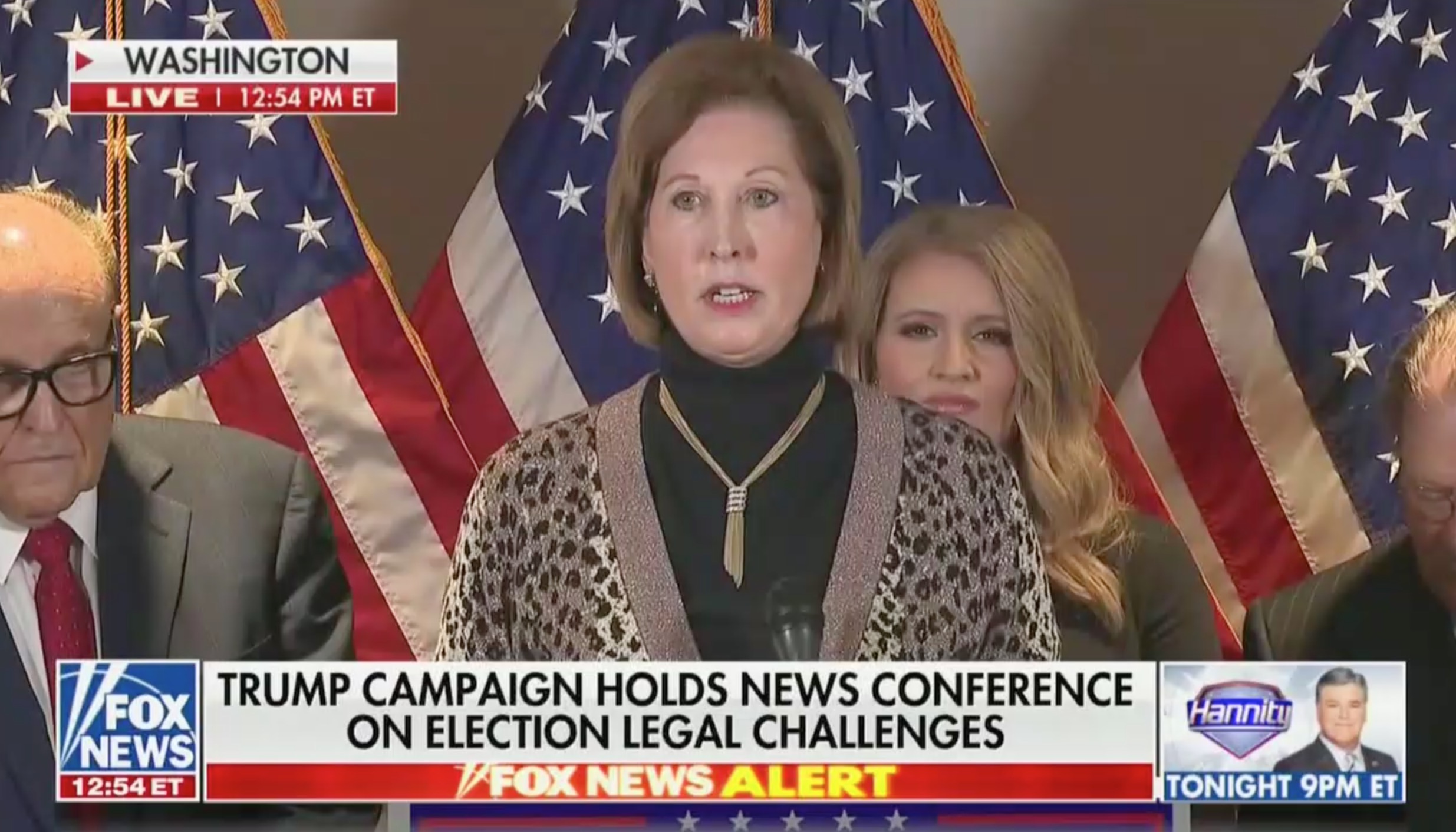 Attorney Sidney Powell, who on Sunday night was tossed under the bus by President Donald Trump’s lawyers Jenna Ellis and Rudy Giuliani, responded by releasing a statement saying that she will continue to represent the “#WeThePeople” — and adding at the end of her statement the hashtag “#KrakenOnSteroids.”

Powell appeared undeterred after the Trump Legal Team distanced themselves from her, while pledging to continue fighting against what she alleges of widespread voter fraud occurring during the 2020 election due to the vote-counting machines. Powell has so far failed to provide any evidence backing her claims.

“I understand today’s press release,” Powell told CBS News. “I will continue to represent #WeThePeople who had their votes for Trump and other Republicans stolen by massive fraud through Dominion and Smartmatic, and we will be filing suit soon. The chips will fall where they may, and we will defend the foundations of this great Republic. #KrakenOnSteroids”

Sidney Powell released this statement to @CBSNews and @kristincbrown after the Trump campaign said she’s not on the team:

Powell has not made any comment on Twitter, but that may be because her account has been suspended. Gen. Michael Flynn, a former client of Powell’s, tweeted that she had been “suspended from Twitter for 12 hours,” and that despite the press release from Giuliani and Ellis, she was “staying the course to prove the massive deliberate election fraud that robbed #WeThePeople of our votes for President Trump & other Republican candidates.”

.@SidneyPowell1 has been suspended from Twitter for 12 hours. She understands the WH press release & agrees with it. She is staying the course to prove the massive deliberate election fraud that robbed #WeThePeople of our votes for President Trump & other Republican candidates.

As has been pointed out ad nauseam, Powell has made repeated allegations of voter fraud but has yet to produce evidence of such. While it is not clear why Powell’s account was reportedly suspended, a number of Powell’s recent tweets have gotten tagged with Twitter’s warning label, “This claim about election fraud is disputed,” which the social media company has previously used to suspend or ban accounts for repeated violations.