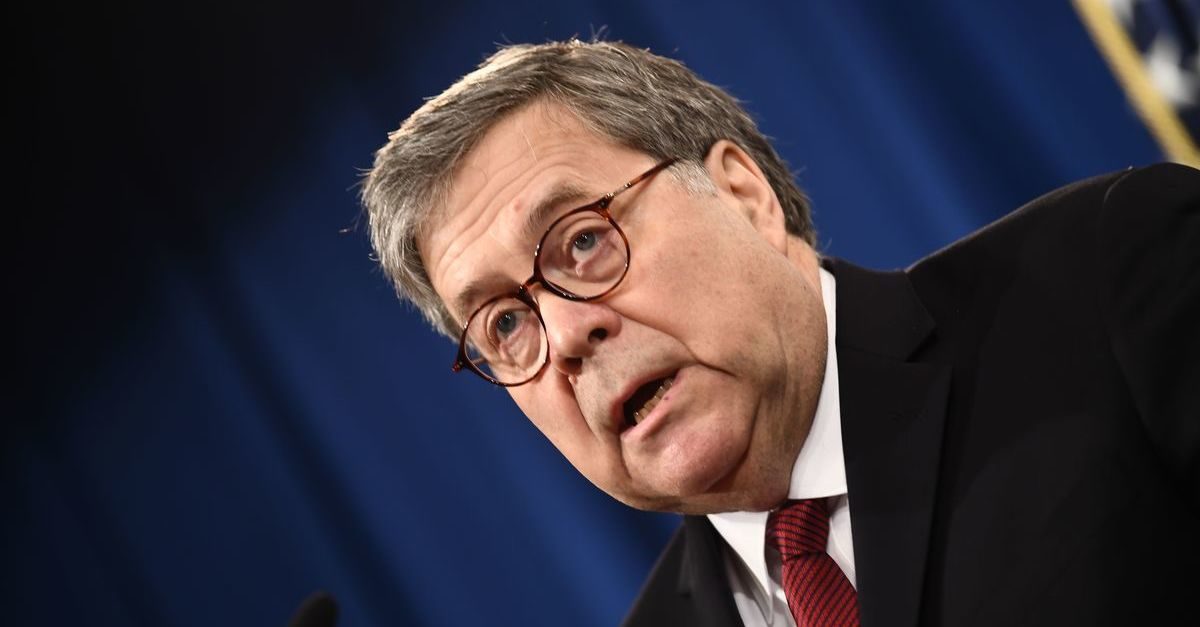 Attorney General Bill Barr addressed allegations of voter fraud on Tuesday and told the Associated Press that the Department of Justice has not seen an examples that would affect the election’s outcome — receiving some rare, faint praise in return.

“To date, we have not seen fraud on a scale that could have affected a different outcome in the election,” he said, later adding, “There’s been one assertion that would be systemic fraud and that would be the claim that machines were programmed essentially to skew the election results. And the DHS and DOJ have looked into that, and so far, we haven’t seen anything to substantiate that.”

Despite Barr’s recent revelation, the attorney general railed against mail-in voting throughout Trump’s re-election campaign, and Twitter users noticed the change of tune.

While some pundits and journalists praised Barr, welcoming him to “the Resistance,” others joked that Trump will soon fire his attorney general via Twitter post:

Not sure how Antifa recruited Bill Barr, but it’s paying off https://t.co/nmLXt3NOkf

Even Barr won’t support this tragicarnival.

he’s gonna tweet that Barr is fired, isn’t he

AG Barr is quite the political Weeble. https://t.co/nXhrafboI3

So does Trump throw in the towel – or add Barr to the growing list of Republicans who he says are conspiring against him? https://t.co/i7x4vIbYJu

When you’ve lost the Cover-Up General…https://t.co/jwhLCkIv0W

So will he fire Barr, or just label him “enemy of the people?” https://t.co/TMhJIzs1Zm