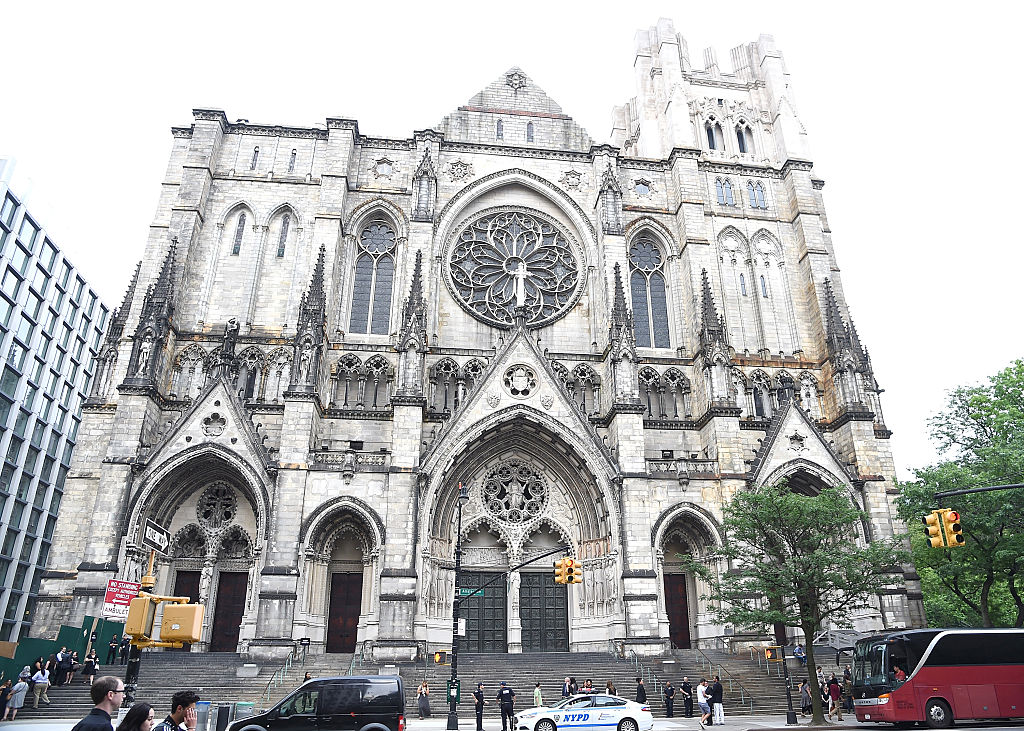 A gunman who opened fire on a crowd outside a landmark New York City cathedral Sunday afternoon was shot and killed by police, reports the New York Times. Fortunately, no other injuries have been reported.

Hundreds of people had been standing outside the Cathedral of St. John the Divine for a neighborhood Christmas concert. As the concert ended, the gunman climbed scaffolding at the church and “began shooting a gun indiscriminately in the air,” according to Marc D. Levine, the city councilman who represents the church’s district. Levine posted several tweets after the incident, also noting that the man had “appeared to be mentally ill” and “was yelling that he wanted to be killed.”

What we know about the shooting at St John the Divine church so far:

A person who appeared to be mentally ill climbed the scaffolding inside the church during a Christmas service at about 4:00 pm. He began shooting a gun indiscriminately in the air. (Cont…)

He was yelling that he wanted to be killed. Police arrived quickly. The suspect was shot. His condition is unclear but it appears he has died. No other individuals were injured. More soon.

Correction: shooting did not occur on scaffolding, but rather on steps.

Multiple witnesses noted that the police responded quickly and the gunman fired at them but the police killed him before he could hurt anyone. Area residents and church representatives expressed their gratitude for the police and other first responders.

“It was just beautiful, and then at the end this person started shooting. Everybody is in shock,” said church spokeswoman Lisa Schubert. “The shooter could have killed a lot of people. There were hundreds of people here and he shot at least 20 times.

This is a breaking news story and has been updated.