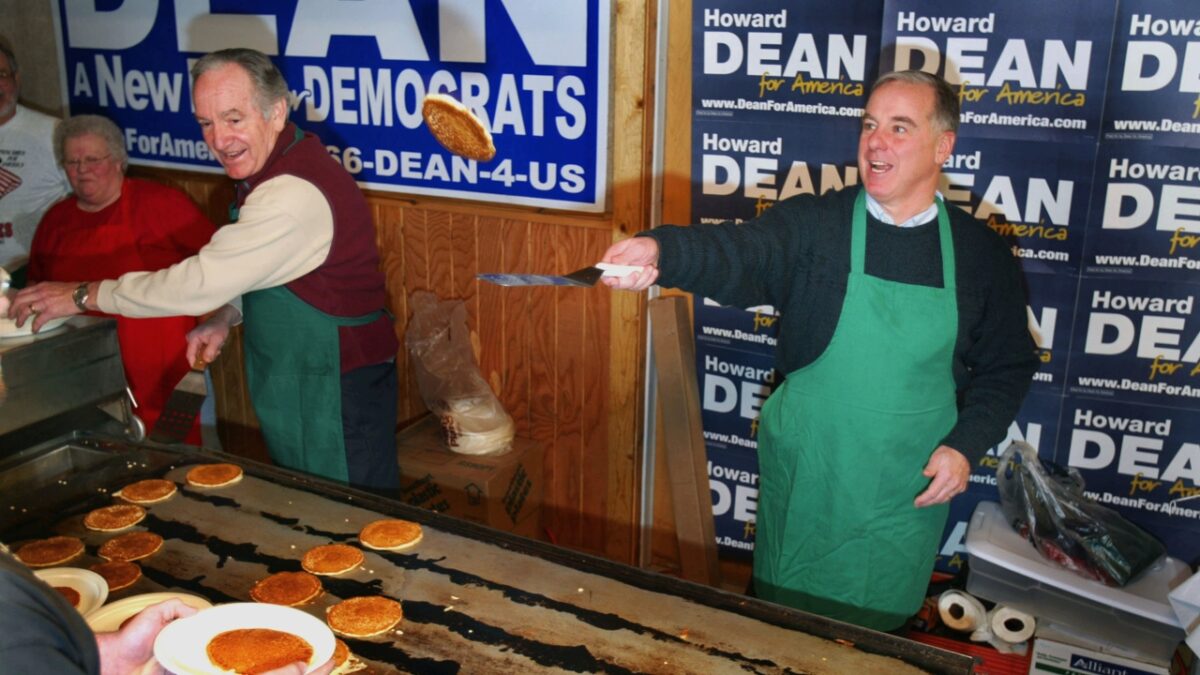 Fans of the K-Pop musical genre took over a hashtag intended to promote Saturday’s so-called “Million MAGA March” in Washington, DC by spamming it with images of pancakes.

The hashtags #MillionMAGAMarch and #MAGAMillionMarch were intended to whip up support for the demonstrations, which President Donald Trump hinted he might even attend in person, in a tweet that was flagged by Twitter.

Heartwarming to see all of the tremendous support out there, especially the organic Rallies that are springing up all over the Country, including a big one on Saturday in D.C. I may even try to stop by and say hello. This Election was Rigged, from Dominion all the way up & down!

But by the time those hashtags became top trending topics on Saturday, it was with thousands of homages to pancakes. The gaga apparently originated with an actor named Shea Depmore, per Business Insider:

K-pop fans are using the #MillionMAGAMarch hashtag to post pictures of pancakes in protest of the pro-Trump rally taking place on Saturday afternoon.

Actor Shea Depmore urged her followers on Twitter and TikTok to post the pictures of pancakes, instead of counter-protesting in person at the Million MAGA March, due to take place in Washington, DC.

“Proud Boys and mega-mad MAGAers are descending upon D.C this Saturday for the Million MAGA March. I’ve seen many on this app rightfully warn people to stay away, as these fools come strapped and they’re angry,” Depmore said in a video posted to Twitter and TikTok on November 12. “But I don’t want these Proud Boys to be proud.”

someone pls help me get in touch with the kpop stans 🙏🏼🥞💞 pic.twitter.com/v480H2zbG5

And so they did. Many Twitter users were enthused.

#MillionMAGAMarch is…pancakes. And if you’re planning on going, please reconsider. Stay home. Let the incels shout into the wind. https://t.co/B4nMn2T6VV

Am I understanding this correctly? K-pop fans are telling me it’s my patriotic duty to eat pancakes tomorrow?#MAGAMillionMarch

I confess, I’m not a pancake fan, but some of the #TrumpRally pancakes are quite beautiful. #MAGAMillionMarch pic.twitter.com/bJCKua4emH

K-Pop stans from TikTok are flooding the #MillionMAGAMarch hashtag with pictures of pancakes. It’s basically unusable right now.@SheaDepmore appears to have kicked it off. pic.twitter.com/g9bQgj5rz9

Were some of those a little too… flip?

Fun fact: the pickings are pretty slim over at Getty Images when you search “pancakes,” hence the less-than-timely but still arresting photo of Howard Dean and a mid-air flapack, circa 2004.