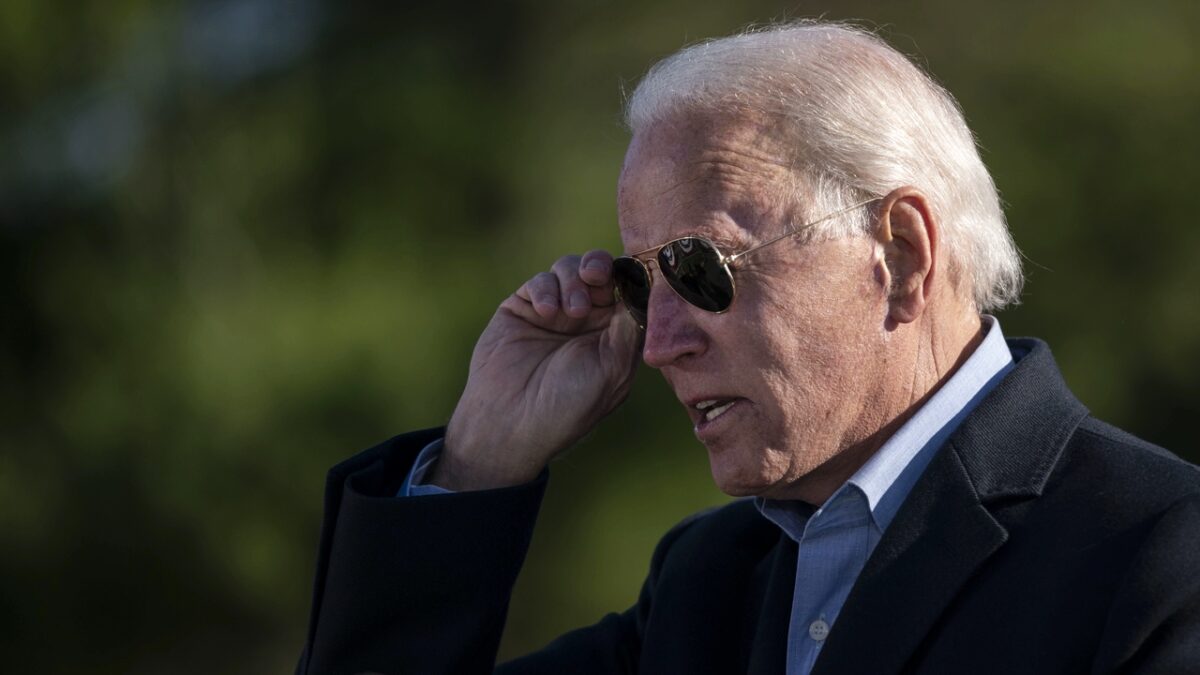 President-elect Joe Biden has relentlessly mocked President Donald Trump for golfing during multiple American crises, which, now that Trump is on his way out of town, raises the question: Does Biden have a golf habit of his own?

Golf has become a catch-all symbol in the Trump era, illustrating the hypocrisy of his past criticism of much-less-frequent golfer and then-President Barack Obama, his broken promise not to indulge in the pastime were he elected president, his self-enrichment, and his disengagement from the coronavirus pandemic.

And President-elect Biden has made frequent sport of Trump’s chosen sport, mostly to attack him over the coronavirus crisis. That dynamic would make it awkward, at a minimum, if President Biden were to hit the links with any regularity once he takes office.

We already know that Biden was a star quarterback in high school, and if he’s developed an athletic brand during this presidential campaign, it’s as bicycle-riding wiseacre, but does he play golf?

Well, according to the golfing-industrial complex, he does.

President-elect Joe Biden does, in fact, play golf. When he was Vice President under President Barack Obama, Biden practiced on the putting green Clinton had moved and re-installed at the White House grounds so the golf-obsessed Obama could work on his game in quiet moments.

While living at home in Delaware, Biden has played golf at two area clubs where he is a member: Wilmington Country Club, which he joined in 2014, and Fieldstone Golf Club, which is also in Biden’s home city.

But they’ve got every reason to inflate the new president’s interest in their “sport.”

While Biden has indeed played regularly enough at clubs in Delaware, records indicate that as a member of the executive branch, he wasn’t much of a practitioner. As GNN notes, Biden was ranked 29th-best golfer in Washington, DC in 2011, but by the time he and Obama left office in 2016, the then-VP had slipped to number 68.

And while Biden did participate in the high-profile “golf summit” with Obama and then-Speaker of the House John Boehner, a review of pool reports from Biden’s eight years as VP show only a few mentions of golf with Obama. 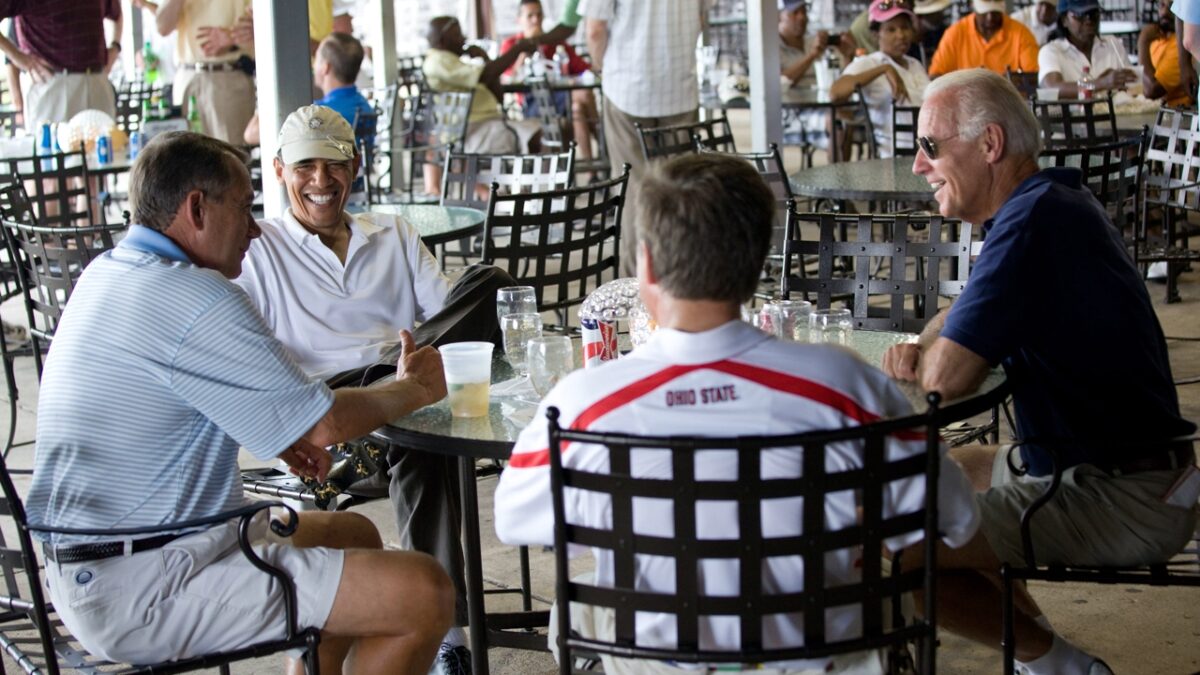 JOINT BASE ANDREWS NAVAL AIR FACILITY, MD – JUNE 18: In this handout image provided by the White House, after playing a round of golf, U.S. President Barack Obama (2L) has a drink with Vice President Joe Biden (R), Speaker of the House John Boehner (L), and Ohio Gov. John Kasich at the clubhouse June 18, 2011 at Joint Base Andrews Naval Air Facility, Maryland. Obama and Boehner edged Vice President Joe Biden and Republican Gov. John Kasich on the 18th hole of the match at a military base outside the capital. The president and the speaker each pocketed a $2 prize. (Photo by Pete Souza/The White House via Getty Images)

Biden has been photographed rather infrequently playing golf, including at tournaments run by The Beau Biden Foundation, a charitable organization founded by his late son.

Joe Biden has said he won’t run for president, but he could still run the golf course: https://t.co/FSahbuplzP pic.twitter.com/iHNWShReo1

Had an awesome day today playing golf with the former Vice President of the United States, The Honorable Joe Biden! pic.twitter.com/0eyHEFIMn8

US Vice President Joe Biden enjoys golf with the Taoiseach and apple pie on visit to Mayo https://t.co/j7lDKK1NWp pic.twitter.com/UXCfIceIDI

The bottom line is that while Biden clearly knows his way around a golf course, it doesn’t appear it will be a hard habit to break if, as is likely, the demands of the job and the realities of politics necessitate he do so.