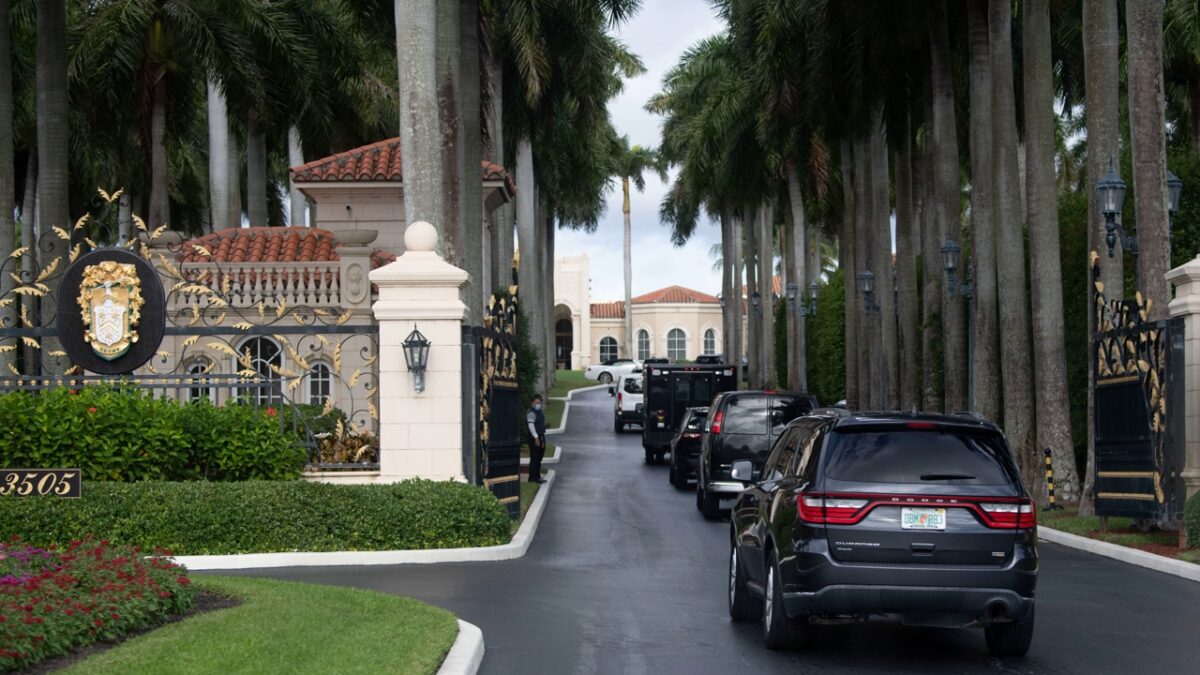 President Donald Trump spent Christmas Eve at his West Palm Beach golf course while Americans continued to wonder what, if any, Covid relief funds might be coming their way, and when.

Trump skipped town Wednesday after potentially blowing up a painstakingly-negotiated coronavirus relief bill with a demand that individual payments be increased from $600 to $2000, and after vetoing a massive defense appropriations bill. He began his Christmas Eve with, let’s say, unrelated tweets.

Then, even as House Republicans blocked a Democratic effort to fast-track an amendment increasing the payments, the White House press pool reported Trump was en route to an “undisclosed location.”

The mystery was soon solved by pool reporter Michael Mathes of AFP:

At about 10:18 am, after an uneventful drive over the inter coastal waterway, and where only a handful of supporters could be seen along the route, the president was driven into his Trump International Golf Club in West Palm Beach. Again we saw the motorcade roll in, but no POTUS sighting, and the pool peeled off.

I have asked press staff whether Trump is playing golf and who his golfing partners might be, but I have not heard back.

The visit prompted comment from several other White House reporters, some of whom confirmed the playing of golf with photographic evidence.

After the White House went out of its way to say President Trump had many meetings and calls today, without listing any, @petermorrisCNN got video of him on the golf course. pic.twitter.com/x3jtrUOMmH

By my count, it’s Pres Trump 289th day at a golf club & 84th time at Trump Intl near his Mar-a-Lago resort. Compares at same point in presidency with:
Obama – 111 rounds.
GWBush – played only 24 rounds as Pres. Gave it up in his 3rd year due to wars in Iraq & Afghanistan. https://t.co/0urzcaBXI5

While Trump plays golf in Florida…

– service members get no raise, thanks to his NDAA veto
– renters face eviction (aid in COVID bill)
– unemployment benefits ending (extension in COVID bill)
– no relief check at all, not even the $600
– gov’t shutdown Monday, amid pandemic

Trump is back at his golf course near Mar-a-Lago.

Are members of Congress, reporters, the rest of this town honestly surprised that Trump would make a giant mess and then skip town to play golf? Really?

What show have they been watching these past five years?

This is who he is, who he has always been.https://t.co/B7ZvfhaeWx pic.twitter.com/WMd7devyE9

Speaker of the House Nancy Pelosi has promised a full vote on the increased relief on Monday.