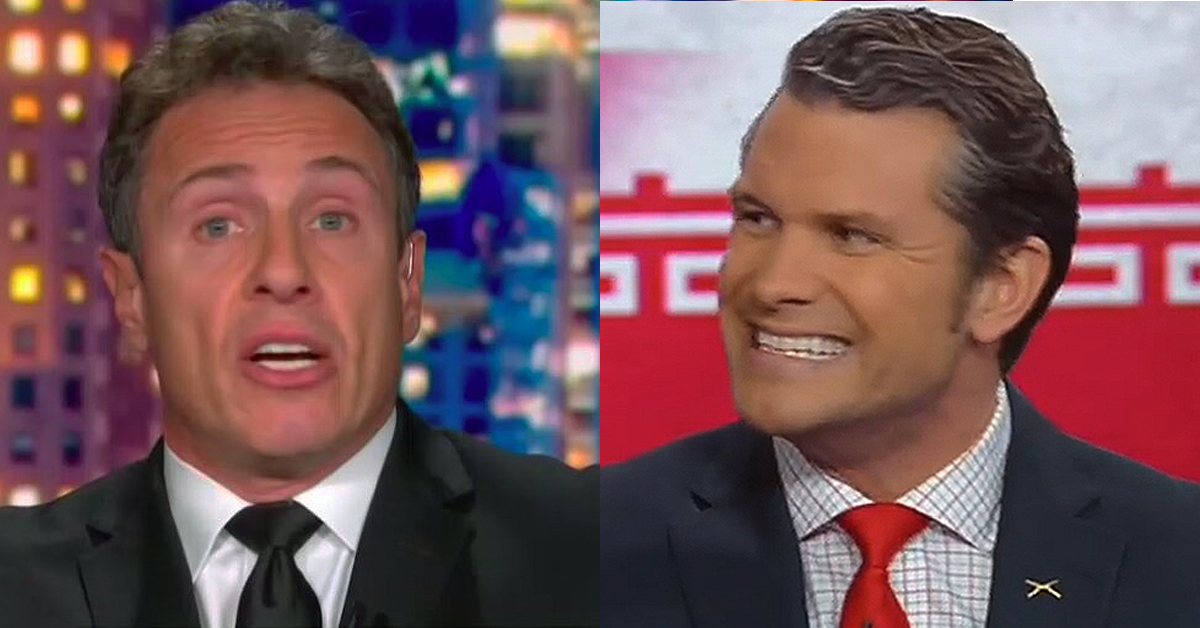 CNN’s Chris Cuomo called out Pete Hegseth and the Fox News network that employs him, in a vicious tweet that suggested pernicious intent by Cuomo’s cable news rivals.

At issue was Hegseth’s clear defense of the Trump-supporting insurrectionists who stormed the Capitol Building on Wednesday during a Thursday morning appearance on Fox & Friends. Hegseth enjoys a close relationship with President Donald Trump and on Wednesday morning noted the foreboding air that preceded the “Save America Rally.”

On Thursday, Hegseth appeared to defend the insurrection of the Trump supporters, saying “These are not conspiracy theorists motivated by lies. That’s a bunch of nonsense that people want to tell us.”

He continued to list a series of gripes with the “anti-American left” before once again sowing doubt over the election because of the voting processes that were adopted due to the coronavirus pandemic.

“I wasn’t surprised by what happened yesterday,” he said. “I’m not saying it’s okay, but I wasn’t shocked. I recognize that people feel like the entire system is rigged against them.”

Quote-tweeting a Mediaite tweet, Cuomo went hard, saying “Fox has stoked hate and division…under the guise of patriotism…from the beginning. And Trump still went bad on them.”

Fox has stoked hate and division…under the guise of patriotism…from the beginning. And trump still went bad on them. They use the rights of the free press to attack the free press for trump…and they wont stop https://t.co/uPkzkSuH6d

Cuomo is a frequent target of derision among many Fox News opinion hosts, particularly Tucker Carlson, who delights on sharing photos of Cuomo working out as a means to mock him.

Fox News was the first cable news network to call Arizona for Trump and later joined the projections of all other networks in calling the election for Joe Biden.

Since then, however, a number of opinion media personalities on the network have parroted Trump’s baseless conspiracy theories that the election was stolen, giving weight and credibility to the question that there was widespread election fraud that upset the election results.

Footage of the Trump protestors storming the Capitol reveals the mass majority many of them have fully bought into the conspiracy that the election was rigged, an idea which received very little rebuke by Hegseth and many others on Fox News.