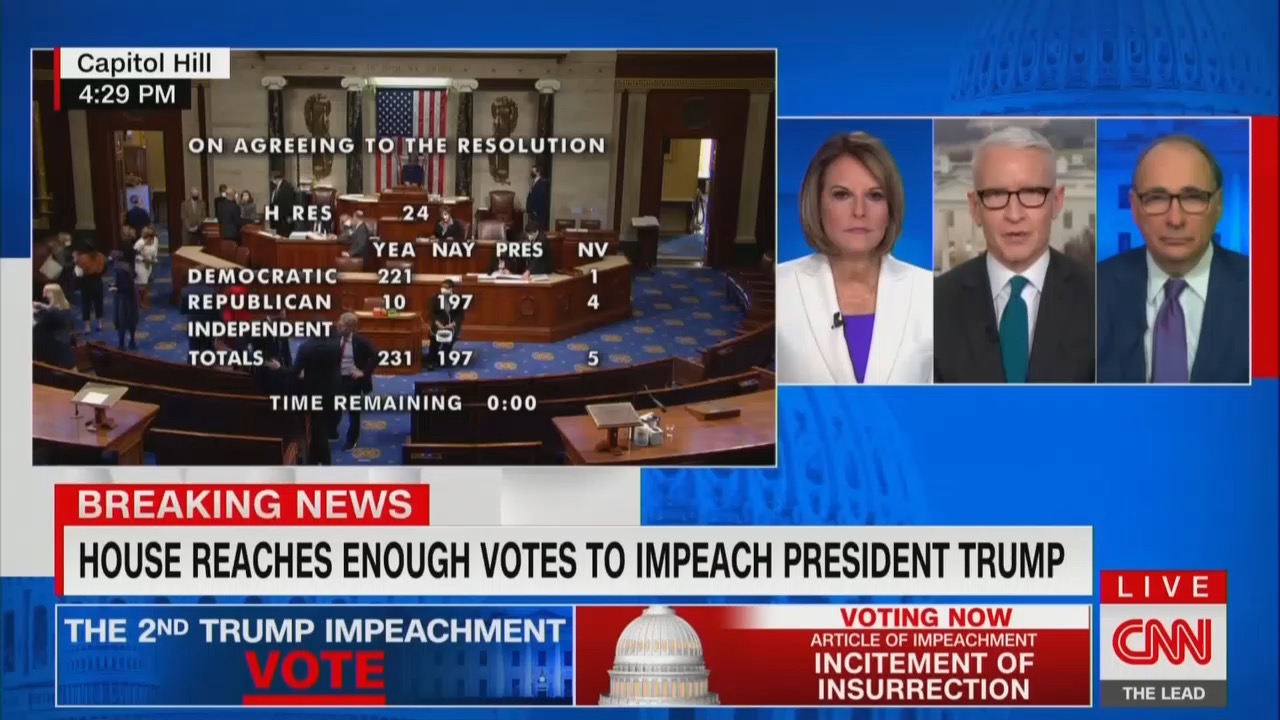 CNN continued its ratings winning streak Wednesday, getting the most total viewers and the most viewers in the key A25-54 demographic in both cable news and broadcast during coverage of the House vote to impeach President Donald Trump for the second time. MSNBC had the second-most viewers, and Fox continues to find itself in the unusual position of third place among cable news viewers. Since the start of the year, CNN has topped its cable news competition across the board.

During special coverage of the House impeachment debate and vote, CNN drew more viewers than MSNBC, Fox, ABC and CBS (when they were on the air with news coverage), according to early Nielsen numbers. From 12:30 to 4:45 p.m., CNN averaged 3.8 million viewers, and 1.08 million in the demo. MSNBC was second in total viewers, with 2.58 million, and 464,000 in the demo. Fox, which aired the impeachment debate and vote but stuck with regular programming throughout the afternoon while the other networks, including broadcast, went to special coverage, had 1.39 million total viewers and 278,000 in the demo, trailing both ABC and CBS (as well as CNN and MSNBC).