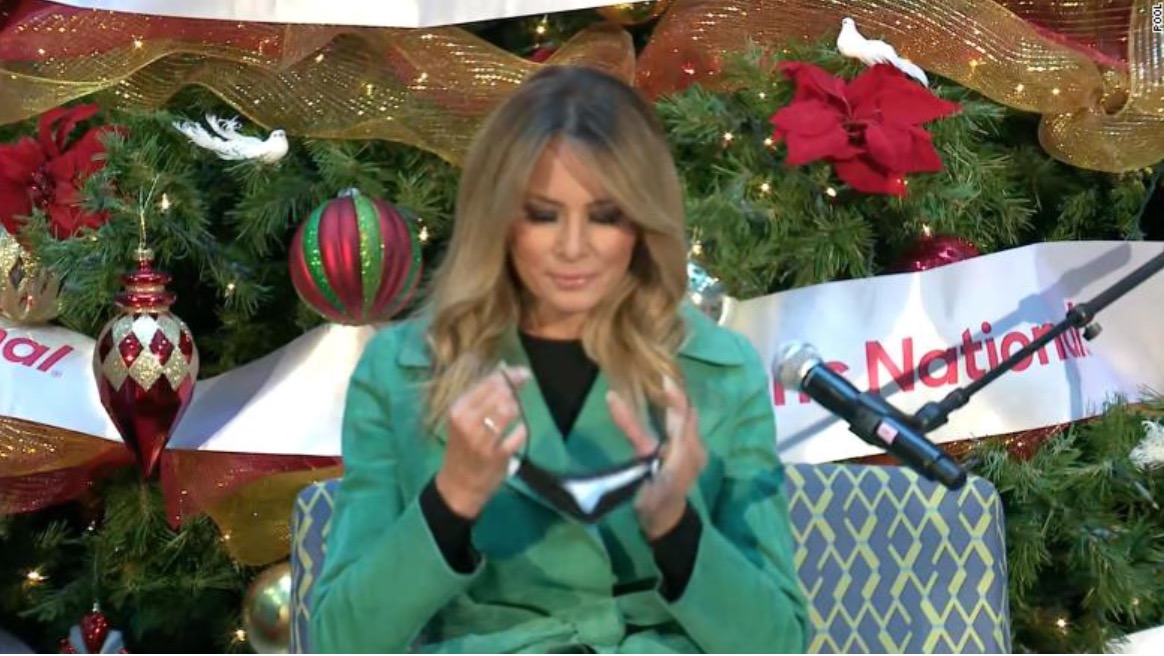 Media outlets including CNN and The Hill failed to correct a story that falsely alleged First Lady Melania Trump violated mask rules at a children’s hospital in Washington, D.C. by reading a book to its patients.

“First lady Melania Trump broke stated mask policy at Children’s National Hospital Tuesday when she removed her mask to read a holiday book to children,” CNN’s Betsy Klein claimed in her network’s version of the story, written shortly after the event took place. A version aggregated by The Hill’s Joseph Choi echoed the claim Tuesday afternoon, claiming, “First Lady Melania Trump took off her mask to read to children at the Children’s National Hospital on Tuesday, breaking state and hospital rules that require visitors wear a mask.”

Children’s National Hospital put the kibosh on that narrative Tuesday evening. “The hospital website does not include the mask policy for people who come to the hospital to give a speech,” the hospital said in a statement shared on Twitter by the first lady’s chief of staff, Stephanie Grisham. “The first lady did follow our mask protocols for public speakers, which is based on DC health guidance, which states that wearing a mask is not required when a person is giving a speech for broadcast or an audience, provided no one is within six feet of the speaker.”

“In the case of today’s visit, which was broadcast to our patient rooms, when the first lady did remove her mask while she read a story, she was more than 12 feet away from others in our four-story atrium,” the hospital added. “This space was closed off from hospital visitors and the small group of people in that space were … wearing masks. For the remainder of the first lady’s visit, she wore a mask and did not visit any patient care areas.”

The Hill rushed to change the headline on its story, removing a portion that had declared the first lady was “breaking hospital rules.” The outlet failed to note the change, though a note appended at the end suggested it had been changed to include “additional information about the visit and the White House statement.”

CNN included the hospital’s statement but stood by its headline, which suggested the first lady had broken “hospital rules by taking her mask off to read to patients.”

The network similarly acknowledged the event had been “significantly scaled back” from past events. “Most children watched the reading from a live stream, but Trump arrived with 6-year-old Riley Whitney and 8-year-old Sophia Martinez, who were seated on the floor in front of her as she read,” CNN noted.