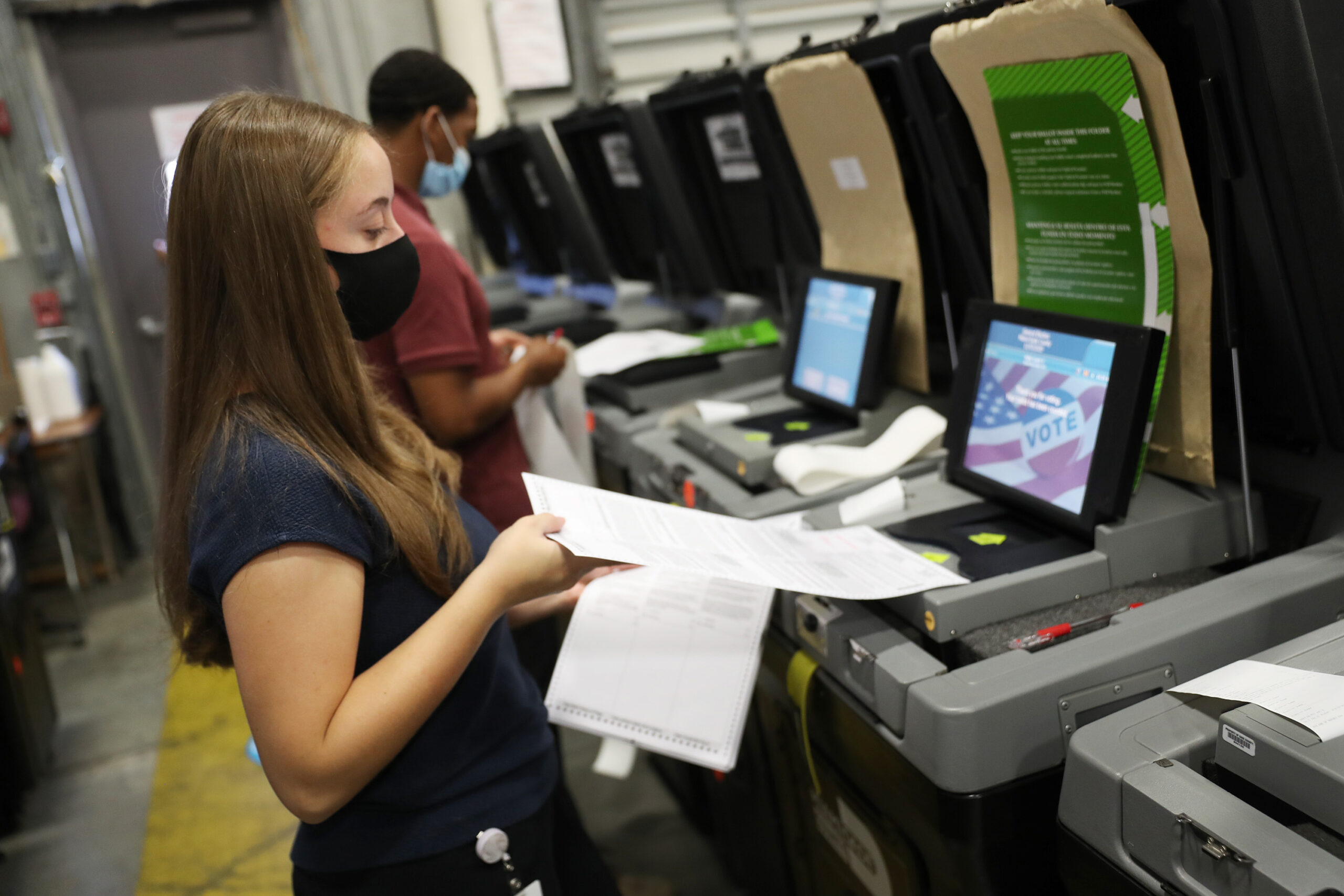 President Donald Trump and his supporters have attempted to undermine the results of the 2020 election for weeks — attacking Dominion Voting Systems despite a lack of evidence of widespread irregularities.

Trump lawyers Rudy Giuliani, Sidney Powell, and Jenna Ellis have attempted to link Dominion with Smartmatic, another voting technology firm, in several television interviews and appearances, despite the fact that the two companies are not connected.

“Dominion is a company that’s owned by another company called Smartmatic through an intermediary company named Indra,” Giuliani told Fox Business host Lou Dobbs. “Dominion is a Canadian company but all of its software is Smartmatic software.”

Powell even tried to connect Dominion to the former president of Venezuela Hugo Chávez, who has been dead for seven years.

“The Dominion voting system, the Smartmatic software and the software that goes in other computerized voting systems as well, not just Dominion, were created in Venezuela at the direction of Hugo Chavez to make sure he never lost an election after one constitutional referendum came out the way he did not want it to come out,” she said at a recent press conference.

In his op-ed, Poulos addressed the allegations head-on, calling them bizarre before clarifying that Dominion has no ties to Smartmatic software or to the late Chávez.

“The allegations against Dominion are bizarre, but I’ll set the record straight. Dominion is an American company, now headquartered in Denver. Dominion is not and has never been a front for communists,” he said. “It has no ties to Hugo Chávez, the late dictator of Venezuela. It has never been involved in Venezuelan elections.”

Poulos went on to explain that none of Dominion’s systems use the Smartmatic software, which is an international company established in Florida by Venezuelan founders.

“There is no secret ‘vote flipping’ algorithm,” he said. “Third-party test labs, chosen by the bipartisan Election Assistance Commission and accredited by the National Institute of Standards and Technology, perform complete source-code reviews on every federally certified tabulation system.”

Poulos pointed out that some of the counties where results have been contested, including Alleghney, which is home to Pittsburgh, did not even use his voting system.

“In fact, across the 14 Pennsylvania counties that use Dominion systems, President Trump received 52.2% of the vote,” he added, clarifying that there was no behind the scenes plot to strip the president from his votes.

He went on to stress that he believes it is important for people to examine elections, adding that transparency is needed, but faulted the “increasingly reckless and defamatory allegations that don’t stand up to scrutiny.”

“Baseless and ludicrous smears are presented without evidence and amplified across social media,” he added. “These attacks undermine the tens of thousands of state and local officials who run our elections.”

Poulos also mapped out the voting safeguards put in place in Georgia, where Trump and his team have relentlessly contested the election results, explaining that a certified third-party testing laboratory audited a random sample of Dominion machines and found no evidence of tampering.