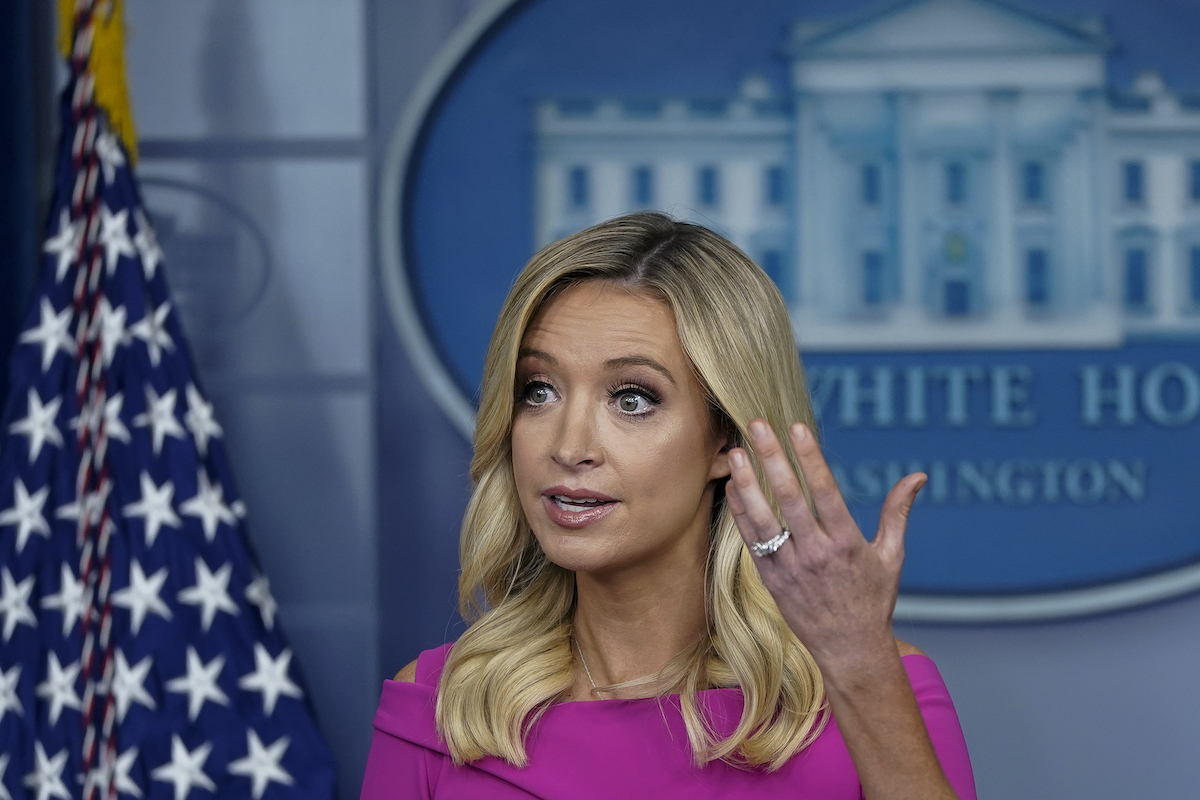 President Donald Trump’s allies and staffers criticized “sore loser” Democrats after the 2016 election for calling for recounts — something the Trump campaign is now in favor of as Joe Biden is projected to be the president-elect.

CNN’s Andrew Kaczynski and Em Steck compiled a list of figures who seem to have changed their minds about election results and recount efforts on Thursday.

White House Press Secretary Kayleigh McEnany — who at the time was a contributor to CNN — complained after the election in 2016, “You have people trying to delegitimize the President-elect of the United States right now.”

“You have people out there that are calling for recounts that are unsubstantiated based on no evidence,” she declared, later calling it “inexcusable” to “question the legitimacy of the election.”

American Conservative Union Chairman Matt Schlapp — who has since become a prominent surrogate for the Trump campaign — said, “Hillary is on her sore loser tour. It started at Harvard where the Hillary campaign blamed everybody for Hillary’s lost. And now we have her going through recounts.”

“You know what she needs to do? She needs to get over it. She lost,” he argued. “Get out of the way and let Donald Trump be President.”

Now-Trump campaign spokeswoman Mercedes Schlapp accused Democrats at the time of “behaving like the Grinch of Christmas.”

“It’s a fascinating group of these Democrats who can’t seem to realize that it is time to move on. It is time to accept the fact that Trump will be the next President of the United States,” she declared. “And one of the key points of stability in our nation… is ensuring that we have a peaceful transition of power.”

And Jason Miller, a Trump 2020 senior adviser who served as the spokesperson for Trump’s 2016 campaign, remarked, “News flash for many of the partisan Democrats and those in the mainstream media who continue to try to delegitimize President-elect Trump’s massive and historic win last month — the election’s over. Hillary Clinton lost.”

“Whether it was this nonsense about the recount or nonsense about the popular vote, you have to win 270 electoral votes to be elected president and President-elect Trump actually got 306,” he noted. “This is all really just an effort to try to delegitimize the win.”

Following Trump’s victory, Miller also said, “I really do think it’s ridiculous that so much oxygen has been given to the recount effort when there’s absolutely no chance of any election results changing. This election’s been decided.”