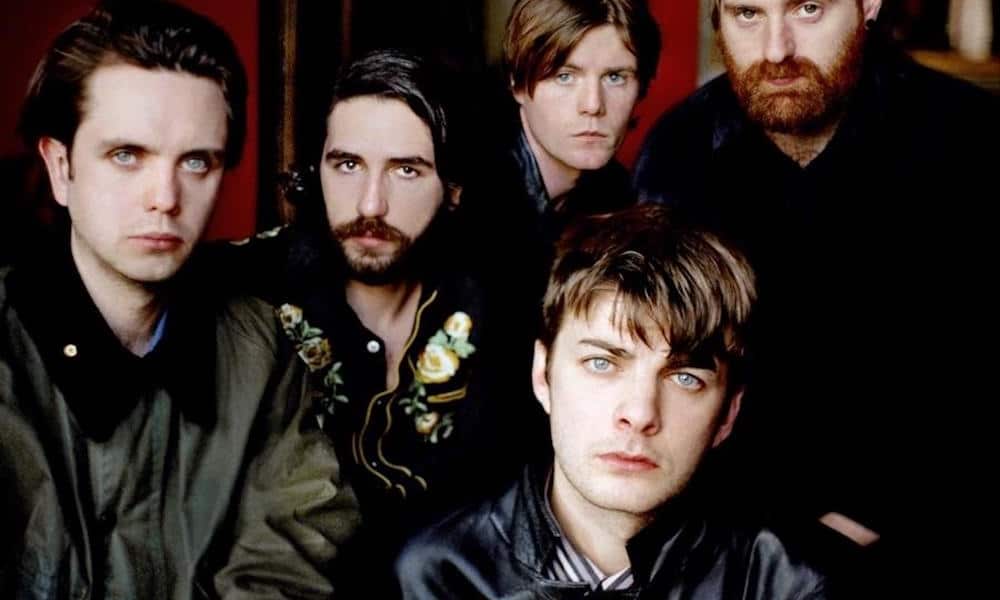 It’s been just over a year since Ireland’s Fontaines D.C. released their debut album, Dogrel. The album saw the band get nominated for the Mercury Prize, play multiple sets at Glastonbury and sell out worldwide tours. A year later, Fontaines D.C. return this Friday with their second album, A Hero’s Death, promising to ‘kill people’s ideas of the band’, how have they done just that?

The album opens up with previous single, I Don’t Belong, making the change from Dogrel immediately clear. There is a sense of calm that comes from I Don’t Belong, lead singer Grian Chattens’ vocals allure the listener, with melancholy instrumentation that really is hypnotic. The track was released as a statement, anti-Big (the opening track of Dogrel), which is why the band have placed it at the beginning of this album.

Love Is The Main Thing follows, a gorgeous drum introduction binds with distorted and raw guitars to frame what could possibly be Chattens’ most moving vocals to date. The track heaves and drones, with the repetition of ‘…love is the main thing’, used to instill a poignant message.

You can hear Fontaines D.C. evolve throughout the album, Televised Mind and Lucid Dream are 2 of its oldest tracks, even predating Dogrel, seeing them become live favourites when played on the bands extensive tours last year. The energy of Dogrel shines through here, the increase of tempo in both tracks makes them certain to be stand out tracks for listeners. However, these tracks are still like nothing we’ve seen from the band before, the repetition of Televised Mind’s name throughout the track exaggerates its droning rhythm, with Lucid Dream making the listener increasingly aware of how Fontaines D.C. have matured and blossomed, both musically and as people, over the past year.

Oh Such A Spring sees Fontaines D.C. produce something unique and magical. Mournful and nostalgic, the track gives listeners a chance to reflect on the ones that came before it, yet prepares the listener for the ones that follow.

It is towards the end of A Hero’s Death that Fontaines D.C. stand tallest, Living In America is a ball of noise, with insane production and echoed vocals creating what could possibly be Fontaines D.C. at their best. I Was Not Born, is a full throttle number which holds some of this albums most powerful lyrics, made passionate with Grian Chattens snarled vocal.

Sunny and No close the album wonderfully, destined to take listeners by surprise. The harmonies on Sunny bode gorgeously with the introduction of a string section, which add to the tracks atmospheric feel. No, sees Fontaines D.C. take a minimalistic approach which they pull off flawlessly, the track pushes itself into the limelight with it’s honesty and simplicity, with powerful lyrics such as the closing line, ‘even when you don’t know, you feel’, showing the band wearing their hearts on their sleeves.

With A Hero’s Death, Fontaines D.C. hope to ‘shock people’, and it’s almost certain that they will. The album sees the band sacrifice the identity that they built with Dogrel to form something new, and completely their own. Adding new feelings and sounds to their palette, Fontaines D.C. make this album an essential listen.