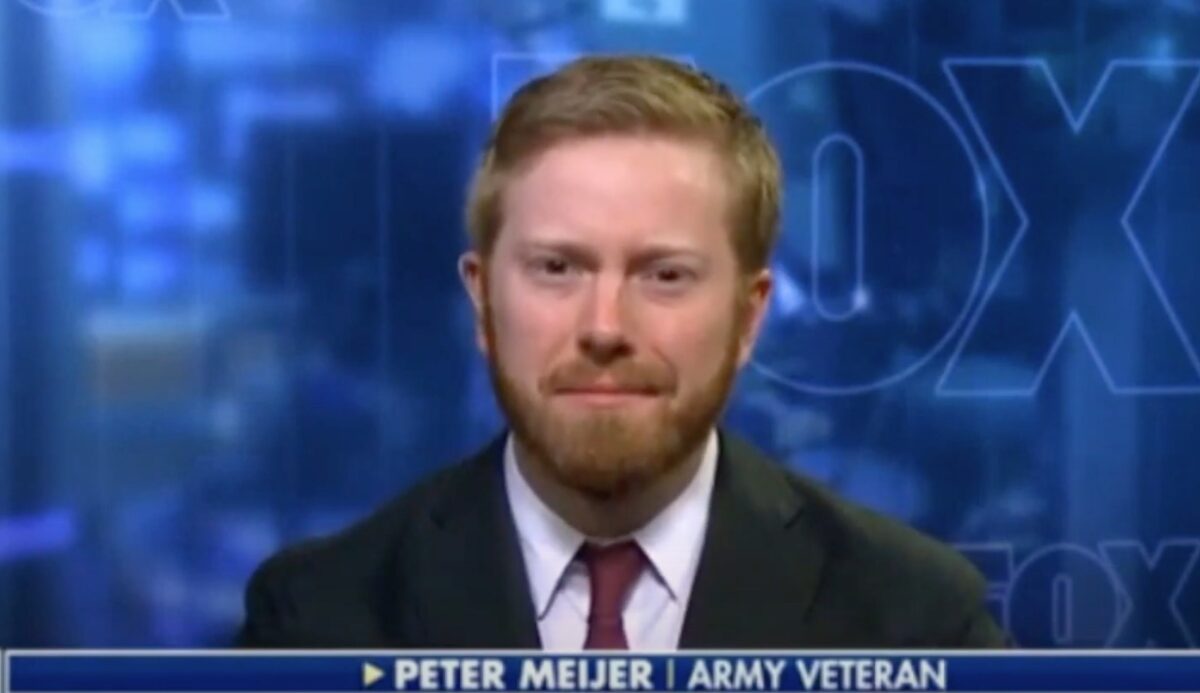 A newly sworn-in Republican member of Congress is lamenting the state of his party in the aftermath of the attempt by President Donald Trump’s supporters to seize the U.S. Capitol.

Freshman representative Peter Meijer (R-MI) wrote an op-ed for The Detroit News to document his experiences on Wednesday after pro-Trump rioters stormed the building.

“The illusion of security, of the sanctity of our constitutional order, collapsed,” Meijer reflected as he spoke of how he and other lawmakers took shelter in a committee room after Capitol Police ordered them into the chambers below the hill.

In his piece, Meijer voiced opposition to his Republican colleagues who planned to block the certification of the 2020 election, and he took a disapproving view of the attempts from the far-right to overturn the results. When Meijer reached the part of his recollection from when the House reconvened after the riots, he said that a fellow freshman Congressman intended to stick with his certification challenge out of fear for what Trump’s supporters might do to his family if he didn’t proceed.

My colleague told me that efforts to overturn the election were wrong, and that voting to certify was a constitutional duty. But my colleague feared for family members, and the danger the vote would put them in. Profoundly shaken, my colleague voted to overturn.

An angry mob succeeded in threatening at least one member of Congress from performing what that member understood was a constitutional responsibility.

Meijer’s piece concludes by remarking on the vitriol the country has witnessed since the siege, plus the attempts by certain Republicans to deflect blame or refuse any political responsibility in the fallout.

“This should be a moment of reckoning for the country as a whole, and the conservative movement in particular,” Meijer says. “If the Republican party ever hopes to regain the public’s trust and lead the country forward after this heinous assault, it must first be honest with itself.”

The storming of the Capitol has generated an upsurge in conversations about how Trump and his allies used threatening political rhetoric against fellow Republicans who don’t fall in line behind him. Meijer’s op-ed comes as Politico reports that before Trump went to Georgia to gin up Republican support in the state’s Senate runoffs, he told Kelly Loeffler he would “do a number on her” if she didn’t support his 2020 Electoral College fight.

Loeffler was defeated in her race by Democrat Raphael Warnock, and while she was expected to launch a certification objection last week, she withdrew the attempt in light of the riots.