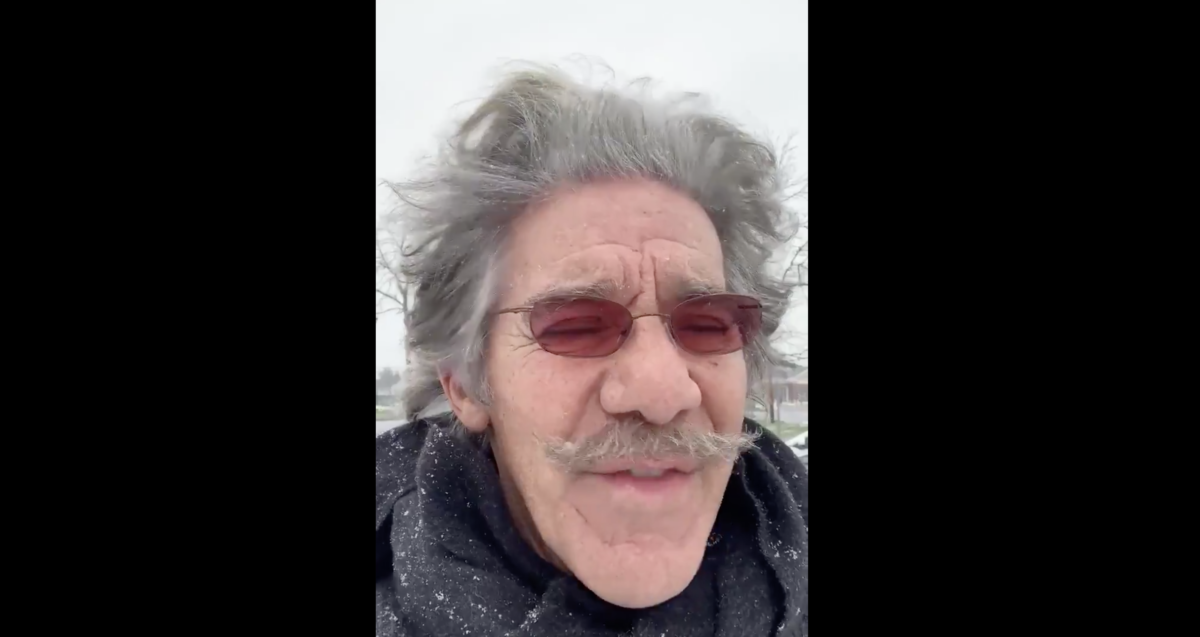 Geraldo Rivera has had enough of the “knuckleheads” still contesting the 2020 presidential election, and recorded a video message outside in the falling snow to tell them to quit their shenanigans and unite to support the Republicans running in the Georgia Senate runoffs.

“In the words of the unforgettable Kenny Rogers, Know when to hold em, know when to fold em,” Rivera tweeted with his video.

In the words of the unforgettable Kenny Rogers, Know when to hold em, know when to fold em. pic.twitter.com/eE9reqLIWz

Rivera sent his greetings to his followers from “a snowy day in Cleveland” as small white flakes fell around him, commenting that the northeast was expecting much worse weather. “They expect to get a real dump.”

“But the one thing I wanted to say, coast to coast, snowy or not,” Rivera continued, “is urging again to stop this fighting over the election of November 3, 2020. Joe Biden won. Donald Trump lost. The Electoral College has now decided. It is over.”

Rivera encouraged Republicans “who care about the direction the government will take in a Biden administration” to turn their focus to the “critical” January runoff election for Georgia’s two Senate seats.

“But as far as the presidential race is concerned, it is over,” said Rivera, “and those people who continue to promote some fantastic legislative or judicial or constitutional, you know, magic wand that’s going to save the Trump presidency. You are wrong. You are misleading the American people.”

“You have knuckleheads now talking about secession,” said Rivera. “I mean, come on, that’s crazy stuff. We have to move on, move on. We’re one country.”