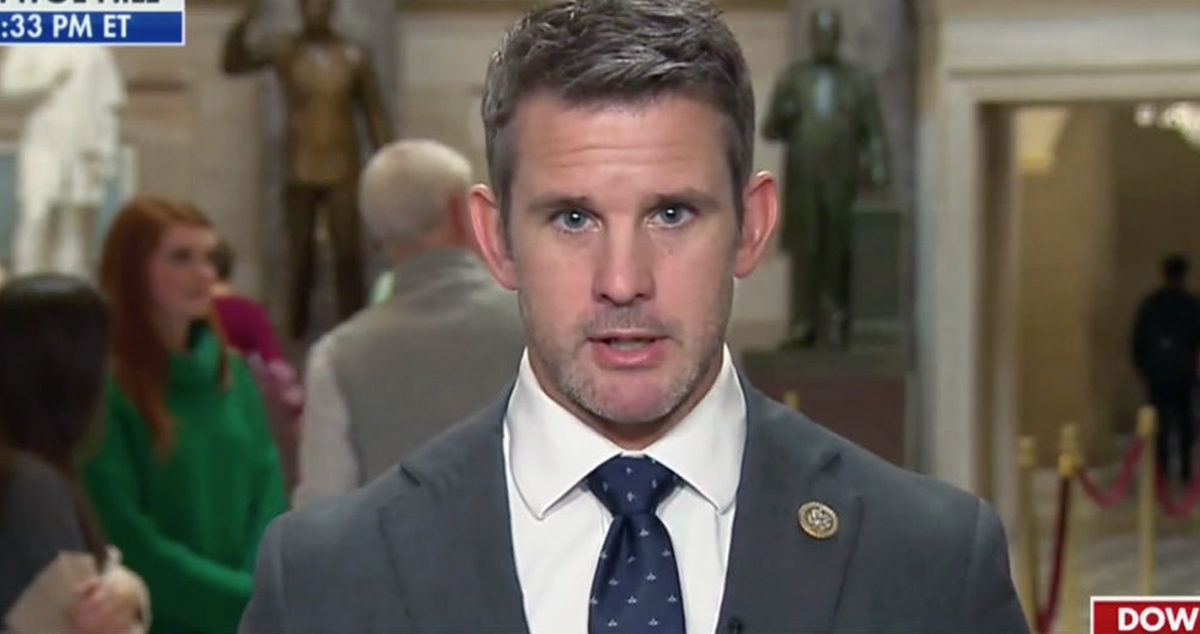 Congressman Adam Kinzinger (R-IL) is calling for the invocation of the 25th Amendment to remove President Donald Trump from office after his role in inciting the violent storming of the Capitol by his supporters, calling the president “unfit” and “unwell.”

Kinzinger made the announcement in a short video posted on his Twitter account, writing “It’s with a heavy heart I am calling for the sake of our Democracy that the 25th Amendment be invoked.”

It’s with a heavy heart I am calling for the sake of our Democracy that the 25th Amendment be invoked. My statement: pic.twitter.com/yVyQrYcjuD

“Yesterday was a sad day, as we all know,” Kinzinger said in the video, calling it “a day where fires stoked by the president and other leaders” had spread. “Thankfully, the strength of our Constitution and democracy held, and we emerged today a little battered, but resolved.”

“What happened yesterday is a wake-up call to many,” he added, “but it’s a call to accountability for others.”

Past presidents have invoked the 25th Amendment to temporarily pass their powers to their vice presidents, Kinzinger explained, during even minor surgical procedures while they were under anesthesia because they were “concerned about even a moment of weakness,” and worried that having an “absent captain of the ship” for “even a moment” could cause a “catastrophe.”

“Sadly, yesterday it became evident that not only has the president abdicated his duty to protect the American people and the people’s House, he invoked and inflamed passions that only gave fuel to the insurrection that we saw here,” said Kinzinger. “When pressed to move and denounce the violence, he barely did so, while of course victimizing himself and seeming to give a wink and a nod to those doing it.”

“All indications are that the president has become unmoored, not just from his duty, or even his oath, but from reality itself,” Kinzinger explained. “It is for this reason that I call for the vice president and members of the Cabinet to ensure that the next few weeks are safe for the American people and that we have a sane captain of the ship.”

“It’s time to invoke the 25th Amendment, and end this nightmare,” Kinzinger concluded. “We will arise from this, but we cannot forget what led us here. The liars and conspiracy authors are already at it again this morning with false narratives about yesterday’s disaster.”