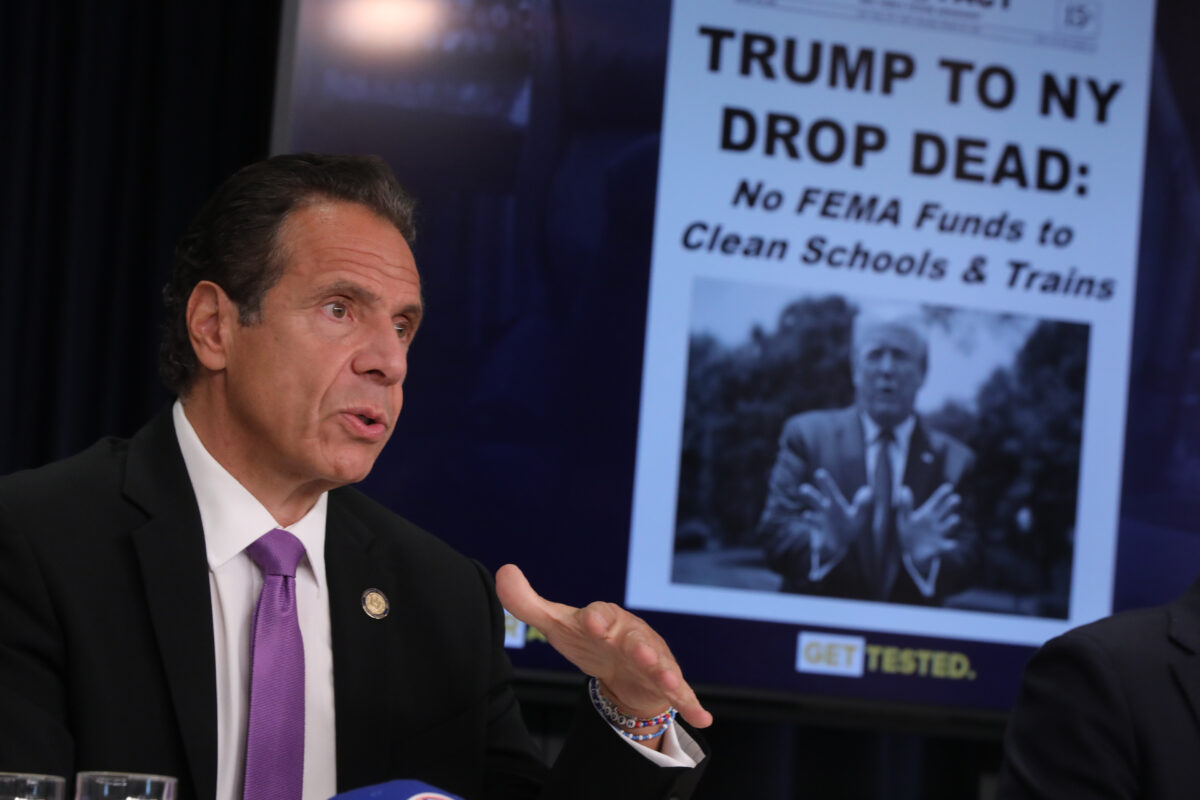 Gov. Andrew Cuomo told Howard Stern on Monday that he would have “decked” President Donald Trump if he wasn’t the Governor of New York.

Gov. Cuomo appeared on The Howard Stern Show to promote his new book, American Crisis: Leadership Lessons From the COVID-19 Pandemic. During the hourlong interview, the governor addressed his ongoing clashes with Trump.

The president has publicly attacked both the governor and his brother, CNN anchor Chris Cuomo, throughout the coronavirus pandemic. Gov. Cuomo admitted that he had to hold back his own insults for the good of New York state.

“I bit my tongue so many times I have tongue scars,” he said. “Here’s the trick, Howard. I want to speak to the better angels. I want to lift people up and I want to show Trump for what he is by opposition.”

“I also had the practical situation: I needed him to help New York,” he continued. “That was my job. If I wasn’t Governor of New York, I would’ve decked him. Period. He was attacking me. He was attacking my family. He was anti-Italian. He was every nasty thing.”

One attack that particularly bothered the governor was Trump referring to his brother Chris as “Fredo,” a reference to the younger brother from The Godfather.

“I’m from New York, right, so I’m very sensitive to all ethnic slights,” Gov. Cuomo said. “It’s not funny. First, the mafia stereotype has been such a stain for Italians for so long —and that’s where they go when they want to get cheap and nasty.”

Gov. Cuomo went on to say that Trump was only attacking his brother “to hurt me,” adding, “I said to him, ‘You want to attack me? Attack me. I don’t have a problem with that, but why are you bringing my brother into it? He’s just doing his job.’”

The governor also bashed Trump for previously touting hydroxychloroquine – a drug used to treat malaria – as a coronavirus miracle drug.

“This whole hydroxychloroquine [ordeal] was one of the dumbest things of all time,” Gov. Cuomo said. “They didn’t know what they were talking about. Either somebody owned stock in that company and it was some financial scam or it was just totally dumb.”

Gov. Cuomo went on to suggest that Trump wanted him to “change the numbers” of Covid cases in New York. “He said, ‘We’re about to do the distribution of the hospital money and your state is not going to get funding if we don’t have these results.’ I said, ‘That’s just not going to work. You’re talking to the wrong guy if you think you’re going to muscle me.’”