As usual, the thoughts are my own and aren’t privy to any insider information. I’m not taking into account things like profits and stock value. The purpose of these articles is to determine how well K-pop agencies are serving their artists and fans. 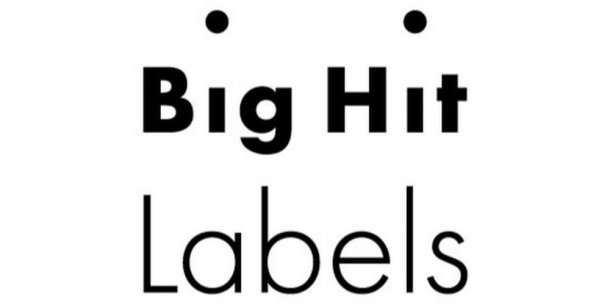 Only a couple of years ago, Big Hit wasn’t even part of my main “Grading the K-Pop Agencies” features. But, the company has firmly slotted itself within “the big four,” leading the industry in many ways. As if fostering the biggest K-pop act on the planet wasn’t enough, they’ve gobbled up a few of K-pop’s heavy hitters to form what is now known as Big Hit Labels. While 2019 saw them beginning to make these moves, 2020 bore the fruit of their acquisitions.

It was a busy year for the company, with multiple comebacks by their main in-house artists as well as the newly acquired GFriend, Seventeen and Nu’est. Quite frankly, they are now home to a large chunk of the most successful K-pop acts of this generation. It’s pretty hard to screw that up. And for those who feared that self-produced acts like Seventeen would lose their individuality in the shuffle, 2020 proved that these groups wouldn’t just absorb into a standard Big Hit sound.

GFriend was something of an exception to this, and I’d also argue that they were the biggest beneficiaries of the merger. Though they’ve always been successful (especially with domestic audiences), their collaboration with Big Hit’s suite of producers proved invaluable this year, reinventing their sound while retaining much of its core elements. This is a difficult balance to strike, but over the course of three albums, they really pulled it off.

Seventeen continued to sell gargantuan amounts of albums, and pretty much kept doing their own thing with the benefit of added Big Hit budget and clout. I wasn’t too keen on a lot of their 2020 material, but there’s no denying that the group remains an incredible success. In comparison, their older brother group Nu’est had a quieter year, releasing only one mini album.

Big Hit’s core group BTS continued to go from strength to strength, at least commercially. They scored their biggest global hit yet with Dynamite and dominated every chart they were on. And with military enlistment pushed back a bit, they’re poised to continue this winning streak for the foreseeable future. Of all the K-pop acts I can remember, they are the closest to being a “household name” among the general public – even here in the States!

TXT also grew their sales and notoriety in 2020, and the just-debuted ENHYPEN struck sales gold right out of the gate – even if their survival series I-LAND fell short of the hype created by shows like Produce 101. And going public, Big Hit is clearly rolling in money. It’s not too much of an exaggeration to say that they’re well on their way to becoming the Disney of K-pop. Now, whether that’s a good thing or not is open for debate…

…and, I tend to think that this is rife with potential issues. I’ve got nothing against Disney. They churn out some great material. But, I think the comparison is apt. As a company grows and becomes more mainstream, it also becomes more difficult to take the kind of artistic risks that lead to truly stunning music. Big Hit has nothing to complain about when it comes to financials, but much of their musical output this year felt overly generic. It was high quality and big budget, for sure. But, too many songs lacked personality.

BTS have reached a pinnacle that few could have predicted. They are titans within the industry, and could really release anything they want with a high level of success. But I’d argue that – taken as a whole – their 2020 output was the weakest of any year in their career. There were some highlights, for sure, but nothing that sparked with the same originality or personality of their best work.

As Big Hit’s list of producers and collaborators has expanded, their song credits often encompass half a dozen names or more. This is a far cry from the early days of Pdogg and “Hitman” Bang and few others. Sure, many hands make light work, but this approach tends to have a more corporate feel. In many ways, this makes sense. BTS are no longer just “BTS.” They’ve become an industry unto themselves, with a rapidly expanding web of collaborators.

Here’s the thing: there’s nothing wrong with industry, and there’s certainly nothing wrong with collaboration. And if your goal is to make glossy, big-budget pop music with an emphasis on artifice (see: Johnny’s Entertainment), this kind of corporate process makes perfect sense. But, BTS have always sold themselves on a more personal worldview, and when that worldview is filtered through a veritable army of producers, it begins to lose some of its authenticity. I’m just not sure you can have it both ways, and I think this is something that Big Hit is going to continue to struggle with.

This all culminated in the release of Dynamite – a commercial-jingle-ready pop song if I’ve ever heard one. I know a lot of people love it, and it certainly rattled around my head this year. But for me, this song feels like a major “jump the shark” moment. It comes across as K-pop conforming to a mainstream American radio sound rather than showcasing its own unique strengths. I know there’s a strong argument to be made in the opposite direction, but I still worry about the precedent it sets. I just hate seeing amazing things become watered down.

If I had it my way, 2021 would be a year for BTS to really establish themselves individually. Take a short break from group work and focus on solos or sub-units. Get some of the guys on dramas if they’re interested. Begin to plant the seeds for a post-BTS career, because whether fans want to admit it or not, idol group sensations all come to an end eventually. It’s just the natural order of things.

Junior group TXT had a few growing pains in their second year. I wasn’t a fan of the angstier direction they took in the spring, but was happy to see them revert back to upbeat material in the fall. The group’s overall promotion seemed more scattered than last year, but I think they’ve still got tons of potential yet to be explored.

Finally, when it comes to Big Hit, you know I’m going to mention vocal processing. I’m a big proponent of agencies having their own “house style,” where a common sonic thread links all the artists together. But, I don’t know why Big Hit’s calling card has to be this mushy, mealy-mouthed vocal processing they seem to slather over every track. Though it fits well with some of the more ethereal songs in the BTS and TXT discographies, more often than not it just drowns the artists in effects that make them all sound identical.

It’s a baffling move, and one that I’ve seen widely mocked in many circles. I’m not sure if the agency just doesn’t have confidence in their artists’ vocal ability, or if Bang Si-hyuk genuinely loves this sound. Either way, I think they’d be much better off letting a more natural tone drive their music. If they must employ aggressive vocal effects, at least hire producers like Sweetune who know what they’re doing!