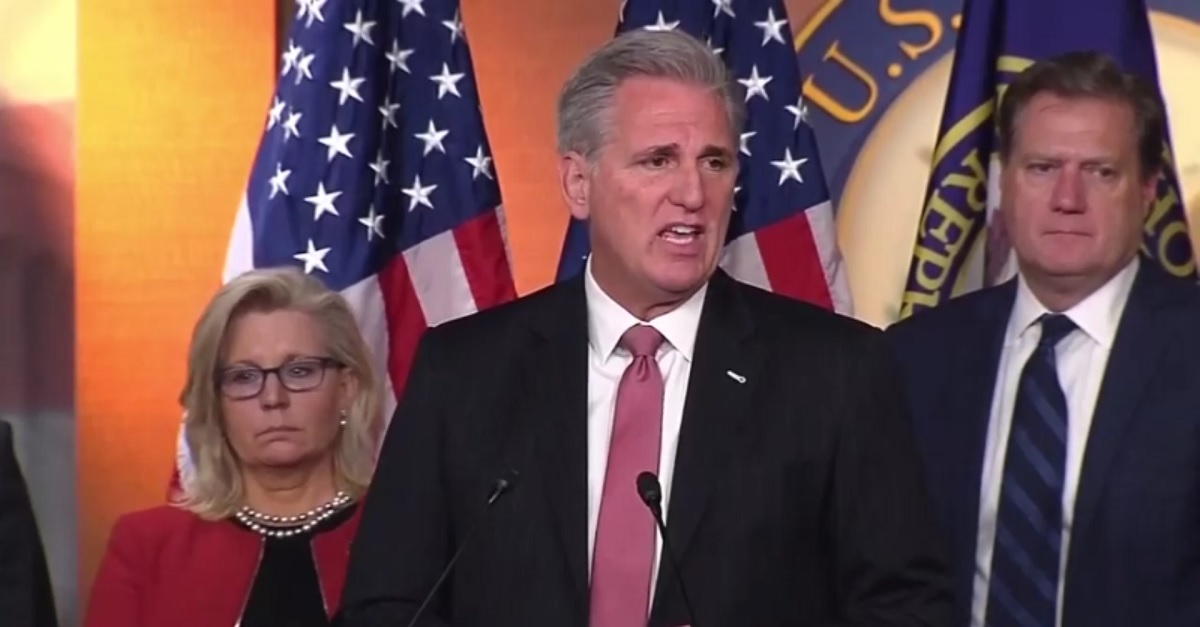 House Minority Leader Kevin McCarthy (R-CA) on Wednesday ended a call with House Republicans after they began leaking to the media about his effort to kill a proposal that would include direct $2,000 payments to Americans.

In a private call with Republican lawmakers, McCarthy said he would move to block House Speaker Nancy Pelosi (D-CA) from winning unanimous consent for the measure, which President Donald Trump, numerous Democrats, and some Republicans have called on Congress to pass. However, he quickly realized that not all of his colleagues were on board with his plans.

McCarthy “just told members on call that somebody is leaking to the NYT … while on the call,” The New York Times’ Jonathan Martin noted on Twitter. McCarthy “terminated the call after revealing the leaks. ‘There is a New York Times reporter live-tweeting this,’ he said, noting that members may feel constrained.”

Trump has expressed displeasure with the $908 billion stimulus package in Congress for providing $600 checks to individual Americans below a certain income threshold — which are expected to cost around $150 billion — while spending big in other areas. A 5,593-page version of the proposal passed the Senate on Monday, but as of Wednesday, lawmakers were still in the process of making final changes.

The president’s two adult sons both expressed reservations on Twitter this week about the legislation. “When your country’s COVID-19 relief bill includes $10 million in ‘gender program’  for Pakistan, you know Congress is broken,” said one message highlighted by Donald Trump Jr. on Tuesday, a reference to a provision in the bill that would send foreign aid for Pakistan.

Eric Trump wrote his own message on Wednesday highlighting largesse in the package, including $40 million for the Kennedy Center for Performing Arts in Washington, D.C., and suggested the president would veto the proposal. “You get $600!” he wrote. “Proud of @realDonaldTrump for rejecting this crap. It is a prime example of Washington D.C and what you get from your government.”

The bill is expected to hit Trump’s Oval Office desk by Thursday or Friday. The president has not indicated whether he intends to sign the deal if it comes to him without further amendment.