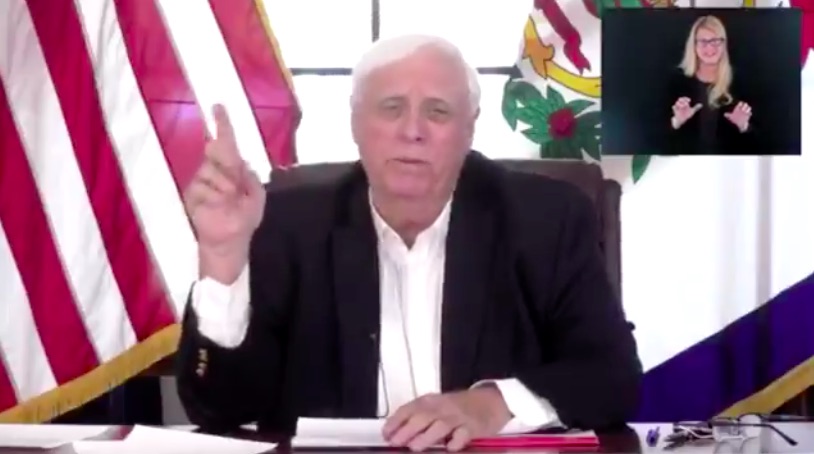 In an address to his constituents, Justice said that he’d had “many, many people” in his state urging him to approach the pandemic like South Dakota, where Gov. Noem has taken a hands-off strategy toward enforcing public health guidelines to stop the virus’ spread. But the West Virginia governor strongly pushed back on that idea, saying: “I don’t want to be South Dakota.” Two weeks ago, Justice had put in place a strict new mask mandate for his state, which has prompted a legal battle over whether it violates the state’s constitution.

To further make his case, Justice played a CBS Evening News report from on the ground in South Dakota, which currently has the highest per capita Covid death rate in the world.

This may anger S. Dakota’s GOP Governor @KristiNoem. W. Virginia’s Gov saw our @CBSEveningNews report from S.D. & he told his people: based on how bad the COVID crisis is in S.D. he doesn’t want to be S.D. even though people are telling him: be like S.D.pic.twitter.com/OCfbEiMD5G

“I don’t know how in the world we could have any desire whatsoever to be like South Dakota,” Justice said, once the CBS clip finished. “I know, I know, that we are strong-willed people in West Virginia and we have our rights and no one is trying to infringe on your rights in any way.”

“To say [mask wearing] doesn’t work?! Are you kidding me? Of course it works,” Justice emphasized. “Look, we’re not one to take anybody’s rights, my good Lord, I get it wholeheartedly. We don’t want to do that in any way. But you gotta help me right now. Please, please help me.”