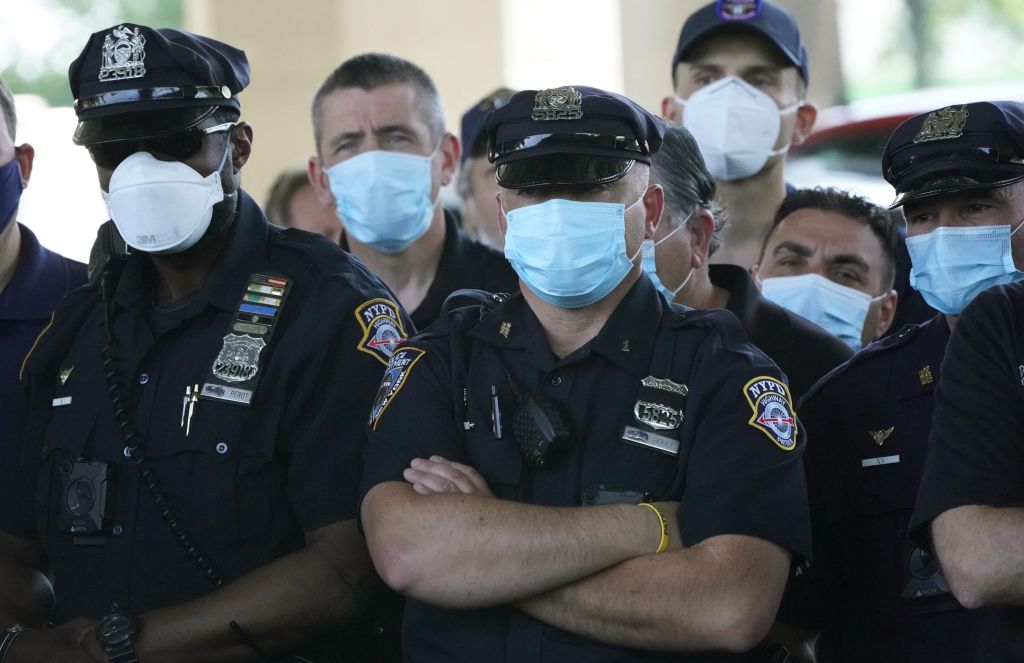 TIMOTHY A. CLARY/AFP via Getty Images

The George Floyd protests in New York City over the summer made national headlines not just for the protests themselves, but for the New York City Police Department’s reactions to them, and now a city-ordered investigation has found that the NYPD did in fact use excessive force against the protesters, due in part to a lack of recent, relevant training.

The investigation by the NYC Department of Investigation was the result of an order by Mayor Bill de Blasio in May, in response to these viral videos.

The DOI reviewed the reported incidents and released a 111-page report on Friday, analyzing the incidents and making recommendations.

In a summary on their Twitter account, DOI stated that the “NYPD lacked a clearly defined strategy to respond to the protests” and “used ‘disorder control’ tactics that may have provoked confrontations” between police and protesters. They also specifically highlighted training deficiencies, noting that officers deployed to the protests “lacked sufficient — or sufficiently recent — training on policing protests,” and many receiving no training on this issue since the police academy. Another problem involved the civilian authorities with oversight over the NYPD; DOI found redundancies and miscommunications between the multiple “structures and systems for civilian police oversight” and recommended that these functions be consolidated into a single unified agency.

DOI’s investigation found: NYPD lacked a clearly defined strategy to respond to the protests; used “disorder control” tactics that may have provoked confrontations between police/protestors. 1/6

NYPD did not incorporate the Community Affairs Bureau into planning or strategy around policing the protests. 4/6

DOI also reviewed the structures and systems for civilian police oversight in NYC and recommends the Mayor & City Council consolidate existing oversight functions into a single agency with an independent board. 5/6

NYPD Commissioner Dermot Shea also seems to be on board, issuing a statement thanking the DOI for the report’s “20 logical and thoughtful recommendations that I intend to incorporate into our future policy and training.”