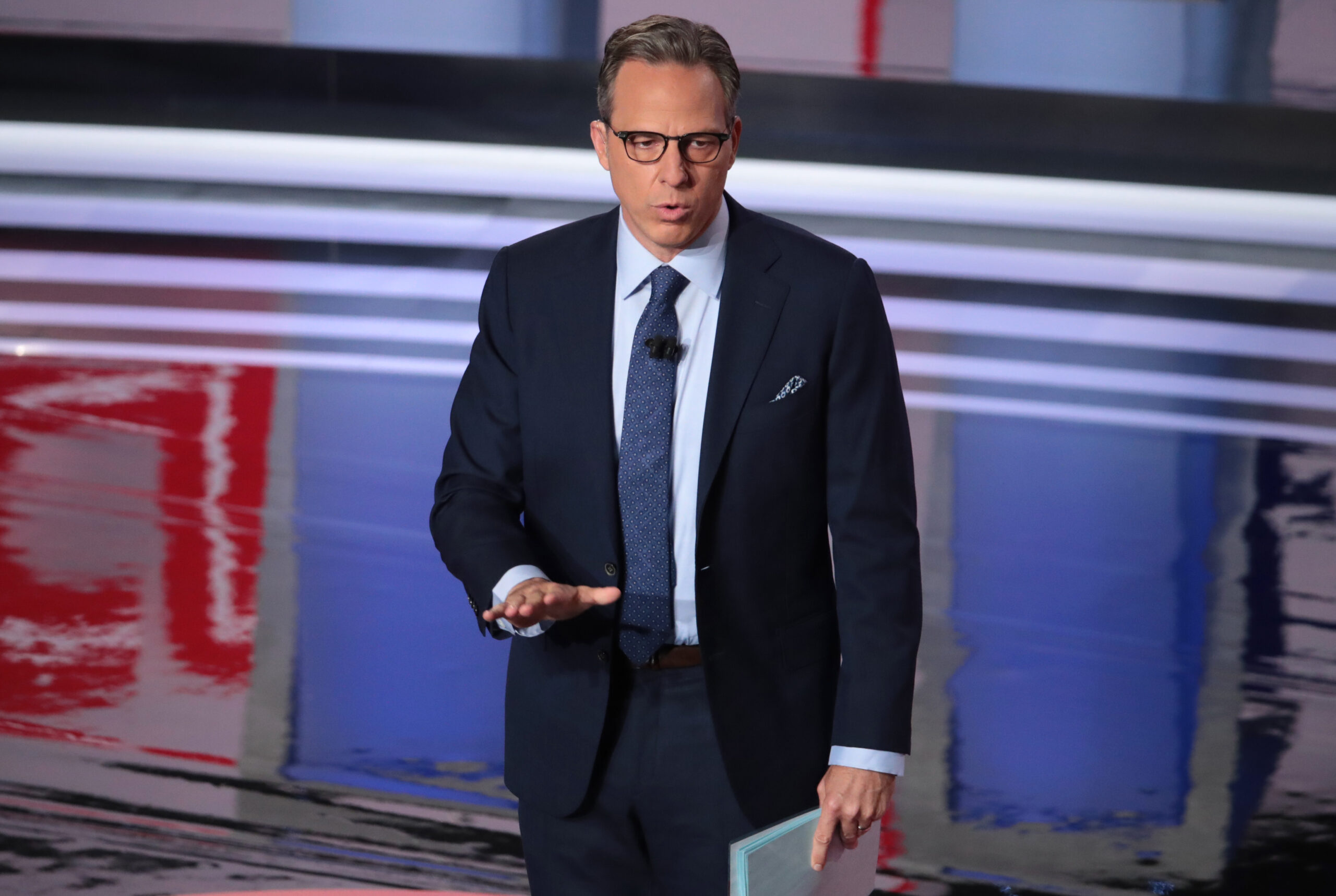 Jake Tapper said he feels “sympathy” for supporters of President Donald Trump, who are “outraged” because they are being lied to about the 2020 election.

In an interview to Vanity Fair’s Joe Hagan, the CNN anchor spoke out about a question at the top of the news: what does Trump’s 2020 election dispute say about America? The subject came up as Hogan asked Tapper how he deals with Republicans who complain about attacks from the “liberal media” when called out for spreading misinformation.

Tapper answered by saying it’s a “disgrace” that Trump’s campaign and allies make it their job “to undermine facts” and “mislead people.” As for Trump’s supporters who believe his lies about having won the election, Tapper said he feels sorry for them.

“I feel sympathy for them, is the truth,” Tapper said. “I feel bad. They’re outraged because they’re being told things that aren’t true. And that’s a disgrace for the people who are telling the lies, not the people who are hearing them and getting outraged.”

Tapper and Hagan discussed Republicans who have joined Trump in his war against facts regarding the election. Tapper cited recent polls that show most Republicans think the election was “rigged” and that Joe Biden’s win was illegitimate.

“I think they’re doing it because President Trump refuses to [concede],” Tapper said. “Whatever the reason is, he’s not accepting it. And because he’s not accepting it, there’s this whole group of people around him that are either enablers or coddlers or just ‘ride or die,’ and they are going along with it.”

Hagan asked Tapper if he thinks Trump will keep his political power and influence once he’s out of office, or if that will fade once he can no longer command the media’s attention. Tapper said he suspected some of Trump’s power will be gone when he’s no longer president, but how much remains to be seen.

From Tapper, via Vanity Fair.

When that power is taken away, is all his power taken away? No, not all of it, but a great deal of it because he’ll be able to maintain a fundraising apparatus and a disinformation megaphone, but there won’t be as much consequence. The truth of the matter is that he has white male non-college-educated voters, that is his base. And they’re with him, but that’s a real minority of the American people. And so I don’t know how much having that solid base—I don’t want to patronize them, but being believed by this group, by this demographic, I don’t know how much that continues to give him power with Republican officeholders going forward. I suspect that Mitch McConnell will not pay as much attention as of January 20, 2021, to Donald Trump. And so that is also some of his power being taken away.

Inevitably, this came back to the matter of how much false information has been amplified under Trump, and the degree to which Trump has turned facts and decency into partisan flashpoints.

“By calling out the truth, you’re the fake news, you’re opposing the Republican Party,” Hogan said.

Tapper agreed, then dug at Republicans who won’t stand up to Trump even when lives are put at risk.

Donald Trump has turned facts and decency into partisan ideas, partisan footballs, and they shouldn’t be. And in general, Republican officials have sat back and relied on schmucks like me to do the work, and it’s not fair, because I shouldn’t be braver than a U.S. senator, I’m just a cable-news anchor, but there is such a thing as empirical truth. And whether it has to do with the coronavirus response or the election, I mean, this has not been good and it’s been dangerous and it has…you know, you can’t directly draw a line between point A and point B, but I don’t know how you escape the conclusion that this has cost lives.