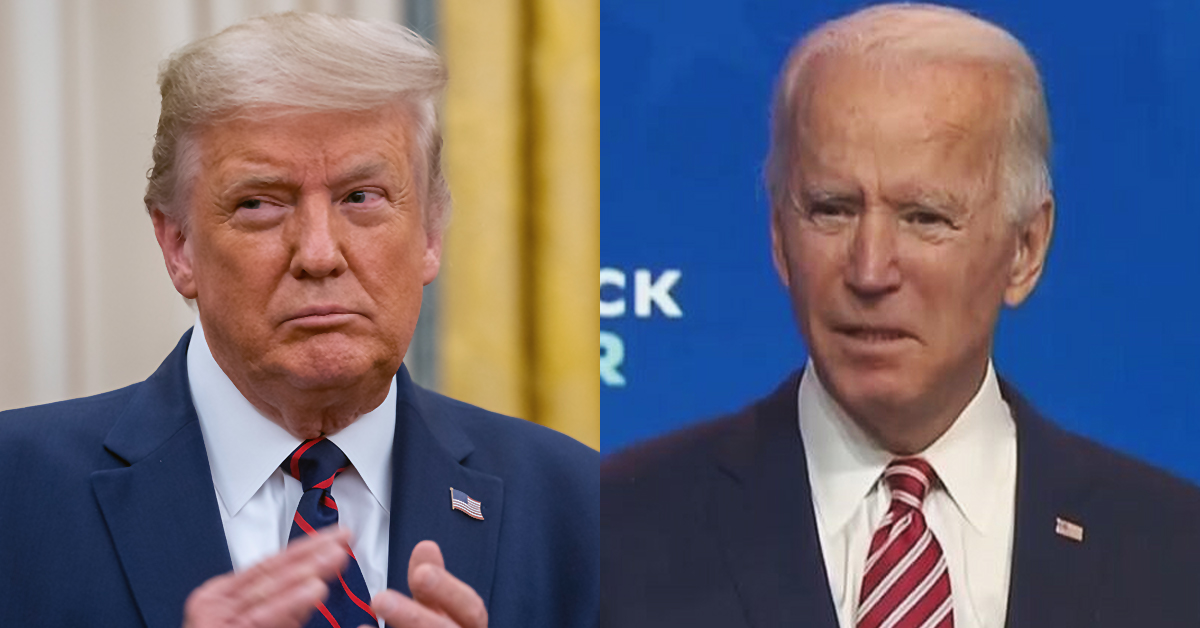 Most Americans rejected the actions of rioters storming the Capitol this week, and majorities also blame the President in some part for those actions. There is a split on whether he should be removed from office immediately, something that’s a real possibility at the moment in a push from Democrats toward a second impeachment.

In the latest Marist poll, the results showed that while a majority of Americans think Mr.-elect Donald Trump shares at least some blame for the attack on the U.S. Capitol on Wednesday, among Republicans a majority did not think he bore much or any blame. In a more striking result, the latest YouGov shows that a majority of Republicans actually think the person to blame for the pro-Trump riots is President-elect Joe Biden.

The latest YouGov poll of registered voters had a few results that might be considered surprising, along with the one jaw-dropper. For example, on the question of support for the actions of the insurrectionist mob in D.C., among Republicans 28% said they “strongly oppose” while 29% said they “strongly support.” When you add in “somewhat support” and “somewhat oppose” you get a picture of the GOP on the issue. More support than oppose the actions of the rioters.

However, even though more Republicans support the rioters than oppose them, they still give the “credit” to Biden over Trump. 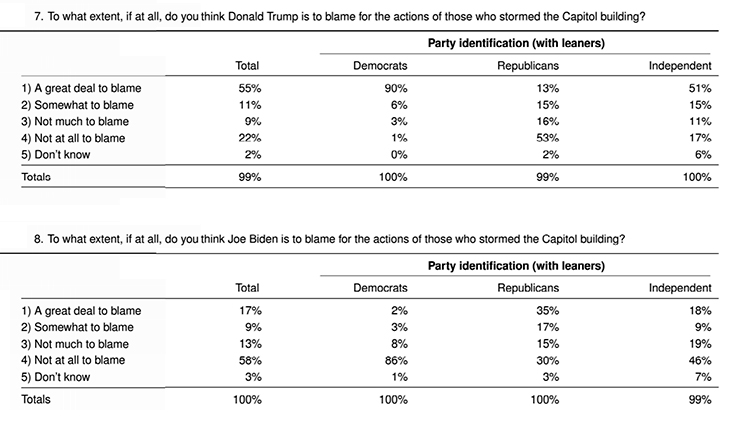 Here’s the graphic distribution on the Biden question, from YouGov’s interactive charts.

YouGov’s poll also covered the question of how to refer to the rioters, offering a list of terms including domestic terrorists, extremists, or even patriots. It was another fascinating if somewhat unsettling result, with 50% of Republicans selecting “protesters” as the most appropriate term.

Read the whole survey at YouGov.