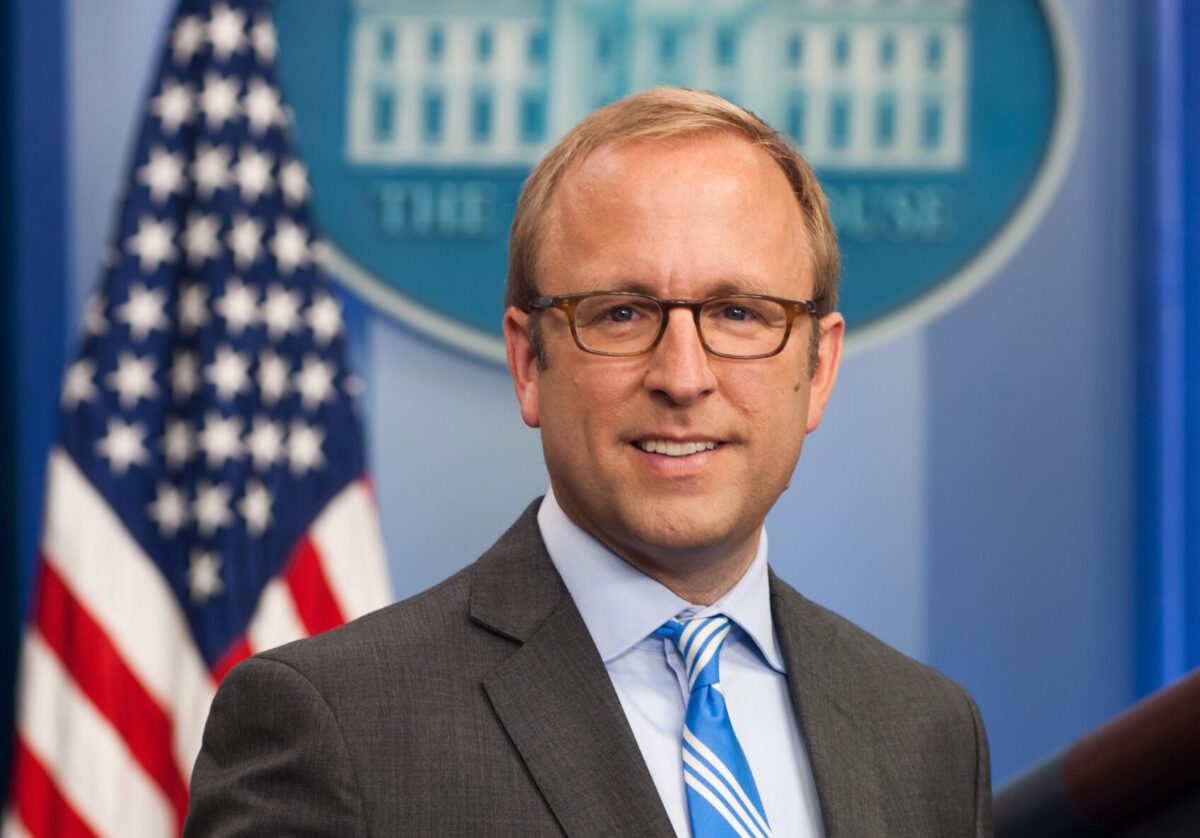 ABC News Chief White House Correspondent Jonathan Karl chatted with Mediaite Editor-in-Chief Aidan McLaughlin in a September episode of our podcast, The Interview, about the adversarial relationship that President Donald Trump has with the media.

Shortly before he recorded the podcast, Karl did something he had resisted doing for the first three and a half years of the Trump presidency: he asked Trump why he lied to the American people about the Covid-19 pandemic, based on the president’s comments to Bob Woodward admitting that he had deliberately downplayed the seriousness of the virus.

“I’ve resisted using that word,” Karl told McLaughlin. “I would prefer the readers and viewers of ABC to to make the judgment to you know, I give you the information. You can decide what the intent behind the information was. I will tell you when the president has said something that is not true.”

“We see him saying something, not only that is factually incorrect, which I had pointed out in real time, but something that we now have evidence on tape that the president was fully aware was incorrect. And in such a matter of such monumental importance,” Karl explained. “And then there’s one other factor that led to the question. And that is the tape that Woodward released from March, where the president explains why he lied. He talks about how he didn’t want to panic. That’s why he downplayed what he knew to be the truth.”

Still, Karl said he doesn’t “want to appear like the presidents opposition.”

“I’m not part of the resistance,” he said. “I’m not his political opponents. I don’t want people to see me in there and think I’m just out to get him. But I also have something that is more important than all of those things. And that is that the reporter’s first loyalty must be to pursuing the truth. And part of pursuing the truth is using clarity of language.”

For more prescient insights that will keep you in the know, subscribe to Mediaite’s The Interview podcast via iTunes. And listen to the full episode with Karl below, including his thoughts about the Supreme Court vacancy left by Justice Ruth Bader Ginsburg’s passing, the bombshell report in The Atlantic by Jeffrey Goldberg alleging Trump made disparaging comments about American veterans, and the 2020 election. We’ll have more of The Interview’s highlights from 2020 throughout the week.