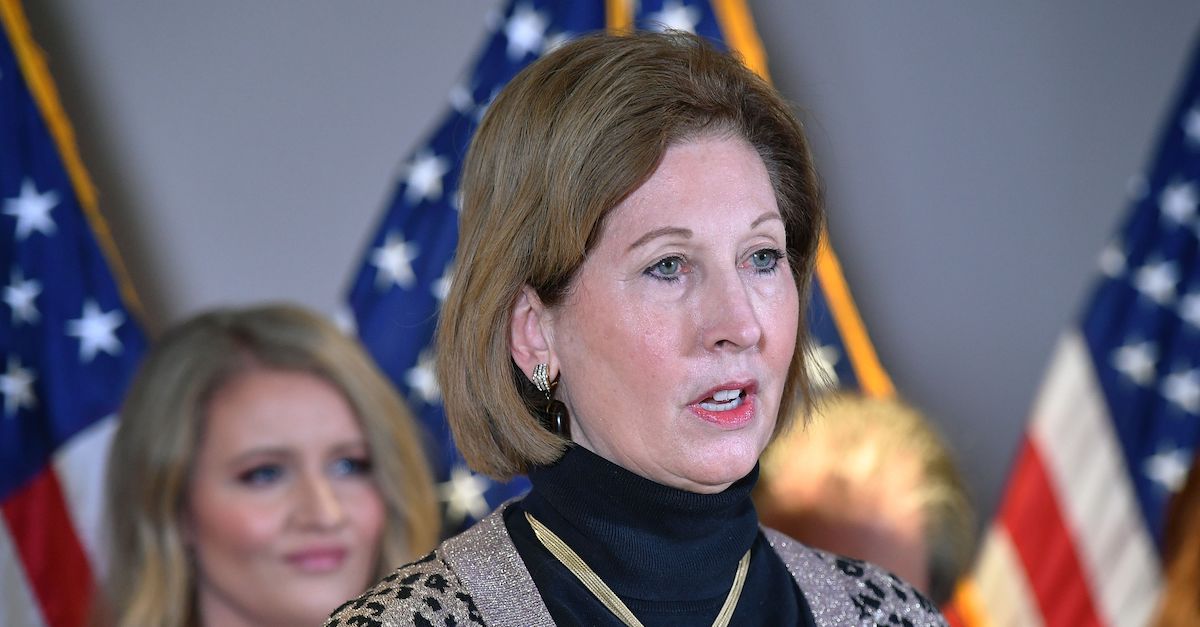 In a meeting at the White House on Friday, the New York Times reports, President Donald Trump put forth the idea of appointing “Kraken” attorney Sidney Powell as a special prosecutor to investigate election fraud.

“It was unclear if Mr. Trump will move ahead with such a plan,” reported Maggie Haberman and Zolan Kanno-Youngs, of the idea their sources say “most of his advisers opposed.”

And what’s more, Powell was in the meeting.

Things “got raucous,” reports Haberman, in a tweet thread on the details that is itself a raucous read. It seems the meeting was chaotic. People arguing, storming in and out, Giuliani on the phone, Powell in the room, dogs and cats living together: Mass hysteria!

That the meeting would be contentious after such a suggestion should come as no surprise, considering the conspiracy theory-touting Powell was kicked off of Trump’s legal team last month, thrown under the bus in a brutal statement.

SCOOP – Sidney Powell was in Oval Office last night as POTUS discussed making her special counsel for election fraud. @KannoYoungs and me https://t.co/wUB8ZMrPxp

Among those pushing back on the idea was Pat Cipollone, Meadows and even Giuliani. But Giuliani separately pushed DHS this week to seize control of voting machines to examine them for possible fraud. DHS said it has no authority to do that. https://t.co/wUB8ZMrPxp

The meeting got raucous, with various administration members drifting in and out and different people arguing. Powell told others they were quitters, people people briefed on the meeting https://t.co/wUB8ZMrPxp

The fact of the meeting – and Giuliani hope of seizing the voting machines – has alarmed some of the president’s advisers, who see his desire to take his refusal to accept the election results as in a dangerous new place https://t.co/wUB8ZMrPxp

Meadows and Cipollone strenuously and repeatedly objected to these suggestions, saying there was no constitutional basis, according to the people briefed.

One person floated an executive order to seize the voting machines. That was also shot down by Cipollone, per the people briefed.

Adding to the story but two people briefed said Flynn was there as well for this meeting.