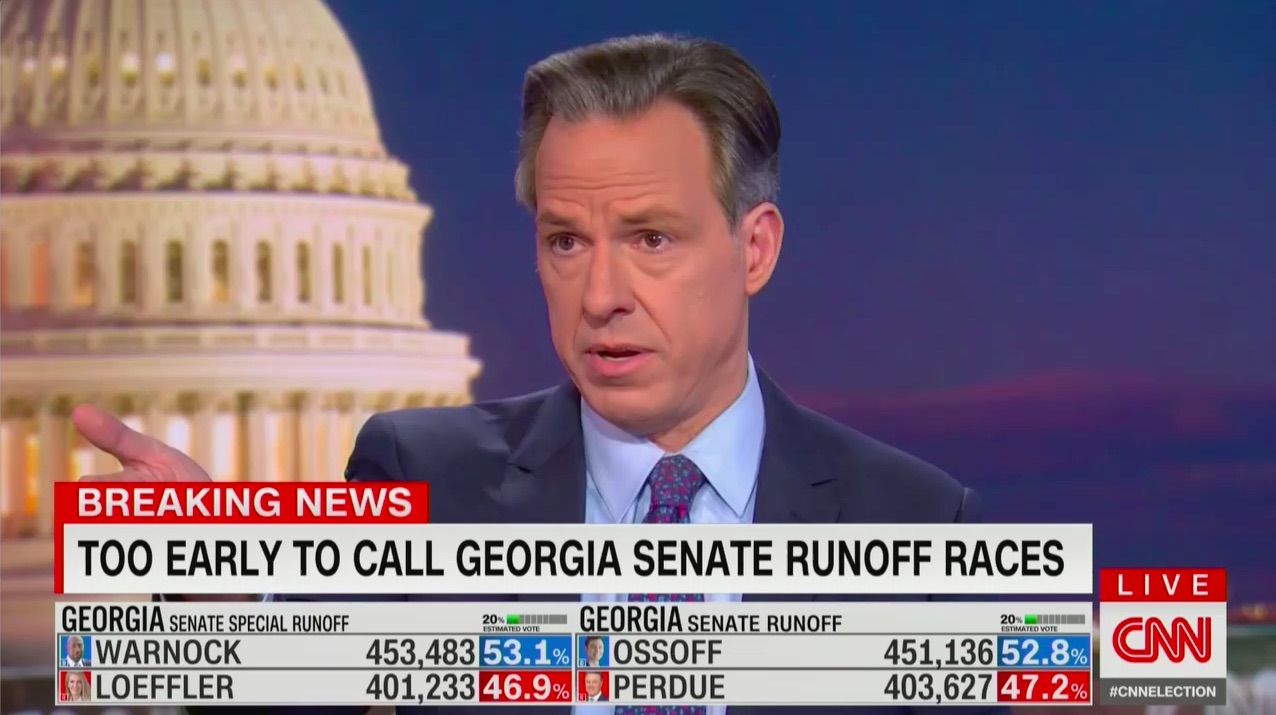 Fox News and CNN announced major changes to their lineups Monday morning, with Fox News expanding its opinion programming to start an hour earlier each night, CNN’s Jake Tapper taking on an extra hour of weekday anchoring, and top White House correspondents for both networks – John Roberts and Jim Acosta, respective – stepping away from their roles.

Both networks revamped their programming with an eye toward a new administration. Fox News signaled as early as October that it was planning changes to its dayside. CNN, meanwhile, announced its changes amid a surge in ratings establishing the network as the most watched in cable news since the 2020 election.

Let’s take a look at some key takeaways from the shakeups.

Starting January 18, Fox News Primetime, a 7 p.m. opinion show, will replace The Story with Martha MacCallum, which Fox has long touted as a jewel of its hard news lineup. Fox said that a “rotating group” of opinion hosts will anchor at 7 p.m., and confirmed that Brian Kilmeade will be first up to anchor the new show, which was first reported by Outkick.

Although Fox has for years dominated the ratings, particularly in prime time, CNN has won in both total viewers and the younger demographic since the 2020 election. The Story — which never drew the audience of its opinion counterparts — has suffered from tough ratings headlines in recent weeks. On one night after the election, Greg Kelly’s Newsmax show overtook The Story in the demo. (The Story won in total viewers, and the upset has not been repeated since.) Given the reliable ratings success of Fox’s opinion shows, the new lineup could be an attempt to regain some of the viewers it has lost since the election.

It will be worth watching whether Fox’s turn to opinion at 7 p.m. marks an improvement on its standing against rivals: Joy Reid on MSNBC and Erin Burnett on CNN. That trend could be a marker of how Fox News will rate in the Biden era.

The addition of the opinion hour also means that Fox’s 6 p.m. flagship news show, Special Report with Bret Baier, is the last news program Fox viewers will see until Fox News at Night with Shannon Bream, the network’s 11 p.m. show.

Fox is not calling the move of Martha MacCallum from 7 p.m. to 3 p.m. a demotion, but it’s hard to see it any other way. Brian Stelter is also reporting that Rupert Murdoch was involved with the decision to move MacCallum to 3 p.m., which is predictable, given the media mogul is chairman of Fox Corp. would be aware of all major programming decisions. Newsmax TV, though, apparently wants to take credit for the move, claiming in a story that the fledgling network’s viewership has “caused a panic at Fox,” and adding “The Fox is on the run.” This may be overstating the situation, since as we noted, Greg Kelly Reports beat The Story in the demo only one time back in December. (And Newsmax, since its post-election highs, is down double digits in the ratings.)

It should be pointed out that while MacCallum’s ratings have been down considerably since the 2020 election, her show was the top rated in its hour in 2020, beating both MSNBC and CNN in total viewers and the demo.

The Lead vs. The Five

Starting in April, CNN’s The Lead with Jake Tapper will go from one hour to two, airing each day from 4 p.m. to 6 p.m., shortening The Situation Room with Wolf Blitzer by one hour. But Tapper’s expanded afternoon timeslot is more than just cable news real estate – it sets up a new face-off with Fox’s The Five, an opinion show that regularly performs very strongly for the network. In 2020, The Five was the third most-watched show on cable news in 2020, while The Situation Room and The Lead were ranked 26 and 27, respectively. Although The Lead’s coverage of the Jan. 6 insurrection on the U.S. Capitol helped power CNN to historic ratings highs for CNN, taking on both The Five, and Deadline: White House with Nicolle Wallace – which regularly gets more total viewers than CNN from 4 p.m. to 6 p.m., even though CNN sometimes wins in the demo – may be an uphill climb.

In addition to anchoring 10 hours during the week, Tapper will also share hosting duties for Sunday’s State of the Union with Dana Bash, with each hosting the show two Sundays per month.

What About the White House Correspondents?

John Roberts, stepping down from his role as Chief White House correspondent, will co-anchor a two-hour news show with Sandra Smith; America Reports will air daily from 1 p.m. to 3 p.m. A replacement for Roberts hasn’t yet been announced, although Peter Doocy, who has an established – if somewhat contentious – relationship with Biden, may be a strong contender.

Kristin Fisher, an impressive Fox News correspondent who worked with Roberts on the White House beat, is also well positioned for the nod.

At CNN, Kaitlan Collins is replacing chief White House correspondent Jim Acosta. Like Acosta, Collins has been briefly barred from accessing Trump, and has a reputation for asking questions that tend to fluster or frustrate the Trump administration. Acosta has been named anchor and chief domestic correspondent, and will also anchor on weekends.

The Takeaway: Win, Lose, or Draw?

In all the reshuffling Monday, some people definitely made out better than others. Here are some quick takeaways.

John Roberts was promoted from chief White House correspondent to co-anchor of a daily news show.

Fox News hasn’t named a permanent host of its new 7 p.m. opinion show, but Brian Kilmeade earned a vote of confidence in being tapped to serve as the first rotating host.

Jake Tapper is the big winner here. He expanded his presence on CNN daytime to command a two hour show, in addition to keeping a hand on State of the Union on Sundays.

Bill Hemmer, who was promoted to anchor of Bill Hemmer Reports at 3 p.m. in December 2019 following Shepard Smith’s sudden departure that October, has lost his titular show. He is returning to co-host America’s Newsroom in the mornings, in what Fox is calling a relaunch of the program. Dana Perino, who is also losing her titular show, will co-host.

Martha MacCallum, who co-anchored Fox’s special election coverage with Bret Baier, is moving to 3 p.m., which is largely seen as a less valuable timeslot than her current 7 p.m. spot.

Wolf Blitzer, who, according to the Washington Post’s Erik Wemple caused some headaches for CNN during his coverage of both the 2020 presidential election and the Georgia runoff, is losing an hour of The Situation Room each night to Tapper’s expanded Lead.

Harris Faulkner will still host two hours of daytime, losing Outnumbered Overtime at 1 p.m. but gaining The Faulkner Focus at 11 a.m., and keeping Outnumbered at 12 p.m.

Dana Perino loses her own show, but is getting an extra hour of airtime each day, co-hosting the re-launched America’s Newsroom with Hemmer. She also moves out of the traditionally tough 2 p.m. timeslot.

Jim Acosta is being replaced as chief White House correspondent, but shifting to chief domestic correspondent and earning an anchor gig after a fiery four years of covering the Trump administration.

Bret Baier, host of Fox’s flagship news show Special Report at 6 p.m., is untouched by the revamped lineup, as the hours around him enjoy a new coat of paint.

Disclaimer: Marisa Sarnoff was a researcher at Fox News from 2015 to 2020.