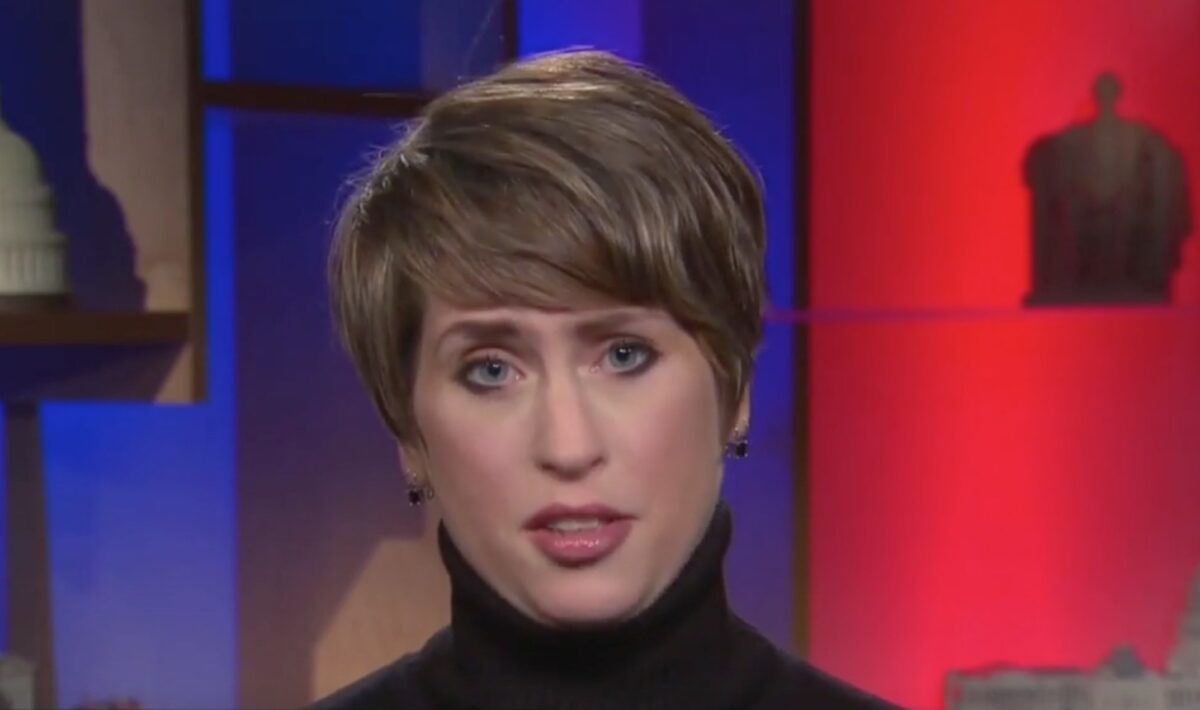 Republican strategist Liz Mair drew criticism on Monday for suggesting overpaid and underworked reporters are contributing to the death of local news.

“One problem contributing to the demise of local media is the very minimal output of some local reporters,” she wrote. “When you file like one story a week, it’s hard to justify high five figure or low six figure salaries and you’re not doing much to attract readers. Too little content.”

“Too few readers equals too few advertising and too little advertising dollars,” Mair added in a follow up tweet. “No one wants to have to file three things a day and that’s not the necessary standard. But filing a couple things a week, one or more of which is the same thing your competitors have also filed = death.”

The tweets were deleted after an uproar. See screenshots below. 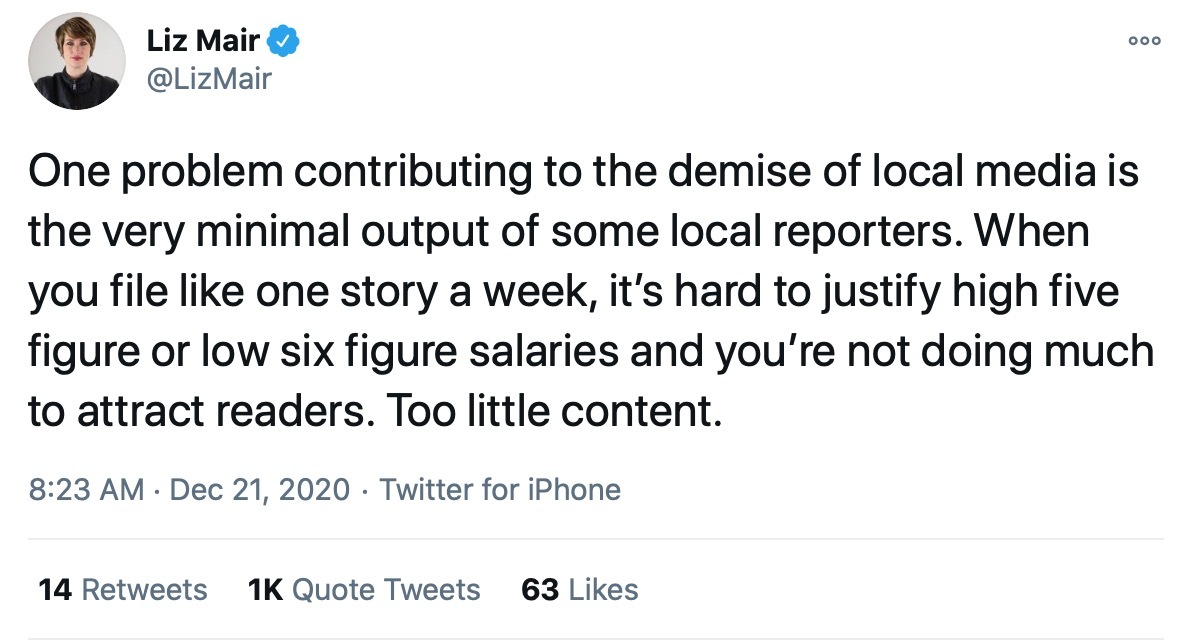 Mair’s assessment drew almost universal fire from journalists, who noted her assessment of the demise of local media was based on a wildly faulty premise.

This…is not the problem with or the cause of the demise of local media. https://t.co/vbGZ3C6lRd

Are these newspapers you speak of on this planet?

I have spent most of my career at local newspapers. My output ranged from 4 to 10 stories a week, with a weekender expected most weeks as well.

I’m not aware of which planet this is, but I’m sure there’s none in our quadrant, let alone our system.

Why not just tweet “I have no idea what I’m talking about and also need attention to feed the hunger”? People would understand and also maybe identify

You have no clue what you’re talking about. Really, it’s okay to just not tweet every thought that pops into your head.

one other big problem is people constantly, confidently popping off about stuff they clearly do not understandhttps://t.co/slBRJI2fSg

When I was a local reporter in the 2nd most expensive city in America, I wrote 4 stories a day and made under $50K https://t.co/dOaaLsuwTK

I know so many remarkably talented people at that paper who’ve worked there for DECADES and will never hit high five figures. This is so inaccurate that it’s frankly offensive. Most local reporters are working extremely long hours doing thankless work for shitty pay/healthcare.

The media world from the left and right is publicly, sometimes performatively, divided – like a lot of America – and so it’s nice on Christmas Week that everyone can come together to dunk on a particularly arrogant + ignorant tweet. https://t.co/9XuitHoWtW

This story has been updated to note that Liz Mair’s tweets have been deleted.

Listen, I was just trying to get you guys to stop reading Elle… tweet deleted, clearly had offended a bunch of people to whom I was not referring which was not what I was aiming for.