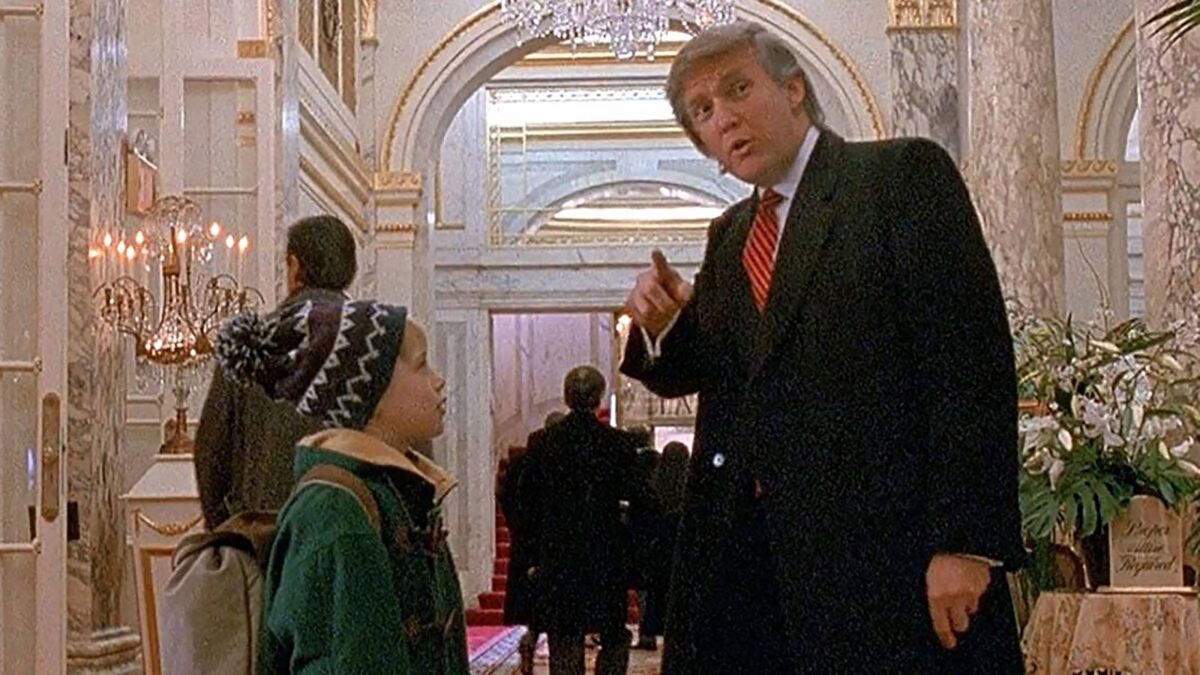 Earlier this week, a fan of the 1992 holiday classic tweeted, “Petition to digitally replace trump in ‘home alone 2’ with 40-year-old macaulay culkin.”

Another crafty fan managed to edit the president out of the movie. “due to popular request I have removed trump from home alone,” the user tweeted alongside a video featuring Trump digitally erased from the film.

In the Home Alone sequel, Culkin’s character bumps into Trump in the New York Plaza Hotel, which the president owned at the time. He then asks Trump for directions to the lobby.

Last month, Home Alone 2 director Chris Columbus said in an interview that Trump “bullied his way into the movie.” The filmmaker explained, “We paid the fee, but he also said, ‘The only way you can use the Plaza is if I’m in the movie.’”

Last year, Trump’s Home Alone 2 cameo was cut out of a holiday airing on the Canadian Broadcasting Corporation. Trump fired back on Twitter by blaming Canadian Prime Minister Justin Trudeau for the snub, adding, “the movie will never be the same! (just kidding).”

The CBC explained that Trump’s scene was one of several that were edited out for time purposes as they weren’t “integral to the plot.” The Canadian broadcaster also noted that the edit was made in previous airings of the film, well before Trump ran for president.