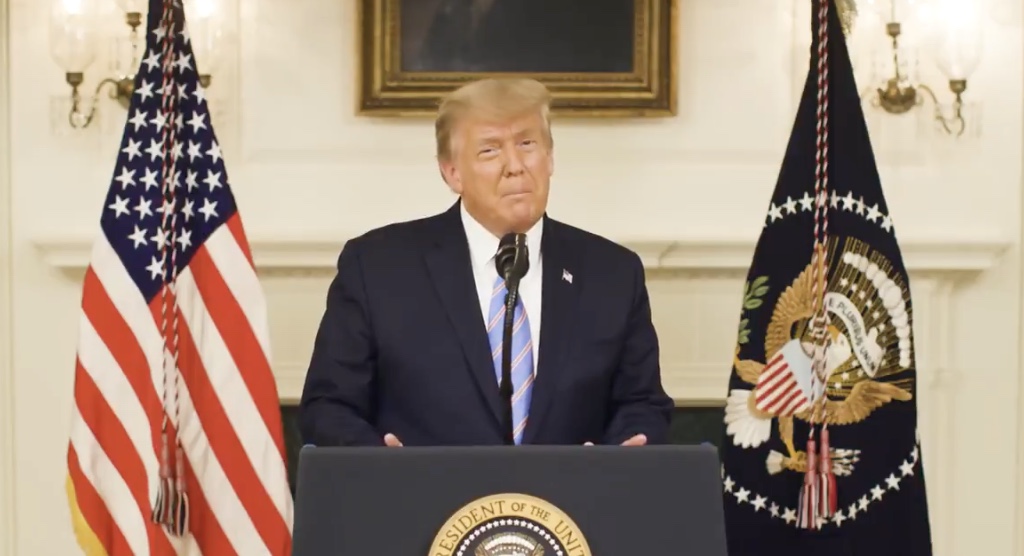 In the hours that followed President Donald Trump’s posting of a video in which he finally admitted that the election was over, and pledged a peaceful transition to the next administration (without naming President-elect Joe Biden by name.) Many media outlets, including this one, fairly called the speech a concession, his technically never saying the word “concede.”

The fact that one can concede a loss without actually saying the word was lost on a number of individuals on Twitter, who saw Trump’s most recent Rorschach test of content as evidence in support of the thing that they want to see. To paraphrase one of Trump’s most notorious moments, these are very confused people … on both sides.

The award for most delusional reaction goes to the MAGA set, who saw Trump not saying “I concede” as some sort of clue that the fight is not over. (It is.) To wit:

He didn’t say I concede

He said the fight has just begun

until I see Bidens b*tch ass crawl into the oval office, I’m having a great time in this Tom Clancy novel

He actually didn’t concede. But at this point who cares what he says. https://t.co/mFPGozxd7j

He didn’t concede. Does DJT have to spell it out for people! Geez 🙄

The hypocrisy coming from DC is very telling.
Truth is irrelevant. Power is what they crave.
We The People do not matter to these tyrannical liars.

The truth will prevail just as Trump will remain POTUS.

That speech? Listen again. He didn’t concede.
Why would he? Trump won. https://t.co/TT7LTM0Rof

He didn’t concede. Does DJT have to spell it out for people! Geez 🙄

Others fairly noted that while Trump’s message was very different than what he said early, say during the Save America Rally that incited a Capitol Hill siege by his supporters, his tone wasn’t that different. For example:

Trump didn’t concede. He didn’t mention Biden as POTUS elect. He said exactly as much as he was scared into saying to avoid losing 17 Republican Senators in an impeachment vote, no more or less.

And everyone who breathes a sigh of relief and thinking things are OK is gullible.

As usual, the most entertaining reactions came from those who used the absurdities on display as a platform for cracking wise. Like these Twitter jesters below:

what would you call it? genuinely curious for the “he didn’t concede” crowd. Is the standard using the word “concede” ?