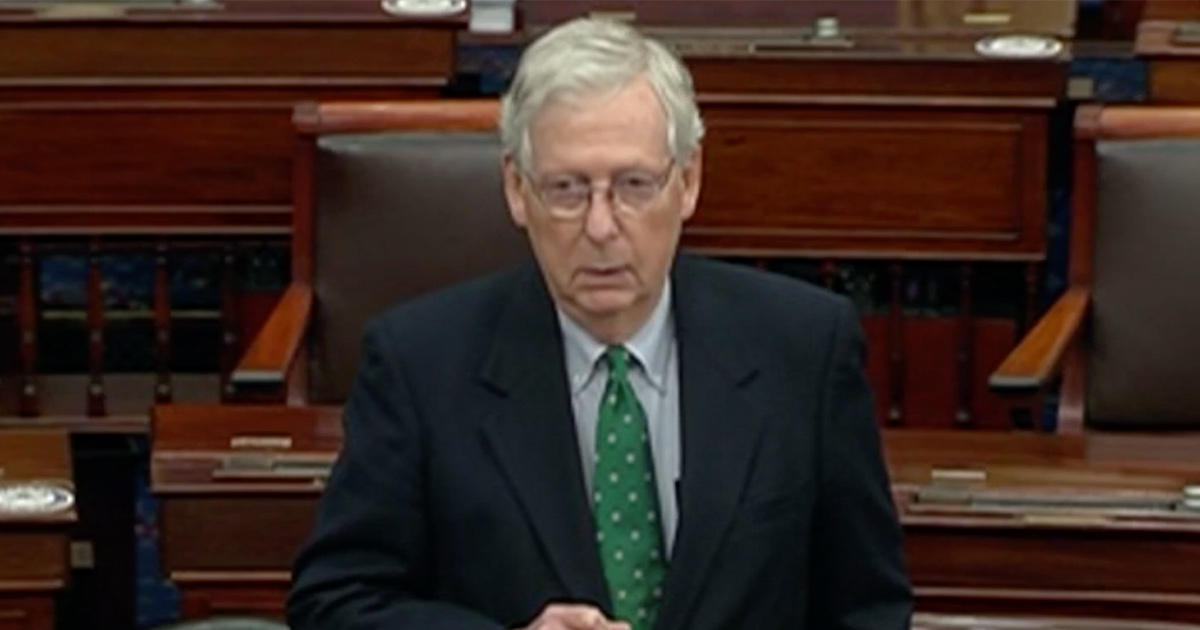 The New York Times reported over the weekend that some House Republicans — a majority of whom backed the failed Texas lawsuit — are planning yet another attempt to challenge the results:

The effort is being led by Representative Mo Brooks, Republican of Alabama, a backbench conservative. Along with a group of allies in the House, he is eyeing challenges to the election results in five different states — Arizona, Pennsylvania, Nevada, Georgia and Wisconsin — where they claim varying degrees of fraud or illegal voting took place, despite certification by the voting authorities and no evidence of widespread impropriety.

Congressman Brooks’ efforts have not gone unnoticed by the president, who is still pushing baseless election claims.

Mo Brooks: ‘Trump Won the Electoral College‘ — I Can Be a Part of the ‘Surrender Caucus‘ or I Can Fight for Our Country https://t.co/8BcvdpY3Qf via @BreitbartNews

As the Times report noted, the rules state that such challenges must include the signature of a senator as well. And as of that reporting, while no senators have said they would back that effort, “a handful of reliable allies of Mr. Trump, including Senators Ron Johnson of Wisconsin and Rand Paul of Kentucky, have signaled they would be open to doing so.”

And now, hours after McConnell’s comments, there’s new reporting saying the Senate GOP leader is warning fellow Republicans not to try and pull any shenanigans to stop Congress’ certification.

Senate Majority Leader Mitch McConnell and his leadership team urged fellow Republicans on a conference call today not to participate in any efforts to object to certifying Joe Biden’s presidential election win in the Jan. 6 joint session, two sources on the call tell Axios…

Sens. Roy Blunt and John Thune joined McConnell in making the case to colleagues today during a private caucus lunch.

Thune in particular apparently said, “It would be great if there were no members that took up that issue.”

As for the House, well…

All eyes are on January 6.

I suspect there will be a little bit of debate and discourse in the Congress as we go through the process of certifying the electors.

There is evidence that still needs to be considered.https://t.co/uTsau9E3st

Every “Republican” that isn’t fighting for @realDonaldTrump’s 2020 landslide victory is supporting the Chinese Communist Party takeover of America.