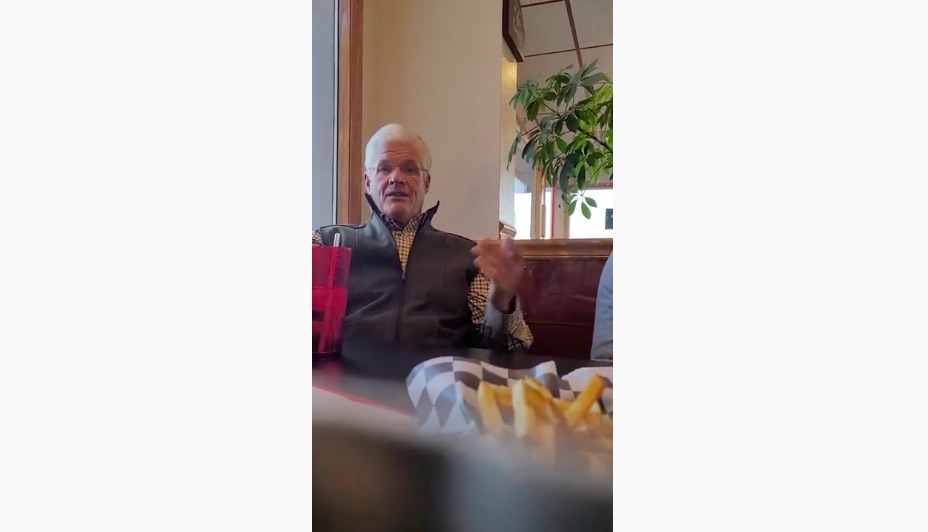 Michigan’s Senate Majority Leader Mike Shirkey (R) issued a vague apology on Tuesday night after a surreptitiously filmed video captured him dismissing the Capitol insurrection as a “hoax” and “staged” and saying he contemplated challenging Michigan Gov. Gretchen Whitmer (D) to a fistfight.

Per a report in the Detroit Metro Times, Shirkey made the comments during a meal with members of the Hillsdale Country Republican Party. The county GOP office scheduled the meeting with Shirkey to discuss its decision to censure him for not pushing back hard enough on Whitmer’s decision to ban firearms from the state Capitol.

During the video, which was posted on YouTube, Shirkey makes a series of absurdly false claims about the attack on the Capitol, pushing a conspiracy theory that it was a some kind of false flag operation to frame supporters of the former president. When asked by one of the Hillsdale Republicans about the January 6th insurrection, Shirkey immediately responds: “That wasn’t Trump people.”

“That wasn’t Trump people. That’s been a hoax from day one,” Shirkey repeats, before adding moments later. “It was all staged.”

This YouTube video captures the entire conversation, but the relevant portion about the Capitol insurrection begins at the 30:50 mark.

In a statement issued on Tuesday, Shirkey tried to quell the backlash for pushing an absurd conspiracy, but he notably did not specify what, exactly, he was sorry for saying.

“I said some things in a videoed conversation that are not fitting for the role I am privileged to serve. I own that,” Shirkey said. “I have many flaws. Being passionate coupled with an occasional lapse in restraint of tongue are at least two of them. I regret the words I chose, and I apologize for my insensitive comments.”

JUST IN: @SenMikeShirkey is apologizing for comments he made in a videotaped meeting with Hillsdale County Republicans. His statement doesn’t say what exactly he’s apologizing for.

He’s on tape saying he contemplating challenging @GovWhitmer “to a fistfight on the Capitol lawn.” https://t.co/doFRPvHTOQ pic.twitter.com/HUyalgCN21

Shirkey was one of two Michigan Republicans who traveled to the White House in the weeks after the election at the invitation of then-President Donald Trump, who was soliciting help to substantiate his “big lie” election fraud claims. Both Shirkey and Michigan House Speaker Lee Chatfield said after their controversial meeting with Trump that had still not seen any evidence of widespread fraud in their state.