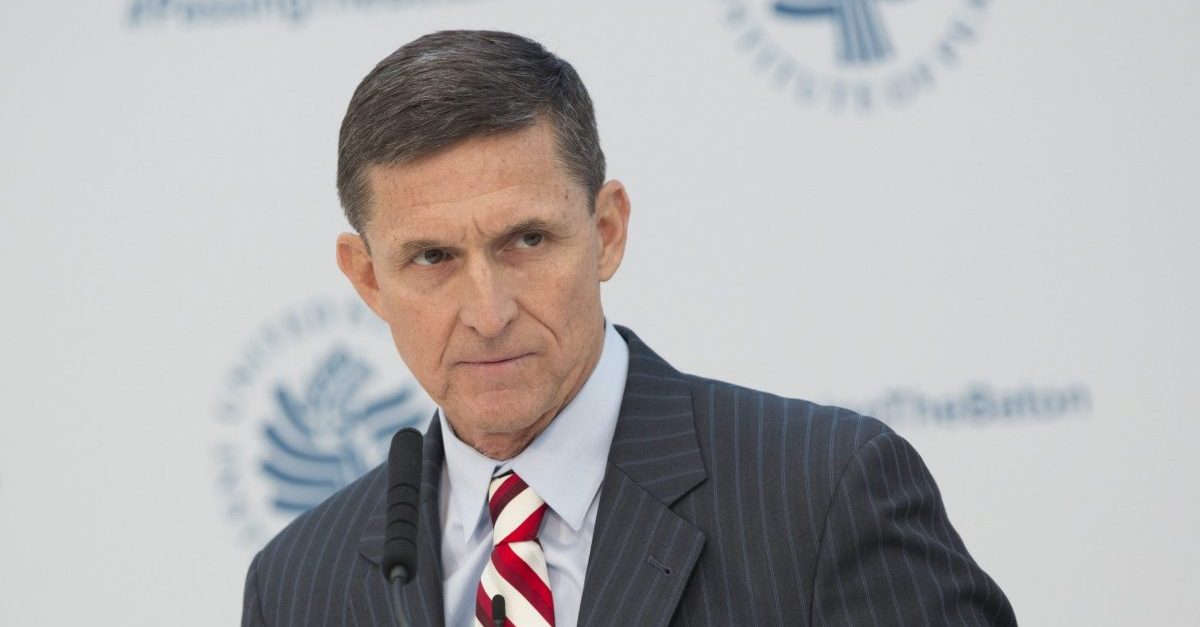 A week after receiving his pardon from President Donald Trump, former White House national security adviser Michael Flynn promoted a call for the president to “temporarily suspend the Constitution” and put the country under martial law.

On Tuesday, weeks after the election Trump lost, Flynn shared a press release from the right-wing We the People Convention imploring Trump to implement martial law. The statement drew a connection to what Abraham Lincoln did with his presidential authority during the Civil War.

“Then, as now, a President with courage and determination was needed to preserve the Union,” the statement says. “Today, the current threat to our United States by the international and domestic socialist/communist left is much more serious than anything Lincoln or our nation has faced in its history – including the civil war.”

The statement goes on to rail against Antifa, Black Lives Matter, “socialists,” the “corrupt media,” and Big Tech, blaming them all for an “attempted stealing” of the election.

There is no evidence of widespread voter fraud that would prove a stolen election, and much of the evidence collected by Trump’s legal team has been thrown out of court.

The statement culminates in a call for Trump to engage in “a limited form of martial law” before the country supposedly plunges into corruption and a new civil war.

When the legislators, courts and/or Congress fail to do their duty under the 12th Amendment, you must be ready Mr. President to immediately declare a limited form of Martial Law, and temporarily suspend the Constitution and civilian control of these federal elections, for the sole purpose of having the military oversee a national re-vote….You must also act, like Lincoln did, to silence the destructive media’s one-sided propaganda designed and proven to influence the election outcome, and end the unlawful censorship of Big Tech, to restore the confidence of the American People in our electoral process or we cannot continue as a nation. Failure to do so could result in massive violence and destruction on a level not seen since the Civil War. Limited Martial Law is clearly a better option than Civil War!

Flynn’s tweet comes shortly after Sidney Powell, the former Flynn and Trump campaign lawyer, amplified a call for Trump to “suspend” the election and “set up military tribunals” to launch an investigation into it. 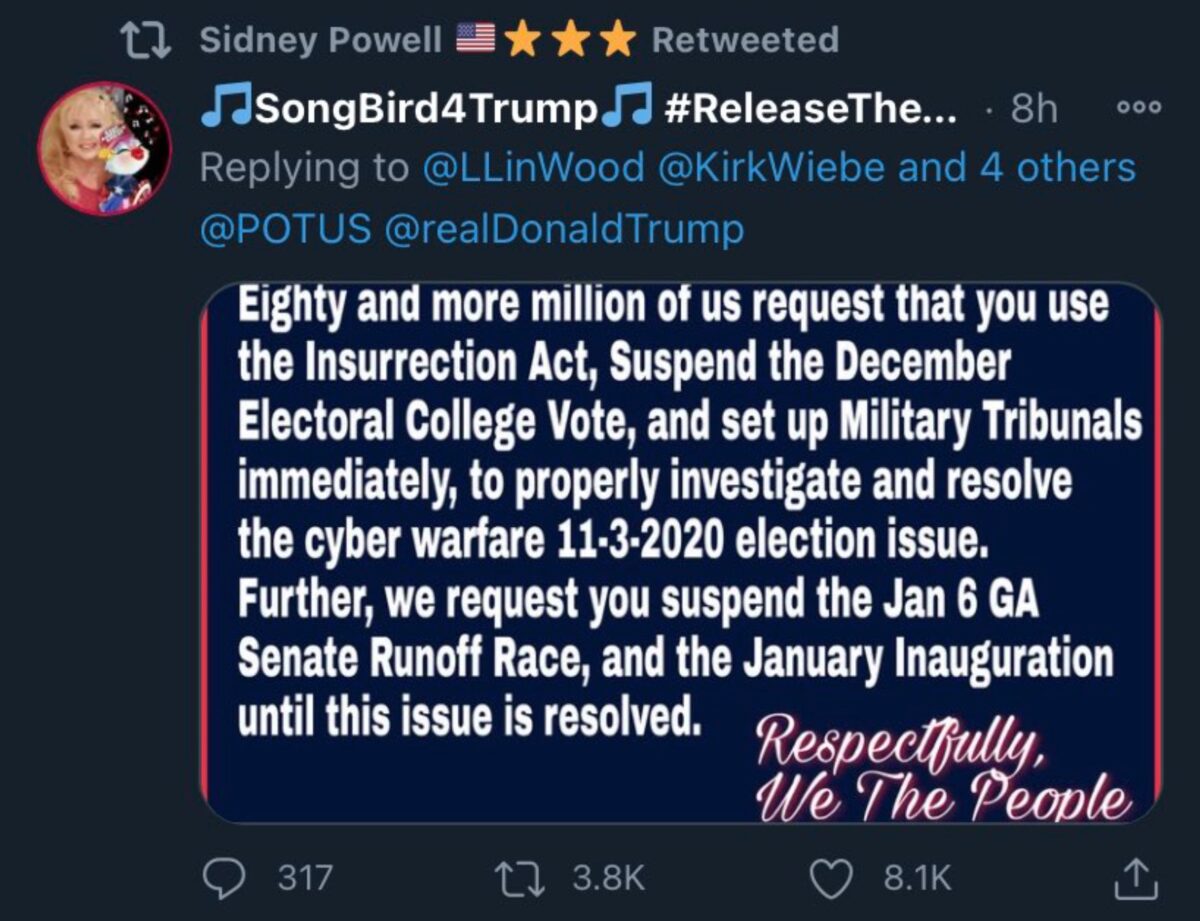 Powell was a member of Trump’s legal team disputing the 2020 election results, but after days of spouting unsubstantiated voter fraud claims and conspiracy theories, she was cut.