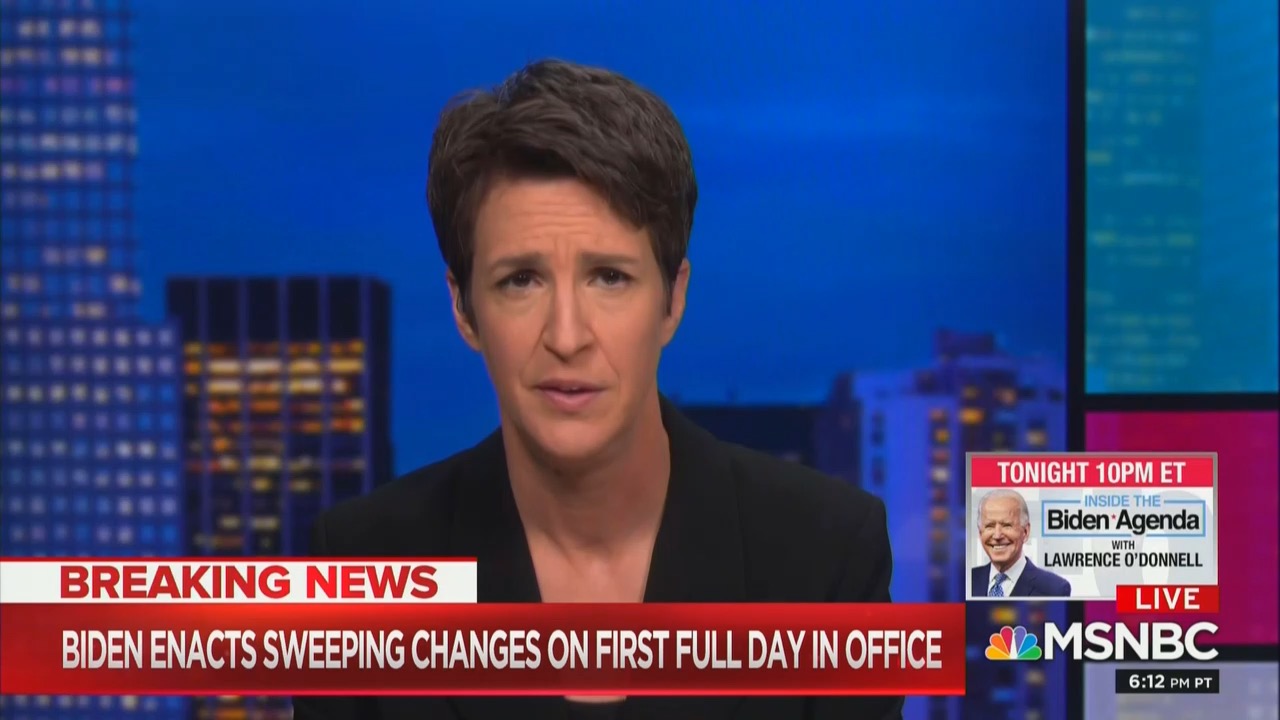 On the first full day of Joe Biden’s presidency, MSNBC had the most viewers in total day, prime time, and the early morning, while CNN continued to dominate with viewers in the key A25-54 demographic.