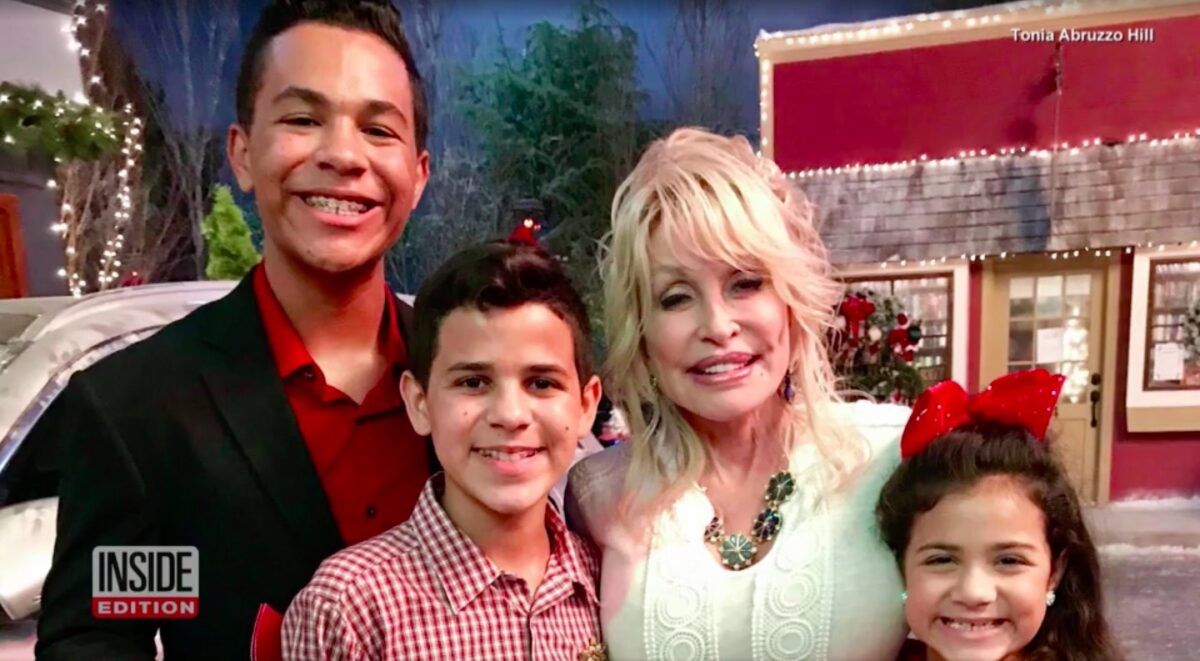 Screenshot via Inside Edition.

Dolly Parton is beloved for many reasons — her long and successful music career, heartfelt and hilarious acting roles, her philanthropic efforts (including a $1 million donation that helped fund the research that led to one of the coronavirus vaccines we’ll have soon) — but for one Florida family, she was literally a lifesaving angel, being in the right place at the right time to save a 9-year-old girl from being hit by a moving vehicle.

The scary incident happened on the set of Christmas on the Square, currently streaming on Netflix. Talia Hill, a 9-year-old singer and dancer from Davenport, Florida, was cast in the film, along with her two brothers.

In an interview Inside Edition had with the whole family — Mom and Dad are also entertainers, working for Walt Disney World — Hill described how she had been on set and they directed the cast to return to their beginning positions to repeat a scene.

“There is a vehicle moving, and I was walking, and then somebody grabbed me and pulled me back, and I looked up and it was Dolly Parton,” Hill explained.

Hill described her surprise at being rescued by the film’s star, and Parton’s response. “Well, I am an angel, you know,” Parton said, referring to the role she plays in the movie.

“I was in shock, and she hugged me and shook me and said, ‘I saved your life,’ and my Mom was crying, like, ‘Yes you did, Dolly Parton, yes you did.’”