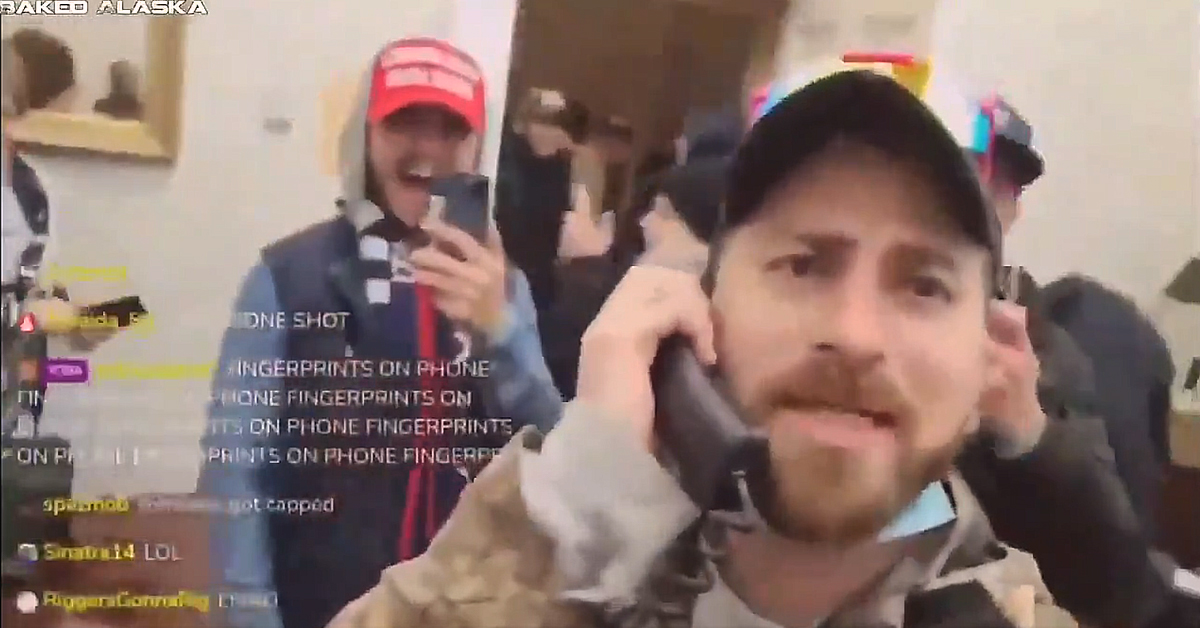 Far-right media figure Tim Gionet, who goes by the username Baked Alaska, has been arrested in Houston on charges relating to the Capitol riot on January 6, 2021.

Gionet is facing multiple charges including “knowingly entering or remaining in any restricted building or grounds without lawful authority” and “violent entry and disorderly conduct on Capitol grounds,” according to the criminal complaint at the Department of Justice.

Much of the evidence of that conduct was filmed, photographed, and uploaded, as well as live-streamed, by Gionet himself.

The arrest affidavit details that “between 2:00 p.m., and no later than 4:00 p.m., Anthime Joseph Gionet, also known as “Baked Alaska” on social media platforms entered the United States Capitol without authorization to do so. While inside the Capitol Building, the defendant conducted an approximately 27-minute long livestream video on the ‘DLive’ platform, noting that he was ‘documenting’ the event.”

“The video was later captured and posted to YouTube and Twitter, where your affiant viewed it,” it reads. “In the video, the defendant and the individuals he is with be can seen in the United States Capitol Building and can be heard chanting, ‘Patriots are in control,’ ‘whose house? Our house,’ and ‘traitors, traitors, traitors….’”

The affidavit goes on like that for some time, noting that Gionet’s own footage shows his face and he is “clearly identifiable.”

He’s not the only rioter who uploaded damning evidence on himself, by any stretch. Some 140,000 photos and videos are helping the FBI track down the perpetrators of the deadly rampage.

Gionet is a former Buzzfeed employee and a popular video blogger on the right. He is also facing unrelated charges in Arizona, and traveling to D.C. violated the conditions of his release, Axios adds.