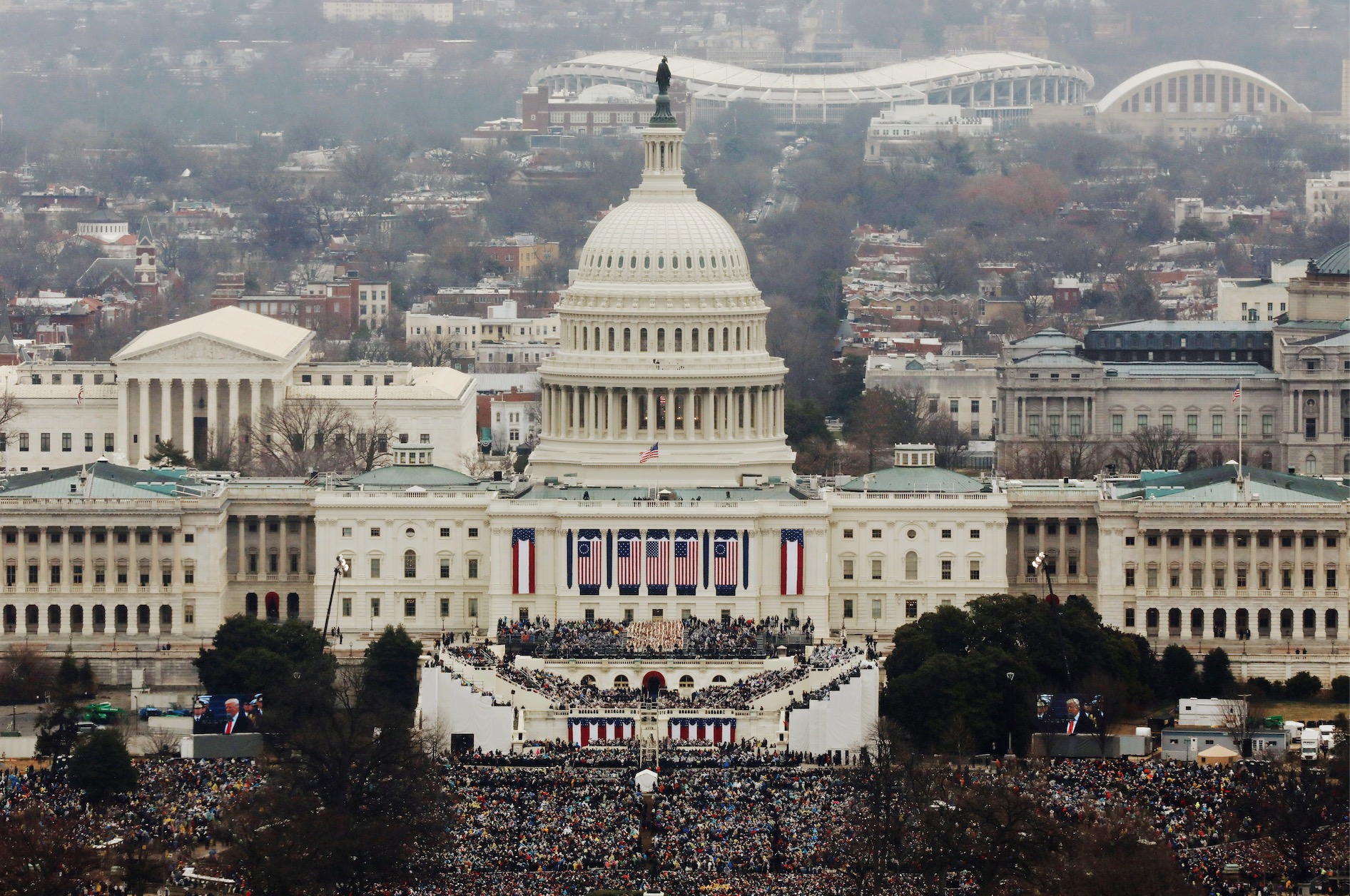 A pair of Eventbrite organizers are seeking to cash in on Republicans hopeful President Donald Trump will turn the election around before Inauguration Day with a bus ride to the event.

“We are anticipating President Trump’s Inauguration in January,” Ashley (Danielle) Weiss and Reggie Skyrock wrote on a description for their $60, non-refundable event. Calling it a “bus trip with patriots” from Maryland, Pennsylvania, and Delaware, the dynamic duo implored readers to sign up, and initially promised the trip would be refundable, writing, “Please reserve your seat now which is FULLY REFUNDABLE.”

A subsequent list of details for the event, which has been active since at least Dec. 21, sent a different message, stating, “No Refunds.”

Eventbrite has declined to remove the event, though its guidelines include a prohibition on “misinformation.” The platform has removed other events from Trump’s supporters, including a March for Trump event in November. Women for America First Chair Amy Kremer, the organizer of that event, said the website cited its ban on misinformation when it gave her the boot. 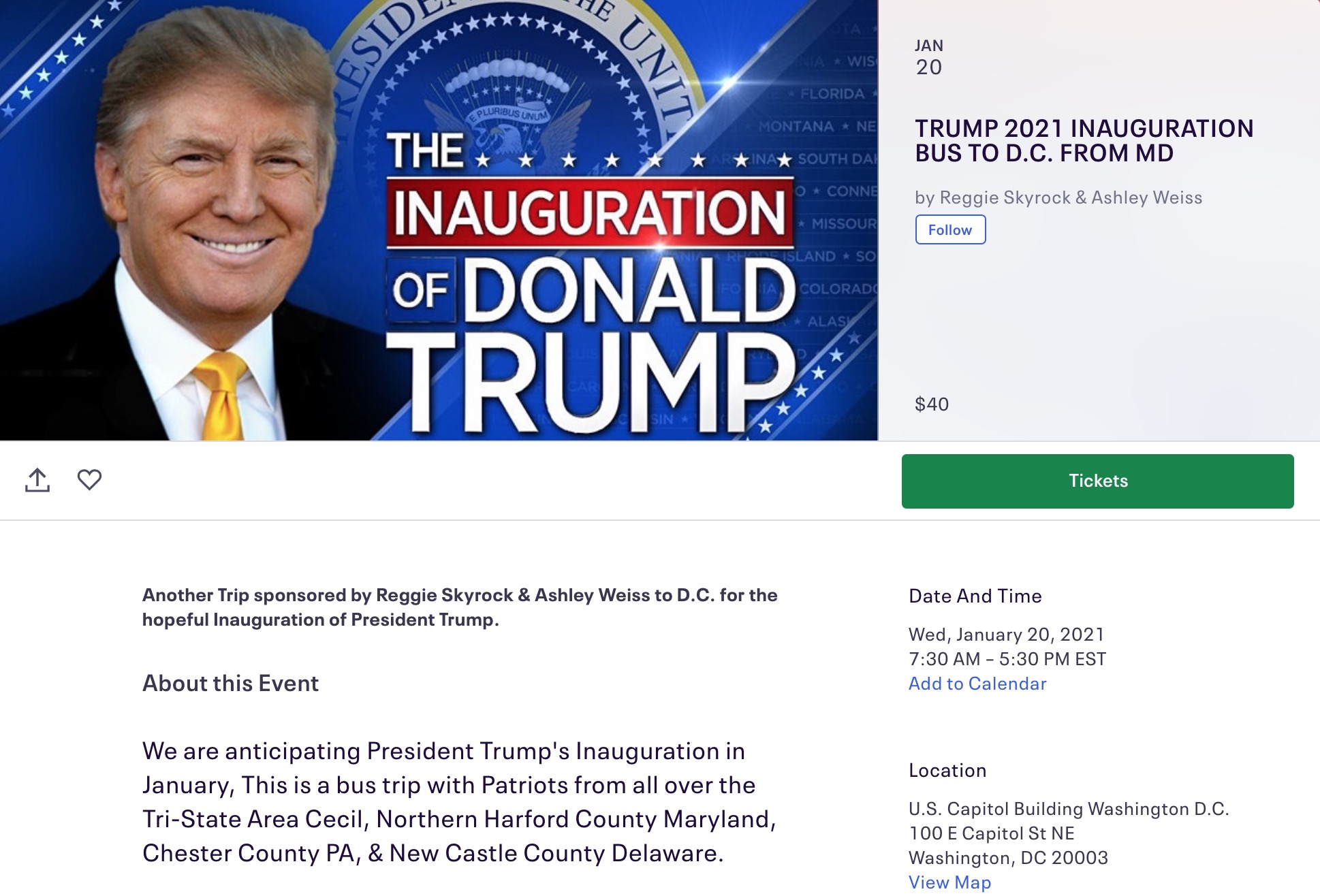 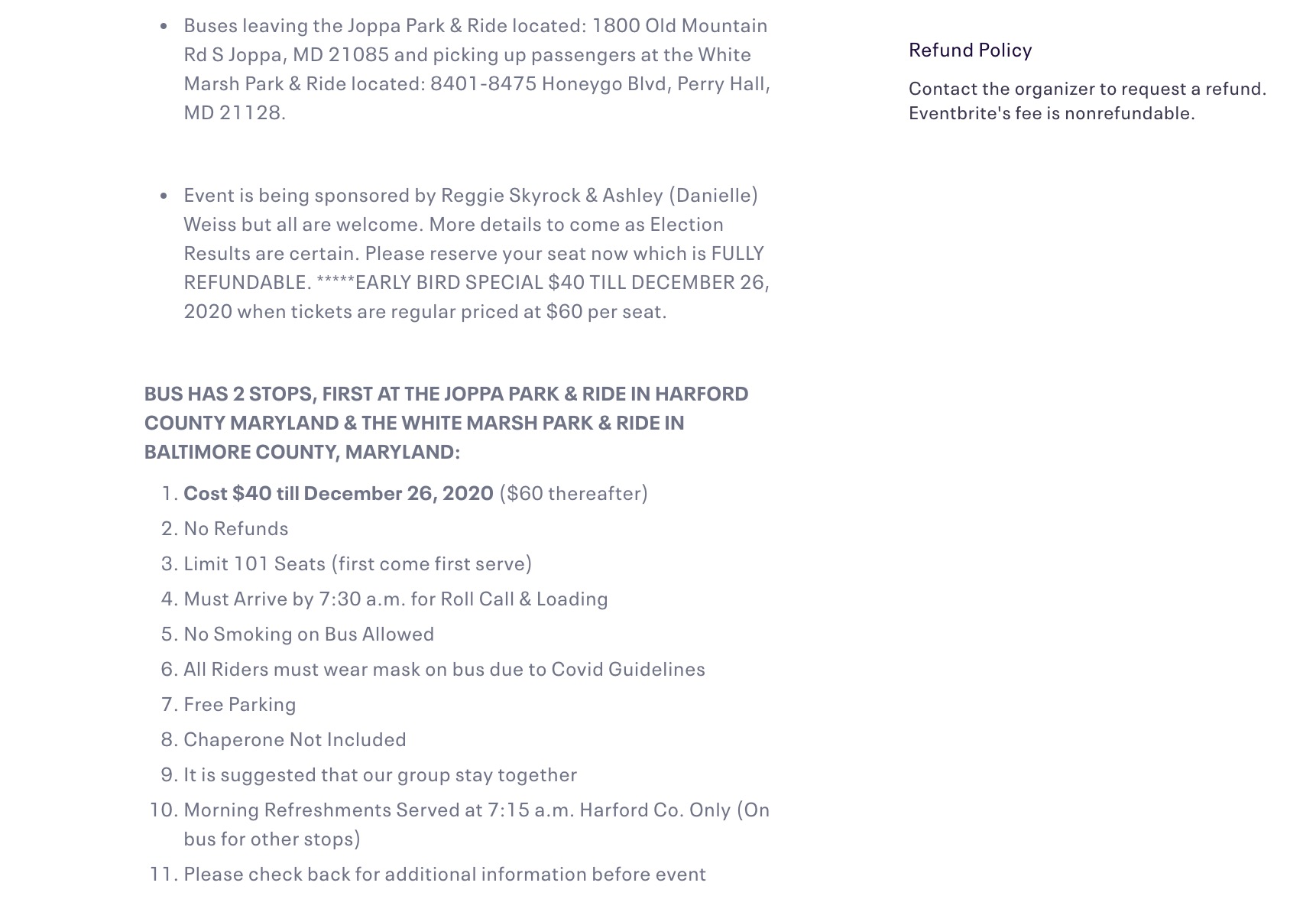 Unlike the incident involving Kremer, the real identities of the organizers of the inauguration bus ride are not clear, though accounts operating under variations of the name “Ashley Danielle Weiss” have heavily promoted numerous bus trips to Washington, while boasting of their success, on a Facebook page for the Republican Alliance of Harford County. “Two coach buses have been filled ALREADY!!!” a user named Danielle Trump wrote in one representative post on Dec. 27. “Let’s fill another coach bus!! 22 seats sold on the 3rd BUS! Let’s get it filled Patriots!”

Another user, Ashley Danielle, expressed a similar message. “THIS IS SHOW DOWN DAY!” the account wrote in a Dec. 26 post. “Let’s get those bus seats secured and Let’s Ride the Trump Train to the end of the line. LET’S GO PATRIOTS!” 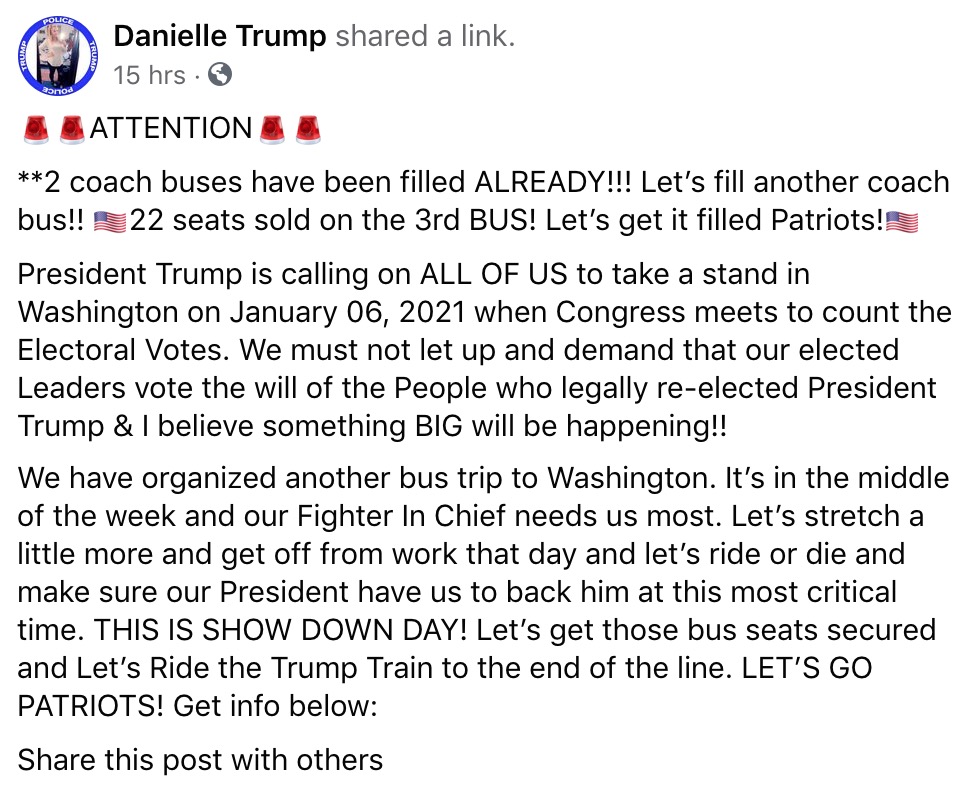 An online search for “Reggie Skyrock” on Monday yielded a handful of results. One page, which claimed he would speak at a “Million MAGA March” in Washington, D.C., displayed a head shot identical to one shown for a “Reggie Little” on a page hosted by the International Association of Internet Broadcasters. An email address associated with Little on that page, which displayed an extension used by employees of the federal Social Security Administration, was offline and returned messages seeking to reach him.

Eventbrite did not respond to a request for comment from Mediaite.