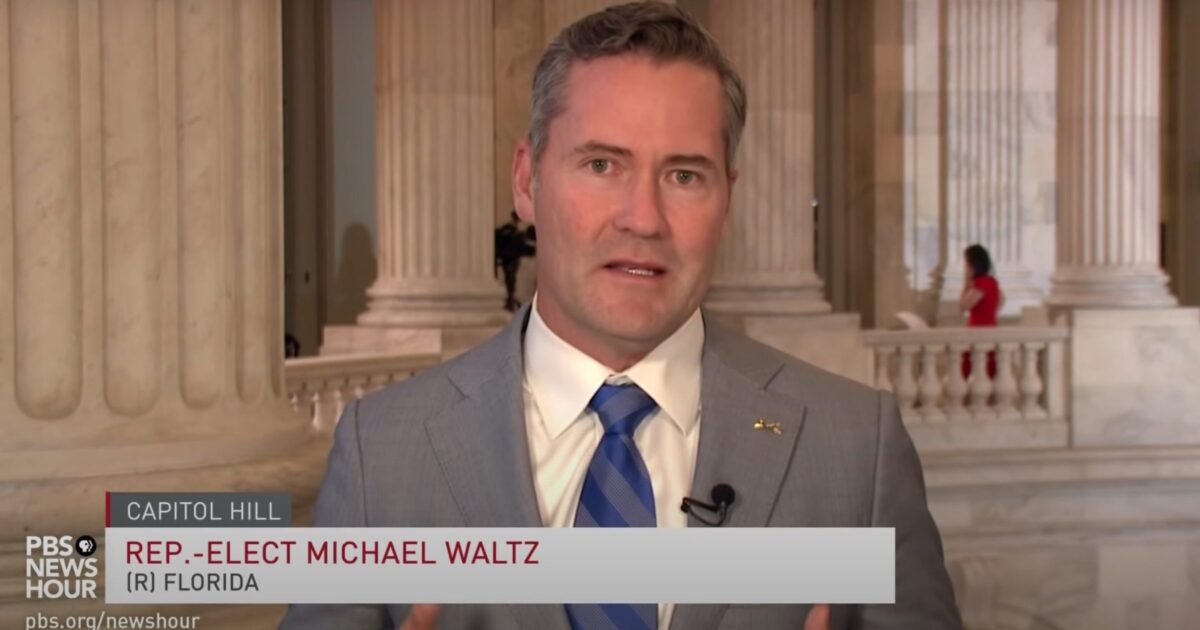 Congressman Michael Waltz (R-FL) was one of 106 GOP House members to sign an amicus brief supporting the Supreme Court lawsuit brought by Texas to overturn the presidential election. Waltz’s participation in this effort was enough to give one outlet which endorsed him some serious buyer’s remorse.

In a scathing op-ed, the editorial board of the Orlando Sentinel declared they were sorry to have endorsed Waltz, a one-term incumbent, ahead of his reelection bid last month.

“We apologize to our readers for endorsing Michael Waltz in the 2020 general election for Congress,” the board wrote. “We had no idea, had no way of knowing at the time, that Waltz was not committed to democracy.”

The editorial board stated that it didn’t occur to them that Waltz would participate in an effort to throw out an election.

“During our endorsement interview with the incumbent congressman, we didn’t think to ask, ‘Would you support an effort to throw out the votes of tens of millions of Americans in four states in order to overturn a presidential election and hand it to the person who lost, Donald Trump?’

Ironically, the Sentinel editorial board actually praised Waltz’s bipartisanship, in their September endorsement. They lauded his working relationship with Rep. Stephanie Murphy (D-FL), and saluted him for acknowledging Russian interference in the 2016 election.

The editorial board called Waltz “serious and thoughtful,” and added that they did not believe he was inclined to be a “presidential manservant.”

On Friday, the Sentinel took those words back — noting that they ought to have viewed the Congressman’s crashing of a Congressional hearing during Trump’s impeachment proceedings as a harbinger of things to come.

“We should have taken that hyperpartisan, juvenile lapse in judgment more seriously, given it more weight,” the board wrote Friday. “Because it really was a red flag, a sign that Waltz’s loyalty isn’t to the Constitution but to a president whose flaws are deep, profound and dangerous.”