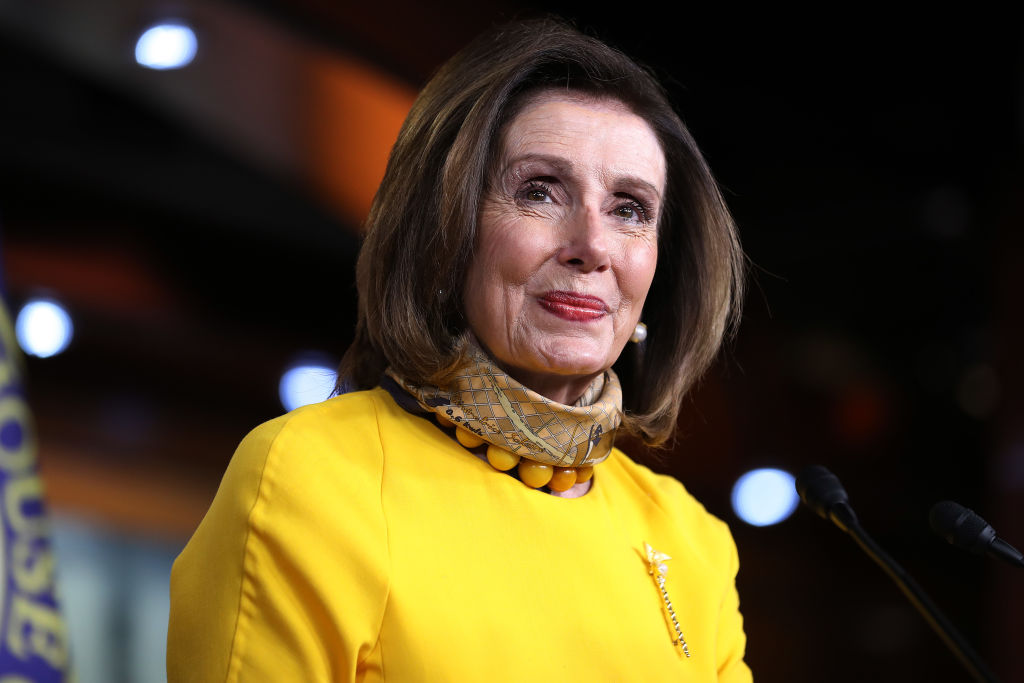 House Speaker Nancy Pelosi (D-CA) reports she had a conversation with Gen. Mark Milley — Chairman of the Joint Chiefs of Staff — about preventing President Donald Trump from firing nuclear weapons in the final days of his term.

In a letter to her Democratic colleagues in the House, Pelosi said that she spoke with Milley on Friday morning to discuss measures to keep the outgoing president from launching nukes.

“This morning, I spoke to the Chairman of the Joint Chiefs of Staff Mark Milley to discuss available precautions for preventing an unstable president from initiating military hostilities or accessing the launch codes and ordering a nuclear strike,” Pelosi wrote. “The situation of this unhinged President could not be more dangerous, and we must do everything that we can to protect the American people from his unbalanced assault on our country and our democracy.”

Pelosi and her House colleagues are reportedly set to move forward with a vote on impeachment early next week if the president is not removed from office via the 25th Amendment.

Read the full text of the letter below:

It is a spirit of pride and with great solemnity that I write to you about the events of this past week.

Thank You to Members Defending Democracy: On Wednesday evening, following an horrific assault on our Democracy, our Democratic Caucus showed to the country and to the world that we would not be diverted from our duty to validate the election of President-elect Joe Biden. Despite the desecration of the temple of our democracy, the House upheld its responsibility to the Constitution and to the American people. My deepest gratitude goes to our scholars – Reps. Raskin, Lofgren, Schiff, and Neguse – and to the delegations of Arizona and Pennsylvania facing objections who made the case for respecting the will of the American people.

Capitol Police: It is with great sadness that I also write to share the news that a twelve-year veteran of the U.S. Capitol Police, Officer Brian Sicknick, died after defending the Capitol complex and protecting all who serve and work here. The perpetrators of Officer Sicknick’s death must be brought to justice. Five people have now died because of the act of insurrection. This is a stain on our nation’s history.

While we are appreciative of the bravery of the Capitol Police, we are disappointed in the lack of leadership. For that reason I called upon the Chief of the Capitol Police to resign, and he has. I have also accepted the resignation of the House Sergeant-at-Arms. Chair Lofgren will discuss on our noon Caucus call how we will move forward with responding to the failures that allowed this tragedy to happen.

Removing the President From Office: As you know, there is growing momentum around the invocation of the 25th Amendment, which would allow the Vice President and a majority of the Cabinet to remove the President for his incitement of insurrection and the danger he still poses. Yesterday, Leader Schumer and I placed a call with Vice President Pence, and we still hope to hear from him as soon as possible with a positive answer as to whether he and the Cabinet will honor their oath to the Constitution and the American people.

Preventing an Unhinged President From Using the Nuclear Codes: This morning, I spoke to the Chairman of the Joint Chiefs of Staff Mark Milley to discuss available precautions for preventing an unstable president from initiating military hostilities or accessing the launch codes and ordering a nuclear strike. The situation of this unhinged President could not be more dangerous, and we must do everything that we can to protect the American people from his unbalanced assault on our country and our democracy.

I am very grateful to Members for your communications regarding what you think should happen. I take your suggestions very seriously as we build consensus in our Caucus as we go forward.

Thank you for your patriotism, your courage and your leadership.