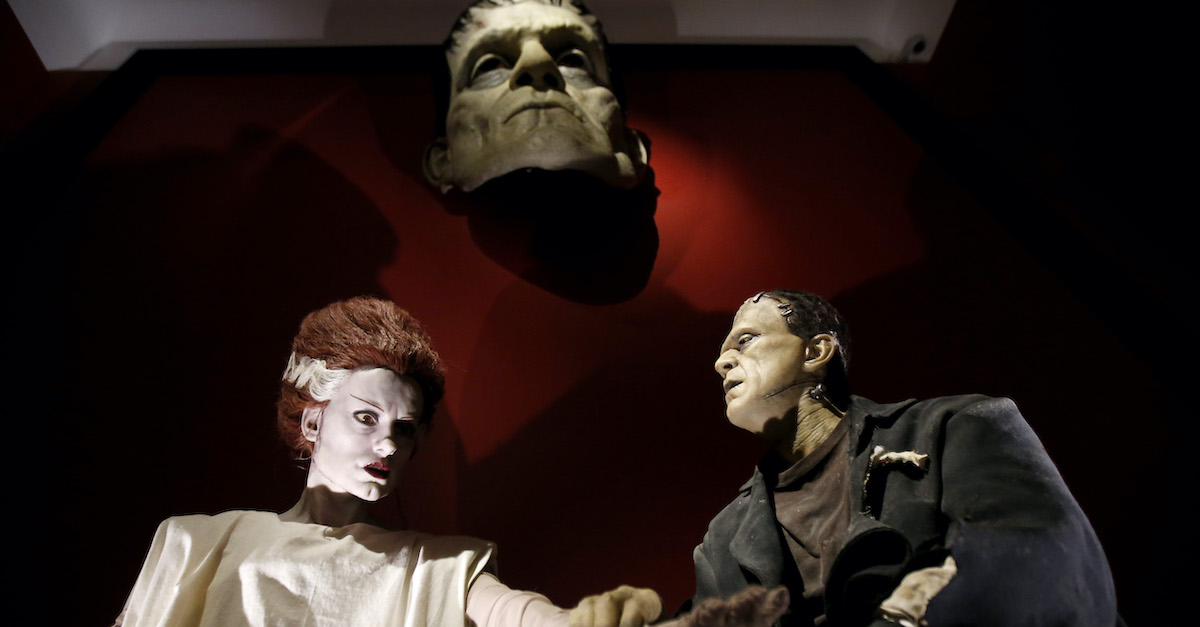 Pieces from the movie “Frankenstein” on display during the exhibition “Guillermo del Toro, At Home with My Monsters”—a collection of personal items and some that he used in his movies—in Guadalajara, State of Jalisco, Mexico, on May 29, 2019.

The Trump campaign’s lawsuit has already been ridiculed by one federal judge for creating a “Frankenstein’s Monster” of legal theories. Pennsylvania went a step further on Tuesday afternoon, urging a federal appellate court to put the beast out of its misery.

“If [the campaign’s] first amended complaint is like Frankenstein’s Monster, ‘haphazardly stitched together from… distinct theories in an attempt to avoid controlling precedent,’ … their proposed second amended complaint is Frankenstein’s Monster’s Monster, randomly re-cobbled together, even more illogical and haphazard than the first,” Pennsylvania’s assistant attorney general Keli Neary wrote in a 43-page legal brief on Tuesday.

The evocative image came courtesy of U.S. District Judge Matthew Brann on Saturday, when he eviscerated what he called Team Trump’s amalgam “strained legal arguments without merit and speculative accusation.”

“In other words, Plaintiffs ask this Court to disenfranchise almost seven million voters,” Brann wrote in a 37-page opinion. “This Court has been unable to find any case in which a plaintiff has sought such a drastic remedy in the contest of an election, in terms of the sheer volume of votes asked to be invalidated. One might expect that when seeking such a startling outcome, a plaintiff would come formidably armed with compelling legal arguments and factual proof of rampant corruption, such that this Court would have no option but to regrettably grant the proposed injunctive relief despite the impact it would have on such a large group of citizens.”

“That has not happened,” Brann emphasized.

Undeterred, the Trump campaign turned to the Third Circuit, despite the fact that the same appellate court rejected the theory at the heart of their case recently. But the Trump campaign delayed actually raising their legal theories in court. This round of appeals seeks only to file another complaint, a request Judge Brann denied.

Pennsylvania said it was time for the Trump campaign to give up the ghost.

“It is beyond time for this baseless litigation to come to an end,” their legal brief states.

The Keystone State certified its vote on Tuesday, a development that did not go unnoticed by its legal team.

“Former Vice President Biden’s certified popular vote lead in Pennsylvania is at over 80,000 votes,” a footnote of the brief states.

The Democratic Party argued in its brief that this fact means the Trump campaign’s lawsuit is “now moot.”