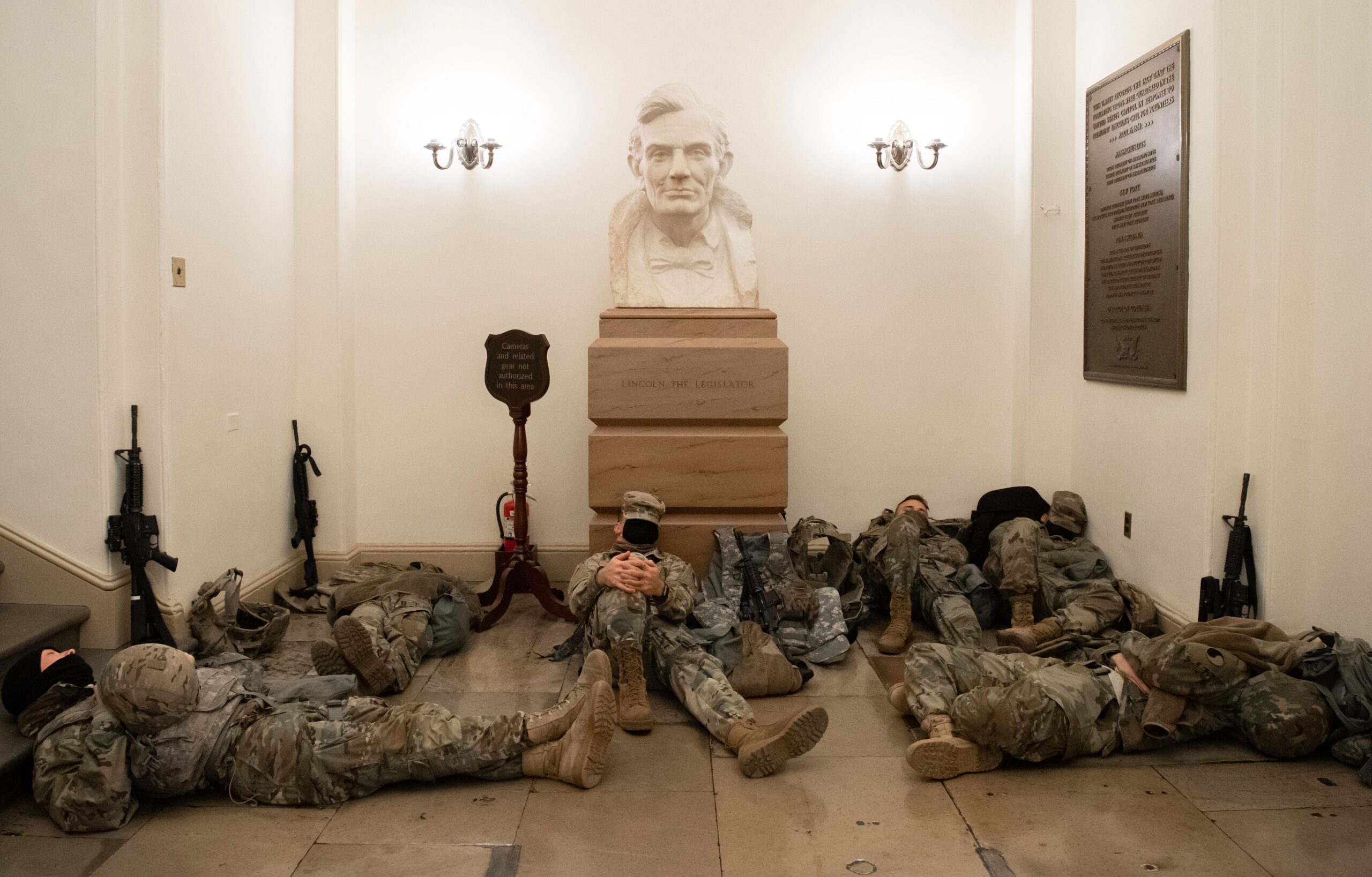 As the House of Representatives assembled to debate whether or not to impeach President Donald Trump, hundreds of armed National Guard troops, deployed to reinforce security, were seen napping throughout the Capitol.

A week after the Capitol was violently attacked by a pro-Trump mob attempting to stop the certification of President-elect Joe Biden’s election victory, members of Congress convened again to discuss charging Trump with “incitement for insurrection.”

Preparing for another assault, considering armed protests are being planned for all 50 state capitols, including the U.S. Capitol, the National Guard was deployed to keep lawmakers safe.

Stunning pictures of the troops, seen sleeping throughout the building on the morning of the impeachment vote, were captured Wednesday: 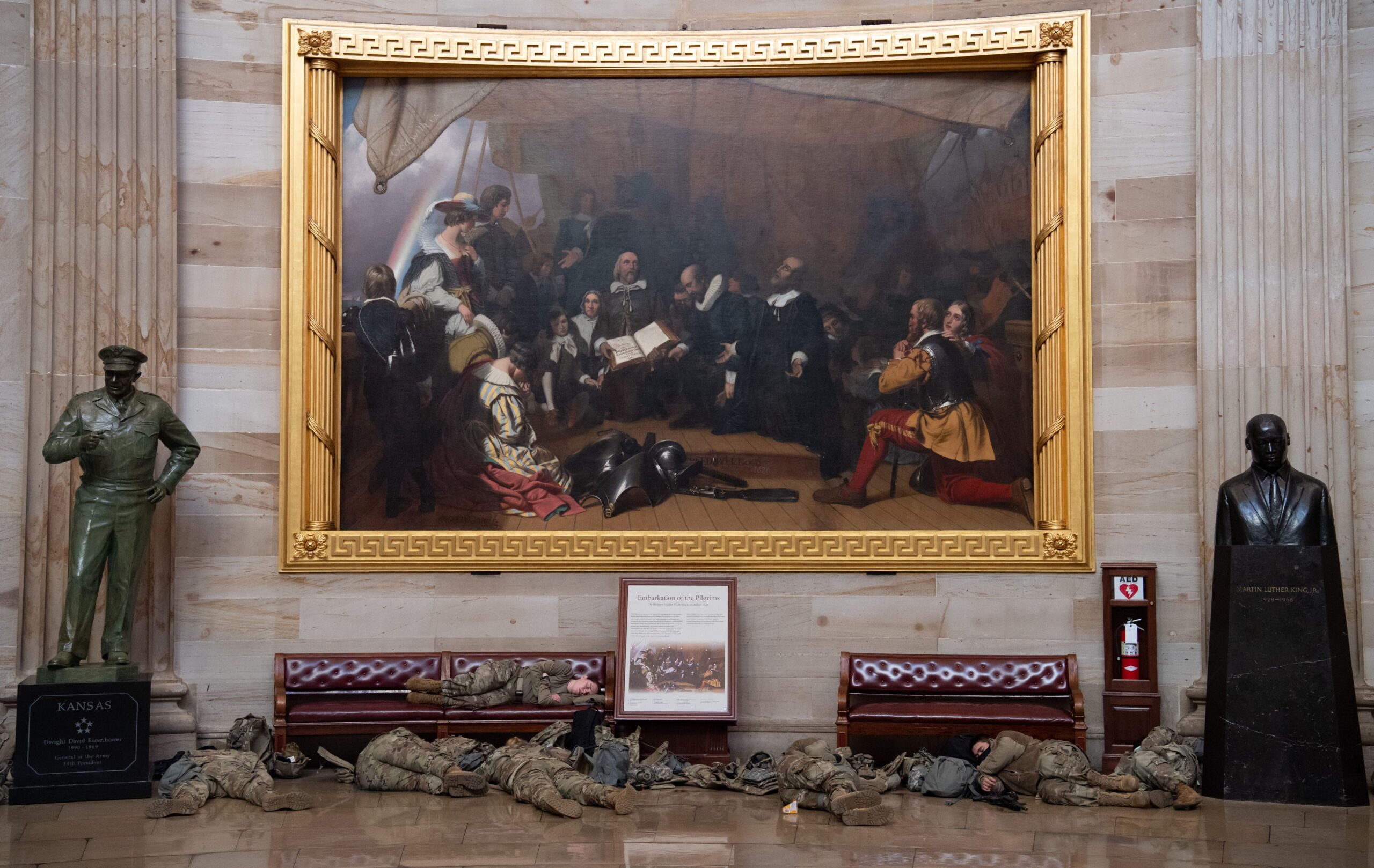 House Majority Leader Steny Hoyer (D-MD) can be seen walking past rows of napping armed troops as he entered the Capitol Building ahead of the impeachment vote: 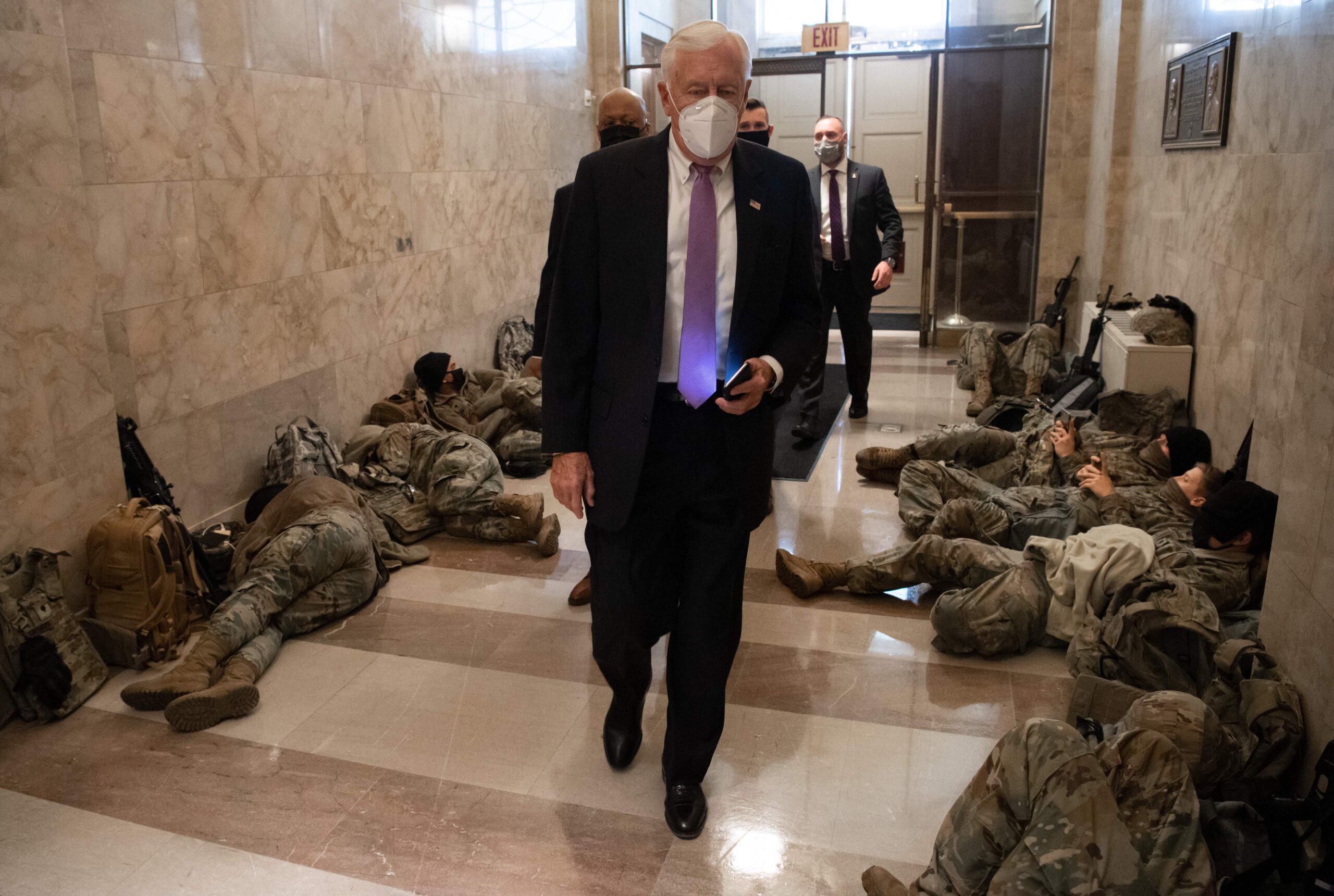 Many journalists reporting on Congress also shared pictures they took of troops covering the building ahead of the vote:

With #impeachment debate beginning today in the US House of Representatives, hundreds of #NationalGuard troops waited inside the #USCapitol Visitor’s Center to reinforce security. https://t.co/uO1unmIiMz pic.twitter.com/4ibMpRG68T

The US Capitol is now a military base. Massive show of force outside. National Guard is armed with rifles and spread just few feet apart along perimeter as House prepares to impeach the president pic.twitter.com/cPspvZMBUF

Reinforcements have arrived in the Capitol ahead of today’s impeachment vote and for inauguration week. All quiet for now.

I spotted the National Guard sleeping in the hallways of the Capitol as I walked in this morning. pic.twitter.com/PzVpQCo5yU