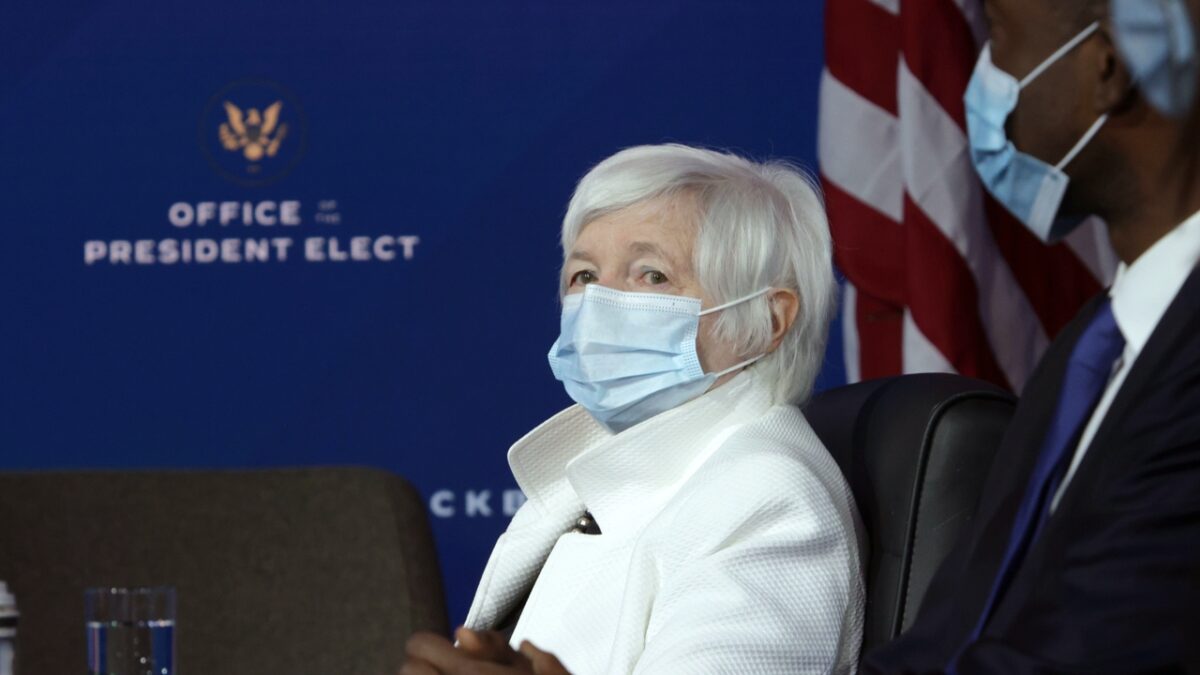 Supporters of President-elect Joe Biden and others tore into Politico over an article that said Treasury Secretary nominee Janet Yellen “raked in” more than $7.2 million for speeches over two years, with many accusing the site of sexism.

The article focuses on financial disclosures from former Federal Reserve Chair Yellen, as well as two other Biden nominees. But it was their characterization of Yellen’s earnings that drew attention:

A pair of tweets to that effect generated thousands of responses, including many ripping them as sexist, or otherwise slamming the article as promoting a double standard.

I don’t know who needs to hear this, but women like Janet Yellen are allowed to earn millions for their expertise just like men are #BidenAdministration https://t.co/OW1EfEJGJN

“How dare that woman make money being an expert on money! TUH!” /s https://t.co/47zztNLDuZ

How many former Fed chairs are running around these days? Of course she’s in demand because she has unique, valuable insight into something most of us have only the vaguest grasp of.

It’s like people forget how payment for service works when there’s a woman involved. 🙄 https://t.co/r6nZyrMOim

(Sigh) Here we go again. So what? Unless she revealed her secret plan to give them all the money in the world while assuring them she’d never regulate them if confirmed, who gives a shit? https://t.co/0h6LHcEYuQ

You never hear journalists talking about each other’s earnings as “raking in.”

When a NYT reporter or Politico reporter gets a huge book deal, they never report it as “raking in.”

It’s somehow earned or deserved or lucky you.

don’t you love how Beltway press switches into Optics gear for Dems and expects everyone to just play along. https://t.co/XopubJTGAh

This doesn’t bother me at all and I’d rather someone rake in money on speaking fees than get rich off their influence in other ways. https://t.co/Fw3fEaXLHx

Saw this earlier. Good for her. She’s making less than comparable men on the speaking circuit.

(Shout out to all my peers who were annoyed about me & other faculty of color talking about honoraria & speaking fees openly with junior colleagues and grad students. Happy New Year!) https://t.co/V65QKyBBz1

I read politico because it is provocative. Accurate and honest… not so much. I think their motto is “Get it first. If it’s not right, we may or may not fix it later “ https://t.co/SdO8ZO42F5

So?? Also this article conflates one-time speaking engagements with consulting work. They are entirely different things. In a speaking gig you convey your own thoughts and ideas to a group who is willing to pay you to hear them. Consulting involves enhancing the co’s bottom line.

The article also had many defenders, who argued that scrutiny is legitimate — but largely ignored the substance of the sexism critique — and many Yellen opponents who agreed with the premise that the speaking fees are untoward.

Good story and absolutely no issues with reporting on where public officials, male or female, have collected large checks.
Not that Yellen will be biased but it’s legit public interest to know this stuff. https://t.co/ttog48py9t

cue bajillions of liberals squealing “UHHH SO WHAT?!?!?!” https://t.co/v8CqCPUyu2

being blackpilled by the amount of replies to this that sincerely say calling out a woman’s corporate bribes is misogyny https://t.co/dHkMYyhsqo

liberals reacting to this and having a tough time coming to terms with the realization that their party is bought and paid for by wall street and big business. https://t.co/Q5IvU85a7J

Expected, of course. But still notable to see all the people who have naturally fretted about how Trump’s nominees made their money suddenly say it doesn’t matter how Janet Yellen or Avril Haynes or others made theirs and whether they might post conflicts of interest.