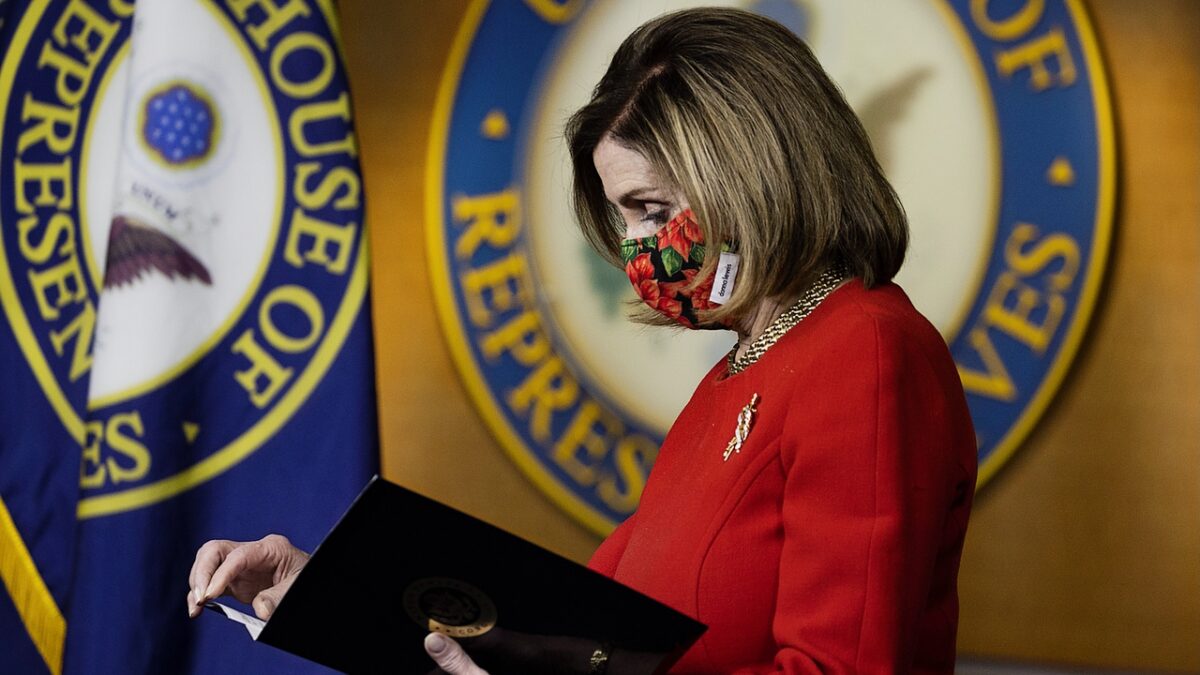 Democratic leaders have leapt on Trump’s demand to increase the payments — to a level that they’ve been proposing for months — by publicly calling for Republicans to hop on board. In a letter to her caucus published Wednesday morning, Speaker Pelosi urged colleagues to stand ready to pass the increase:

Just when you think you have seen it all, last night, the President said that he would possibly veto the bicameral agreement negotiated between Republicans and Democrats. He said he would do so, unless the economic impact payments were increased to $2,000.

In the bipartisan negotiations, Leader Schumer and I repeatedly asked Republicans what would be the highest number the President would accept for direct payments, and they responded with Sphinx-like silence. In the negotiations, they would never go above $600 and in some cases, proposed $500.

Yesterday, I said that Democrats would go to the Floor and ask for Unanimous Consent to bring up a standalone bill to increase the payments. To do so requires the agreement of the Republican Leader. This agreement is necessary in the House and in the Senate.

If the President truly wants to join us in $2,000 payments, he should call upon Leader McCarthy to agree to our Unanimous Consent request.

We are scheduled to go in for a pro forma session tomorrow at 10:00 a.m. We are awaiting word from Leader Hoyer as to whether Leader McCarthy will agree to or reject our Unanimous Consent request.

The entire country knows that it is urgent for the President to sign this bill, both to provide the coronavirus relief and to keep government open.

Whether Trump’s demand was a bluff, a sincere bout with generosity, or a Georgia runoff-influenced bit of political maneuvering, Pelosi and the Democrats are trying their hardest to capitalize on it.