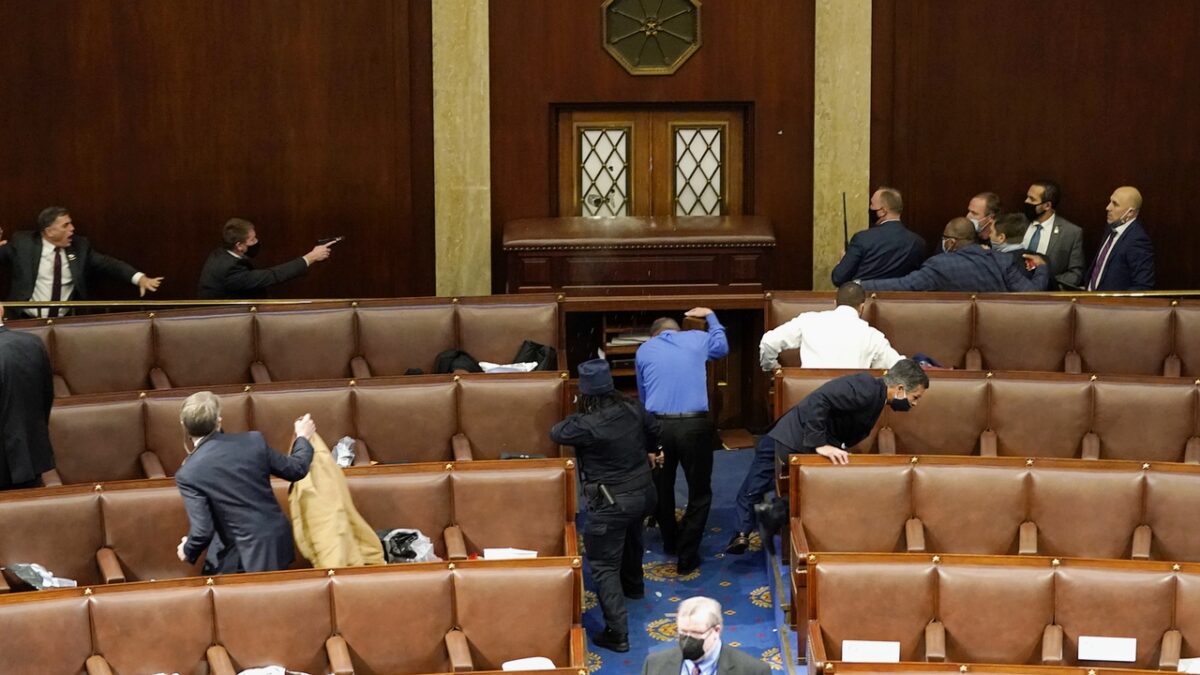 The push to impeach President Donald Trump for a second time started with a text message that was sent from inside the Capitol, as a key Democratic congressman sheltered from the Trump supporters who were wreaking insurrectionist violence at that very moment.

The LA Times‘ Jennifer Haberkorn and Sarah D. Wire reports that California Congressman Ted Lieu — a member of the House Judiciary Committee — was the first to broach the subject of impeaching Trump, in a text message to other Judiciary Democrats:

The committee “should start drafting articles of impeachment now, regardless of what leadership says,” he wrote in the 3:09 p.m. message. “We have seen the consequences of being weak against Trump and not holding him accountable these last couple months. If we don’t do anything besides send strongly worded press releases, then we are complicit in battering lady justice and our Constitution.”

The paper reports that of those members who were able to respond at the time, “the response was unanimous: Impeach.”

Chronologically, the text message fell in the middle of a series of tweets from Lieu that included harrowing details of the siege and condemnations of Trump’s role in it, as well as an even earlier mention of impeachment:

This assault on our nation’s Capitol is a coup attempt and all those involved should be prosecuted as such.

Also, for those Dems saying we shouldn’t impeach @realDonaldTrump again? You are wrong. https://t.co/N2L3wg4rnP

Now is the time for @VP @Mike_Pence to start the 25th Amendment process. https://t.co/GQ0NXhyAK9

Dear @DHS_Wolf: You overrode local authorities and deployed your troops to protect confederate statutes and buildings last year. Where were your folks today to protect our nation’s Capitol? https://t.co/QD8IAjyftk

One person has reportedly been shot on the Capitol grounds. There is a direct link between that tragedy and @realDonaldTrump’s incitement of the attempted coup today. https://t.co/yLiwBkcJOh

Lieu, one of several Californians who played a key role in the impeachment, was holed up in the office of Rep. David Cicilline (D-R.I.) as the mob descended. The two began drafting the article immediately. They were joined by staff on the Judiciary Committee as well as Rep. Jamie Raskin (D-Md.), a constitutional law expert.

That effort came to fruition Wednesday when the House voted to impeach Trump 232 – 197, with ten Republicans joining a unanimous Democrat vote. Lieu will be one of the House impeachment managers who will present the case against Trump at the Senate trial.