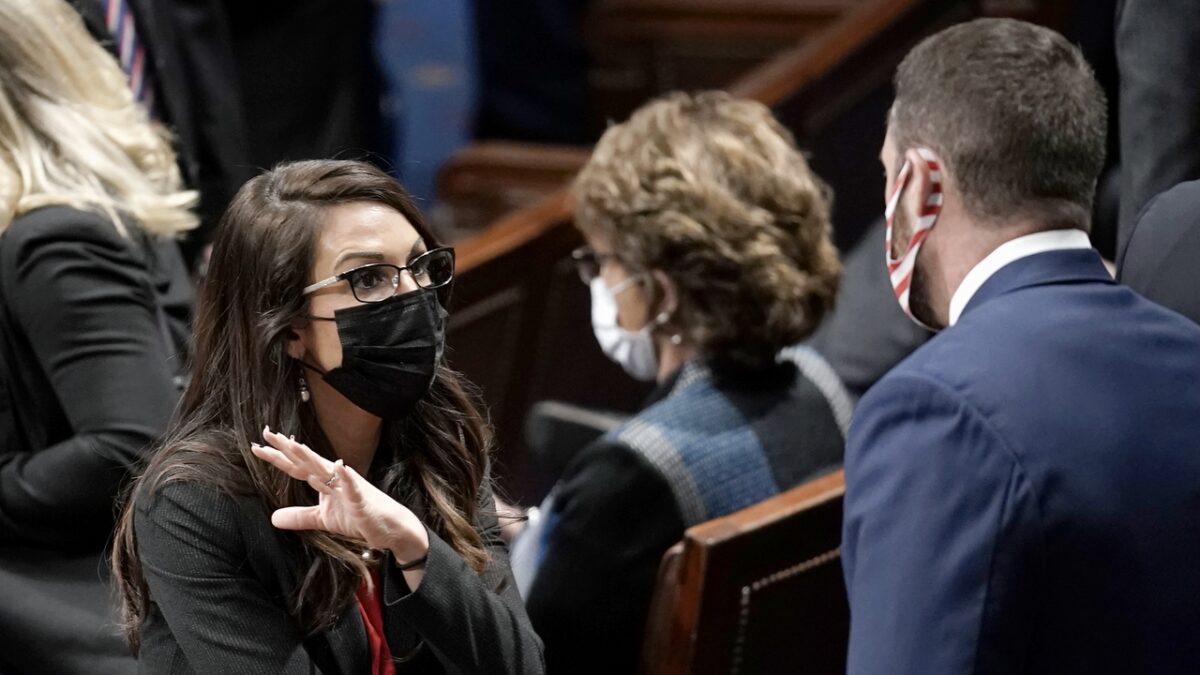 On a House GOP conference call, Freshman Republican Congresswoman Lauren Boebert told fellow GOP members that the Capitol Police may have been involved in last Wednesday’s Trump-fueled insurrection and took heat from her colleagues for tweeting Speaker of the House Nancy Pelosi’s movements during that same attack.

According to multiple reports on the contents of the conference call led by House Minority Leader Kevin McCarthy, Boebert — a conspiracy theorist who tweeted in support of President Donald Trump’s attempt to overturn the election hours before the attack — told her fellow members that the Capitol Police may have been involved in the deadly incident.

But Boebert has herself been accused of aiding the insurrectionists by live-tweeting Speaker Pelosi’s movements during the attack:

The Speaker has been removed from the chambers.

Boebert has denied that was her intent, but according to Politico’s Melanie Zanona and Olivia Beavers, several Republican members took her to task during the conference call for putting lives at risk and espousing conspiracy theories:

With emotions still running high in the conference, there was at least one tense moment during Monday’s call. It started when freshman Rep. Lauren Boebert (R-Colo.) suggested the Capitol Police may have been involved in the riot.

Then, Rep. Jaime Herrera Beutler (R-Wash.) — another GOP member who is weighing impeachment — confronted Boebert for live tweeting the speaker’s whereabouts during the Capitol siege, saying she put all their lives at risk.

Another freshman, Rep. Nancy Mace (R-S.C.), also chimed in, saying she is “disappointed” that the “QAnon conspiracy theorists” are not only leading the party, but also led the election objection effort after members had to walk by a crime scene to get to the House floor.

But Boebert defended herself on the call, saying that was not her intent and asking her colleagues not to accuse her of anything.

Boebert drew attention with her vow to carry firearms into the Capitol, and her release of a campaign video to that effect that later was revealed as a fake.