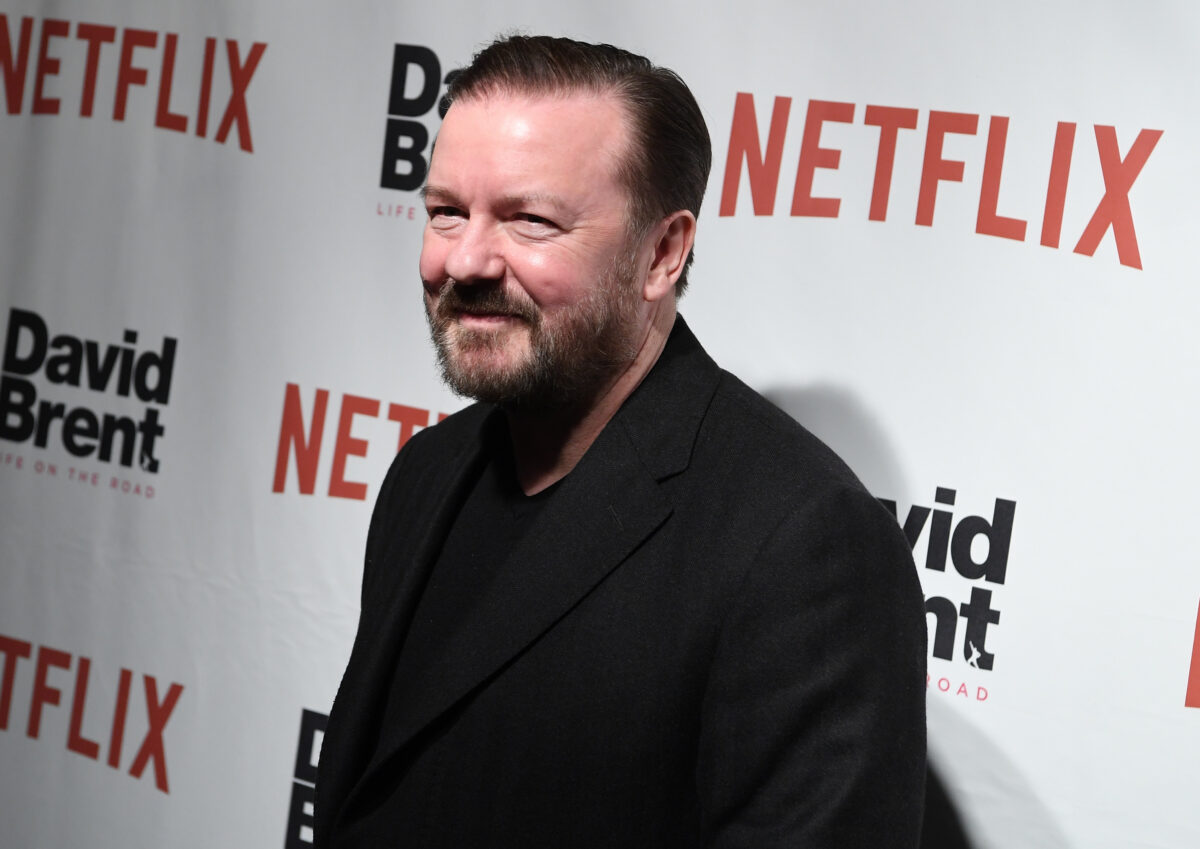 In a new interview, Ricky Gervais railed against cancel culture and the way Twitter backlash results in people losing their careers over jokes.

The comedian addressed the subject on the latest episode of the SmartLess podcast, hosted by Jason Bateman, Sean Hayes and Will Arnett.

“The scary thing is being canceled if you say the wrong thing and suddenly Netflix can take you off their platform,” said Gervais, who went on to note that the timing and context of jokes no longer matter.

“You could be the most woke, politically correct stand-up in the world at the moment, but you don’t know what it’s going to be like in 10 years time,” he said. “You can get canceled for things you said 10 years ago.”

Gervais continued, “The misunderstanding about cancel culture is some people think you should be able to say anything you want without consequences and that’s not true because we’re members of society and people are allowed to criticize you. They’re allowed to not buy your things. They’re allowed to burn your DVDs and they’re allowed to turn the telly off. What they’re not allowed to do is to bully other people into not going to see you.”

Gervais added that cancel culture isn’t relegated to just comedians, saying, “There are some people that are great doctors. They’re getting fired from a hospital because of a bad joke they made on Twitter. That’s not relevant to what they do.”

Gervais, who’s often criticized for off-color jokes he makes on Twitter, also balked at the notion that he could ever be officially canceled. “What is being canceled?” he asked. “It’s having no platform. And what can they do to me? Who’s gonna cancel me? Twitter? YouTube? If I have to, I’ll go to Hyde Park and stand up on a bench and shout shit.”

Gervais also expressed frustration that “no one looks at the argument anymore” when it comes to what’s considered a cancelable offense. “They look at who’s saying it and they make the decision. There is no nuance.”

He continued, “Some of it’s down to politics. Some of it’s down to social media. It’s way too fast. 20 years ago, if you were offended by someone on television you got a pen and paper and you went, ‘Dear BBC…’ Now you fire off a tweet and that tweet goes on the fucking news.”

Gervais went on to describe cancel culture as a form of “road rage,” adding, “It’s things happening too fast that you can’t take back. People dig in and people want to be heard. People want to feel they have an effect. It’s why people heckle a comedian. They want to feel they were there. Now people are heard.”

Gervais also blasted the validity of Twitter backlash and the way it can result in a person being canceled. “An idiot stands next to a genius on Twitter and it looks the same,” he noted. “It’s the same font.”

Listen below to Gervais’ interview on the SmartLess podcast. The conversation about cancel culture begins at the 01:05:30 mark.