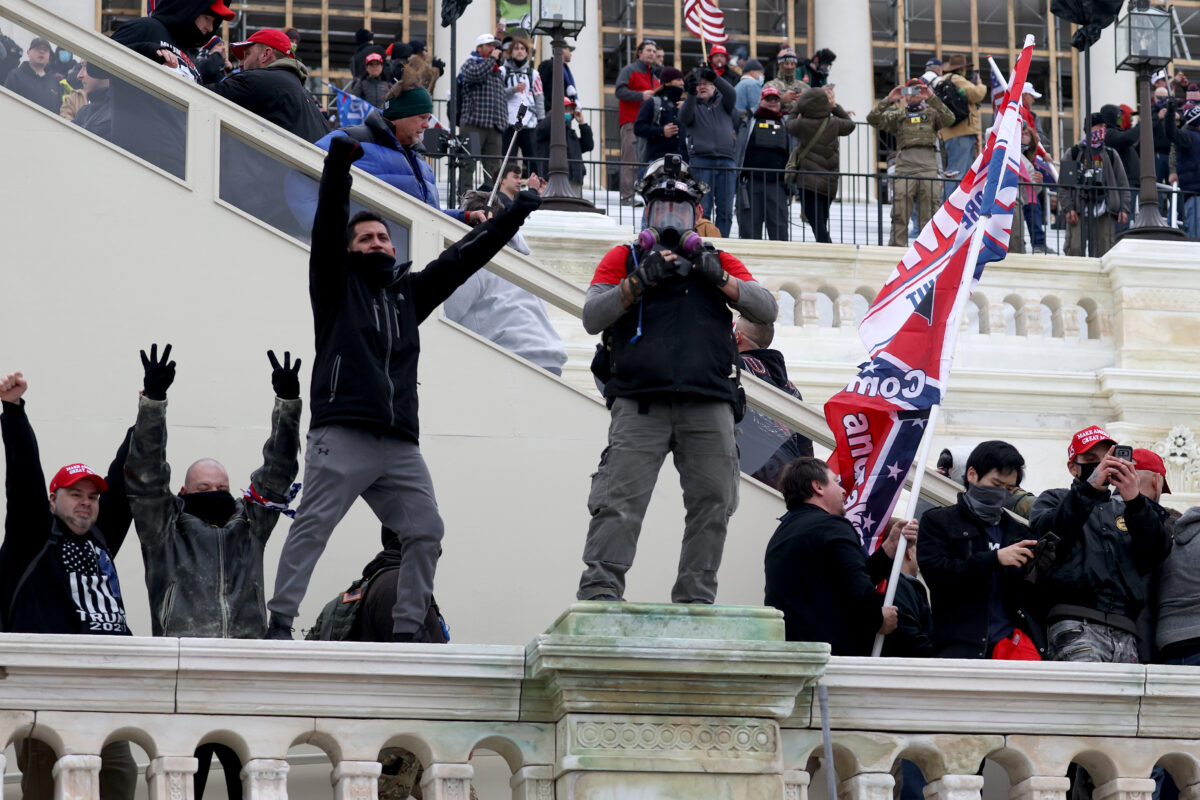 Mattis, who joined with the nine other living former Defense Secretaries in a scathing Washington Post op-ed a few days ago denouncing the suggestion from Trump allies to involve the military in overturning the election, had an even sharper tongue in a statement he released today, taking aim directly at both Trump and his Republican supporters in Congress.

“Today’s violent assault on our Capitol, an effort to subjugate American democracy by mob rule, was fomented by Mr. Trump,” said Mattis. “His use of the Presidency to destroy trust in our election and to poison our respect for fellow citizens has been enabled by pseudo political leaders whose names will live in infamy as profiles in cowardice.”

President Trump’s former SecDef Jim Mattis rips into the President in a statement, saying, “Today’s violent assault on our Capitol, an effort to subjugate American democracy by mob rule, was fomented by Mr. Trump” pic.twitter.com/WCvxcPXpjp

Romney was described by several reporters as “furious” in reaction to the Capitol being breached, and issued a statement expressly blaming Trump and his fellow Republicans who were objecting to the Electoral College vote, which he posted on his official Senate website and linked on Twitter.

What happened at the U.S. Capitol today was an insurrection, incited by the President of the United States. https://t.co/NojKm86sZ2

“What happened here today was an insurrection, incited by the President of the United States,” wrote Romney, citing “a selfish man’s injured pride and the outrage of his supporters whom he has deliberately misinformed for the past two months and stirred to action this very morning” as the cause.

“Those who choose to continue to support his dangerous gambit by objecting to the results of a legitimate, democratic election will forever be seen as being complicit in an unprecedented attack against our democracy,” he continued. “They will be remembered for their role in this shameful episode in American history. That will be their legacy.”

Romney scoffed at the objectors’ claims they were acting on the voters’ behalf, observing that no Congressional audit would overcome Trump’s continued claims that the election was stolen.

“The best way we can show respect for the voters who are upset is by telling them the truth,” Romney wrote. “That is the burden, and the duty, of leadership. The truth is that President-elect Biden won this election. President Trump lost.”

Romney urged his fellow Senators to “not be intimidated or prevented from fulfilling our constitutional duty,” and “continue with the count of electoral college votes.”

Burr struck a similar tone in his statement, saying that he found it to be “clear” that today’s events were “not a defense of this country, but an attack on it.”

Burr noted that he had supported Trump’s reelection and his right to contest the election results in court, but those courts had “now unanimously and overwhelmingly rejected these suits.”

“The President bears responsibility for today’s events by promoting the unfounded conspiracy theories that have led to this point,” wrote Burr. “It is past time to accept the will of American voters and allow our nation to move forward.”

Wow. Republican Sen. Richard Burr: “The President bears responsibility for today’s events by promoting the unfounded conspiracy theories that have led to this point.” pic.twitter.com/swKOYFd9CI

Several other Republicans also voiced strong criticism of Trump, including Gov. Phil Scott (R-VT), who called for the president to resign or be removed from office. “There is no doubt that the President’s delusion, fabrication, self-interest, and ego have led us – step by step – to this very low, and very dangerous, moment in American history,” tweeted Scott. “The fabric of our democracy and the principles of our republican are under attack by the President.”

The fabric of our democracy and the principles of our republic are under attack by the President.

President Trump should resign or be removed from office by his Cabinet, or by the Congress. 6/6

Bush called out his 2016 GOP presidential primary opponent as having “provoked the disgusting events at the Capitol today.”

“He has gone from creating chaos to inciting insurrection,” tweeted Bush, who urged him to accept his defeat and go home to Florida.

The President has provoked the disgusting events at the Capitol today. He has gone from creating chaos to inciting insurrection. Mr. President, accept your defeat, go home to Florida and let our elected officials do their jobs and rebuild confidence in our democracy.